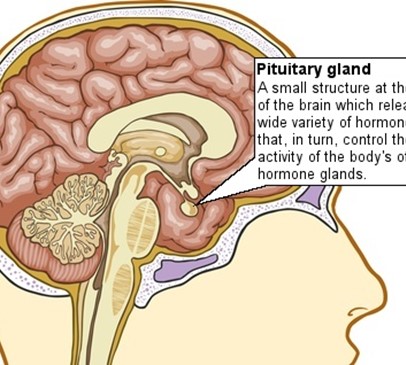 Recent studies have demonstrated that hypopituitarism, and in particular growth hormone (GH) deficiency, is common among survivors of traumatic brain injury (TBI) tested several months or years following head trauma. In addition, it has been shown that post-traumatic neuroendocrine abnormalities occur early and with high frequency. These findings may have significant implications for the recovery and rehabilitation of patients with TBI. Although data emerging after 2000 demonstrate the relevance of the problem, in general there is a lack of awareness in the medical community about the incidence and clinical repercussions of the pathology. Most, but not all, head trauma associated with hypopituitarism is the result of motor accidents. The subjects at risk are those who have suffered moderate-to severe head trauma although mild intensity trauma may precede hypopituitarism also. Particular attention should be paid to this problem in children and adolescents. Onset of pituitary deficits can evolve over years following injury. For the assessment of the GH-IGF axis in TBI patients, plasma IGF-I concentrations, plus dynamic GH testing is indicated. Some degree of hypopituitarism is found in 35-40% of TBI patients. Among multiple pituitary deficits, the most common ones were GHD and gonadotrophin deficiency. In most series 10-15% presented with severe GHD and 15% with partial GHD after stimulating GH secretion confirming that the most common isolated deficit is GHD. Psychometric evaluation together with neurocognitive testing shows variability of disability and the possibility that untreated TBI induced hypopituitarism contributes to the chronic neurobehavioral problems seen in many head-injured patients warrants consideration. Preliminary data, from small pilot, open-label studies show that subjects treated with GH experience significant improvements in concentration, memory, depression, anxiety and fatigue. In conclusion, pituitary failure can occur even in minor head injuries and is poorly recognized.