From the age of 16 Oliver made multiple attempts on his life, but as a highly-intelligent and committed young man, eventually began studying a neuropsychology degree at Bangor University, in 2016.

It was shortly before the start of his second year at University that he made another suicide attempt. This time it would leave him with a severe hypoxic injury that caused extensive, life-changing damage to his brain.

"All through August 2016 Ol desperately wanted support and even reached out for it, but he was isolated and his anxiety meant life was becoming an unbearable struggle,” said Carol. “I tried to help him but felt exhausted and alone.

“On 3rd September I felt an intense worry that something was wrong. I hadn’t heard from Ol and he wasn’t responding to my attempts to contact him. I managed to get in touch with one of his friends, who went around to check if he was OK.

“The friend found Ol’s suicide note, which asked them not to go into the garage but to call an ambulance. Luckily they contacted emergency services immediately, otherwise Ol would not have survived.

“Ol had lit two disposable barbecues in a tent in the garage, causing carbon monoxide poisoning that starved his brain of oxygen.

"I contacted the hospital and police in Bangor to find out where Ol was, to be told he was on his way to hospital in an ambulance, so I began a long drive to be with him.

“When I reached the hospital I was taken to ICU where I saw the almost lifeless body of my son. He had survived miraculously, by seconds. At that point I didn't know it was a suicide attempt, or that we would both remain at the hospital for over a month.

"After a few traumatic days the doctors told me that they would have to turn off the life support machine. I asked them to wait because it was his sister's birthday and I couldn’t let that be the day he died, so they agreed to keep him alive until the following day.” 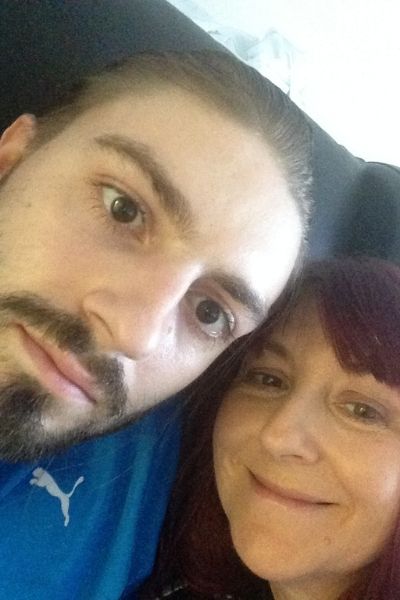 Two weeks after his ABI, Oliver's focus is starting to improve

Amazingly, as I was saying goodbye before the life support was turned off, Ol started to breathe and woke up briefly to say 'I love you'. These would be the only words he spoke for weeks.

This marked the start of a long road to recovery for Oliver, who needed to re-learn everything from speech, eating and drinking to muscle movement and toileting. He had sustained a severe brain injury that would have life-long effects. 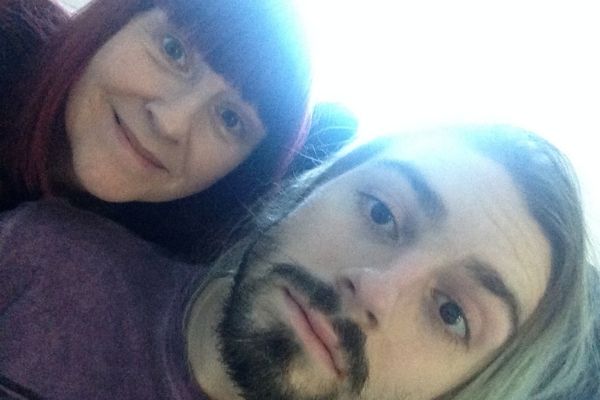 Two to three weeks after his brain injury, Oliver is at Ybytsy Gwynedd and showing improved focus and recognition 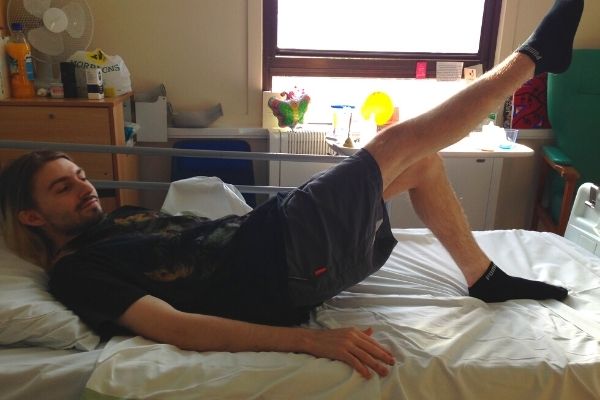 At Bangor Hospital, four weeks after brain injury, trying to get Ol to do physio

While at Bangor Hospital (Ybytsy Gwynedd) he was transferred from ICU to the stroke ward for physiotherapy. He was then moved to Southport and Ormskirk Hospitals, while awaiting funding and a bed on the Syd Watkins Unit at Aintree Hospital, a specialist brain injury unit.

"In those early weeks I hadn't received much information about what the future would be for Oliver, so I Googled 'brain injury' and Headway came up," said Carol.

"I rang the helpline number and it made such a difference. Having a calm, empathetic person on the other end of the phone who understood the trauma and fear, was a lifeline to me.

It's a lonely time, I was alone in an unfamiliar town so having Headway there to support me both practically and emotionally was incredible. 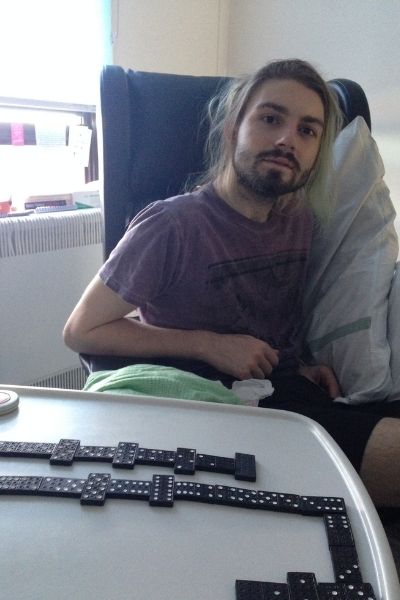 3 weeks after the brain injury, I began playing dominoes and Monopoly with Ol, and continued on most days for about two years 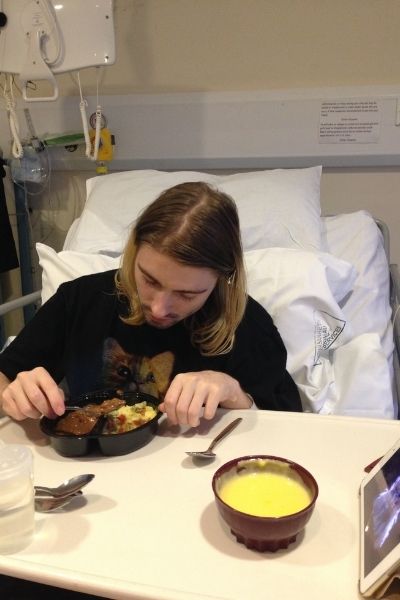 With extra support from Headway’s Emergency Fund, Carol was able to be there for Oliver as he moved from Aintree Hospital to the Transitional Rehabilitation Unit (TRU) near St Helens, who were also able to provide psychological support. He spent nearly two years there, learning how to live independently. 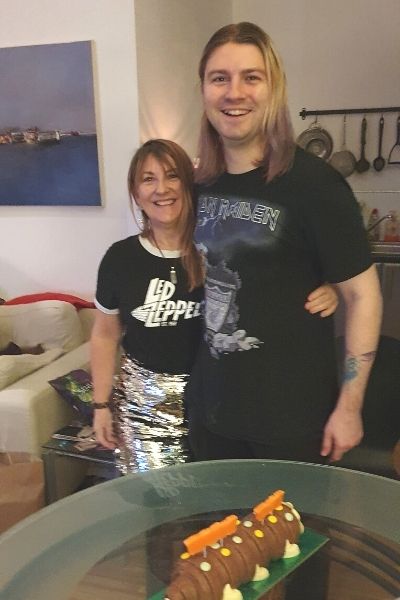 Since then, Oliver has made tremendous progress. Through sheer determination and amazing support from staff at Edge Hill University, he finished his degree and now lives with his girlfriend. Carol continues to provide support whenever it is needed.

"It's been a lot of trauma and it's taken a long time to be able to talk about it, but Ol has accepted his new life and asks for help when he needs it,” said Carol.

“Ol struggles with tiredness and occasional seizures. Executive functioning difficulties mean he’s able to retrieve long-term memories but can struggle with retrieving new memories, although he does have a really good memory for music and football – especially Liverpool FC!

"Ol is such a compassionate person and everyone loves him. He has retained his mischievousness, intelligence, charm and kindness but no longer struggles with severe mental health issues.

"I am so grateful to everyone that’s supported us, from the medical and healthcare professionals to Headway and people that have given me a hug or been there for me. It all means so much. Ol’s sister Hannah did a skydive to raise funds for Headway to say thank you.

To other people in a similar position I'd say reach out for that support. Most people don't understand what you're going through, so getting in touch with Headway makes you feel that you're not alone, they can help emotionally and in practical ways. I would also say don’t give up hope and take each day at a time.