When Georgia Banjo contracted encephalitis at just 16-years old, she feared her life would never be the same again.

Numerous relapses and lengthy periods in and out of hospital made it difficult for Georgia to imagine any kind of meaningful recovery.

She said: “When you’re young you think you have your whole life ahead of you, and then everything changes in an instant. It can be hard to see any kind of positive in that situation.”

Luckily, thanks to a strong support system made up of family and friends, as well as the help of local Headway groups, Georgia has gone on to achieve incredible things, including running a half marathon.

On 13 October, the 27-year old Headway Hero ran the Royal Parks Half Marathon to show her support for the work of the national charity.

Georgia said: “I felt so proud to raise awareness of something so close to my heart. During my training and the run itself I kept in mind all the amazing survivors and carers I have met along the way.”

Georgia’s journey with brain injury first started in 2009, when at just 16-years old she begun having violent seizures. She was admitted to hospital and diagnosed with a rare form of encephalitis.

Georgia was placed in a medically induced coma to stop the seizures and help stabilise her condition.

Despite being discharged just three months later, Georgia relapsed and went on to have numerous stints in hospital over a five-year period.

Georgia, who was in her first year of sixth form at the time, had to take a year off from her studies to focus on recovery.

“For me, a lot of the recovery process was about learning to live with a brain injury,” she said.

“The fatigue could be overwhelming at times, and in the early days I really struggled with memory loss and lack of concentration.

Often the hardest part was explaining to people what had happened and how it had affected me. Because it’s an invisible illness and the effects are often hidden, people assume nothing’s wrong.

“I spent my teenager years not telling anyone about it – I know that wasn’t the right decision – but at the time it was the easiest thing to do.” 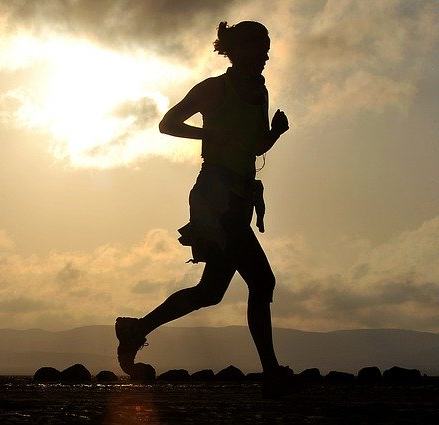 Georgia first learnt about Headway during her initial time in hospital. For many years, she was a keen member of her local group in Cambridgeshire and took part in the group’s Lets Get Going project.

After finishing her A-Levels, Georgia went on to study History at Oxford University.

She decided to transfer to Headway Oxfordshire, which is when she first met Emma Riley, the group’s Community Support Worker.

“The team at Headway Oxfordshire were so supportive throughout my time at university,” said Georgia. “Emma liaised with my professors to help them understand some of the difficulties I was facing as a result of my brain injury.

“But it wasn’t just practical support that she provided – she was also a friendly face and someone to talk to when I felt exhausted. I’m really grateful for everything Emma and the rest of the staff at Headway Oxfordshire did for me.”

To show her support for the work of Headway, and to help raise awareness of brain injury, Georgia decided to run the Royal Parks Half Marathon in October.

“It was so important for me to take on this fundraising challenge because Headway has helped me so much over the years,” said Georgia.

“The thing I was most looking forward to was being a part of the Headway team and running alongside others all driven by a different purpose – and doing a spot of London sightseeing along the way!

Running the Royal Parks was definitely a challenge, but knowing that I was supporting Headway and hopefully raising awareness of brain injury made it worthwhile.