Jane Allberry's son Henry began his third year of studying at Manchester University like any other. He passed exams with ease and enjoyed an active social life as a young independent adult. Little did Jane suspect that a brutal assault would soon turn her easy-going son into a patient at the hospital in Salford where he worked as a medical student.

In October 2013, 20-year-old Henry had just finished watching a football match on TV at the Students' Union and was on his way back to his student house in Manchester when he stopped at a takeaway to buy a pizza.

Henry cannot remember what happened next, though he learned later that two young men had come into the takeaway, one of whom launched an unprovoked attack on him. Just one quick hit to the head was all it took to alter the course of Henry's life.

"After the incident, Henry went home with his pizza," said Jane, who lives in South East London. "It wasn't until a short while later when he started to feel so unwell that his flatmates called an ambulance. Fortunately, one of Henry's friends found our telephone number in his mobile and rang us at around 1am.

"It was difficult to know what to do in the middle of the night. Should we wait for further news or for the trains to start in the morning? My husband Andrew and I quickly decided we couldn't possibly wait and got into the car."

Henry was initially rushed to A&E at the Manchester Royal Infirmary, but doctors sent him almost immediately to the regional neurosurgery centre in Salford for emergency surgery.

Armed only with the knowledge that their son's condition was serious, Henry's parents set off for the hospital.

"I was worried someone would ring us with bad news en route and we would be so upset that we could not get ourselves there," said Jane. "Fortunately, there were no further phone calls and we landed in Salford around 6am.

"We were soon faced with police, nurses and the devastating news that Henry had been minutes away from dying because of a bleed in his brain.

"While everyone was enormously kind to us, no one could forecast the lasting impact Henry's brain injury would cause, though the staff were honest and told us it would definitely be a long haul to recovery."

After spending more than a week in a coma, Henry gradually regained consciousness. Three weeks later, he was transferred to a neurosurgery ward at Salford Hospital before being moved to King's College Hospital to be closer to his family's home in London.

"Henry was heavily sedated but I think he recognised us when he regained consciousness," Jane recalled.

"We spent most of the five weeks in Salford in a daze but we do recall Headway's very nice HATS nurse, Alex, coming to talk to us on a number of occasions. She answered our questions and provided advice and relevant reading material. She also put us in contact with Headway South East London North West Kent, and they were also very helpful and supportive.

"It was good to know there was someone who could answer our questions, even if they seemed quite minor, like how to get a blue badge for the car."

In the early stages of recovery Henry couldn't talk or eat independently and he struggled with limited movement. He finally started having sips of water after about two-and-a-half months and soon started to regain movement in the right-hand side of his body, though it took more than four months for him to be able to walk with support.

After a month at King's College Hospital, Henry was moved to Frank Cooksey rehabilitation unit, based at Lewisham Hospital, where he spent the next five months.

"We were so excited about his move to the rehab unit, because it seemed such a big step forward," said Jane. "But Henry got travel sick in the ambulance on the way to the centre and so they sent him back to King's College Hospital as they could not take anyone who might have vomit in their lungs. It was very depressing thinking we had gone backwards.

"It is fortunate that Andrew is retired as it meant he could become Henry's full-time 'carer' when he was finally well enough to come home. Andrew spent most days driving Henry to different healthcare appointments and encouraging him to do exercises. It was so nice to have Henry home.

"Henry's two older siblings - Charlotte and Edward - have been an amazing support to him, and we have a fabulously supportive group of friends who came to visit him all the time."

After taking a year out of university to focus on his rehabilitation, Henry, now 21, finally lives independently once again having returned to Manchester to continue his studies - more as part of his rehabilitation than to do well in his course.

Despite his ongoing challenges Henry, who switched to a course that was more manageable for someone recovering from a brain injury, was delighted to complete his degree this year with hopes of going back to medicine.

"Parents always worry about their children, whatever their age," said Jane. "But we worry more about Henry as life is not easy for him. We know how lucky we are that he is alive and has recovered so well.

"He is still the same Henry, but it is difficult for him to adjust to a much more restrictive and less entertaining life. It is difficult for Henry to see his old friends having fun and travelling the world on holidays while his great excitement this summer is a three-week intensive rehabilitation course. 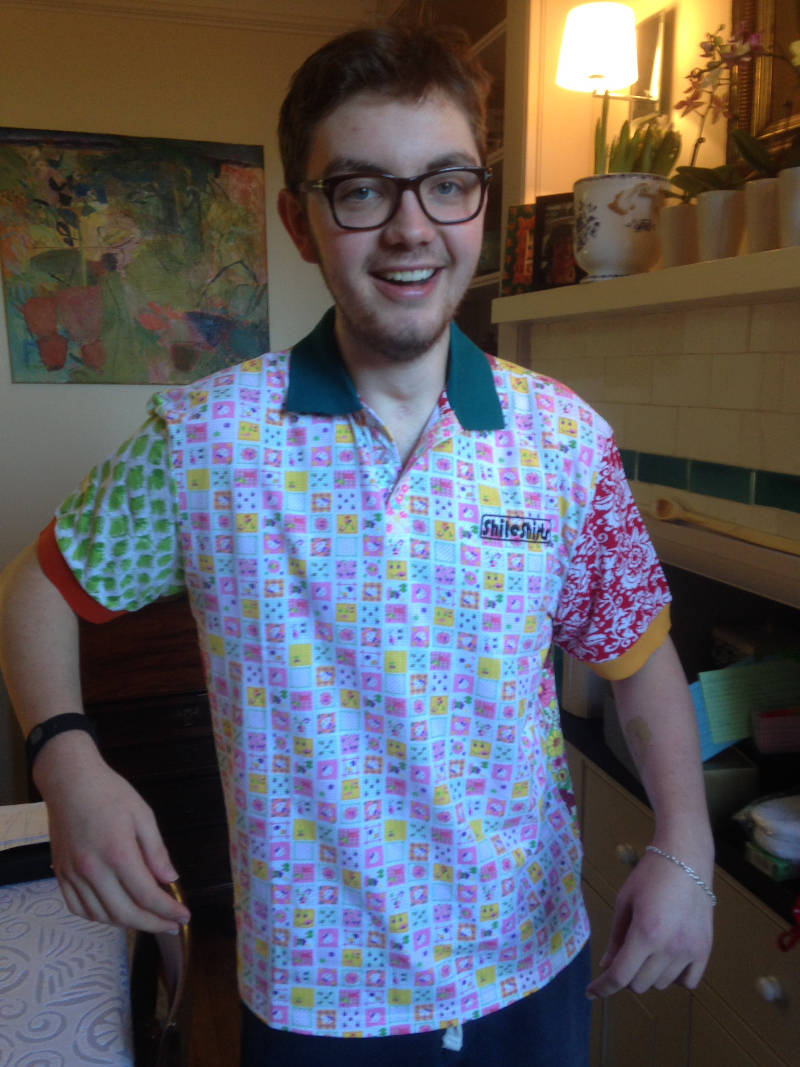 Henry Allberry, after the accident

"The great thing Henry has on his side is youth. He still has a long way to go - he walks slowly with a stick, gets tired easily and struggles with concentration - but if he continues to show the grit and good humour he has shown so far, he certainly won't allow brain injury to stop him doing what he wants to do."