When you sustain a brain injury your life can be brought to a grinding halt and things that were all important to you, suddenly become impossible to achieve.

But as people begin to recover, these previous priorities begin to return.

Employment for many people is one of these things. Work can help give you focus, a routine, and sense of purpose, not to mention the financial aspect.

Sadly for many brain injury survivors returning to work is not an option, but for others, with the right assistance and understanding, they can work again.

Steve Borland’s story of how he returned to working for a steel company following a haemorrhage in 2016, just shows what can be achieved if people are provided with the correct support.

“It all started while I was watching TV,” recalled Steve.

It felt like my head was going to explode. I was in a great deal of pain and started to be violently sick.

“After an hour or so, tried to get some sleep. But I was again violently sick in the night. I thought it may be a migraine but having never suffered from them before, I didn’t know what it was. I had a shift in the morning at 8am, so went to work.

“When I returned, I wanted to go back to bed hoping that I could sleep it off, but my wife rang 111 and they advised I go to casualty at our local hospital who ran various tests and it was confirmed I had a significant bleed.”

Steve was transferred to Hull Royal Infirmary and eventually underwent a coiling procedure and his wife was warned he could be left with significant brain damage.

Thankfully the operation was a success and over the coming months he gradually improved.

But throughout his recovery he struggled with a number of issues, including double vision, anxiety and fatigue.

He said: “I had temper problems where I would get very sharp with anybody for no reason. Thankfully this was only verbal and never physical.

“That put real strain on my relationship with my wife. I also struggled to remember names of both people and objects.

“One big problem was the excruciating headaches I had constantly for the first four weeks. The strong medication could only dampen their effects and nothing at all could make them completely stop.”

Once Steve had reached a point where he believed he had recovered enough to think about a return to work, he agreed plan with his employer.

He said: “We agreed I was to start back at work for only a couple of hours a day and for only two days a week. This gradually increased to five days a week and to full mornings over a period of two months.

“During the period of a phased return, I had regular meetings with Occupational Health to check first on how I was managing with the plan and then if I was able to proceed with the next phase of increasing hours."

Steve said he was very reassured by the way in which his employers never asked too much of him.

He said: “There was never any pressure to increase the speed of the phased return and health was always the main factor. 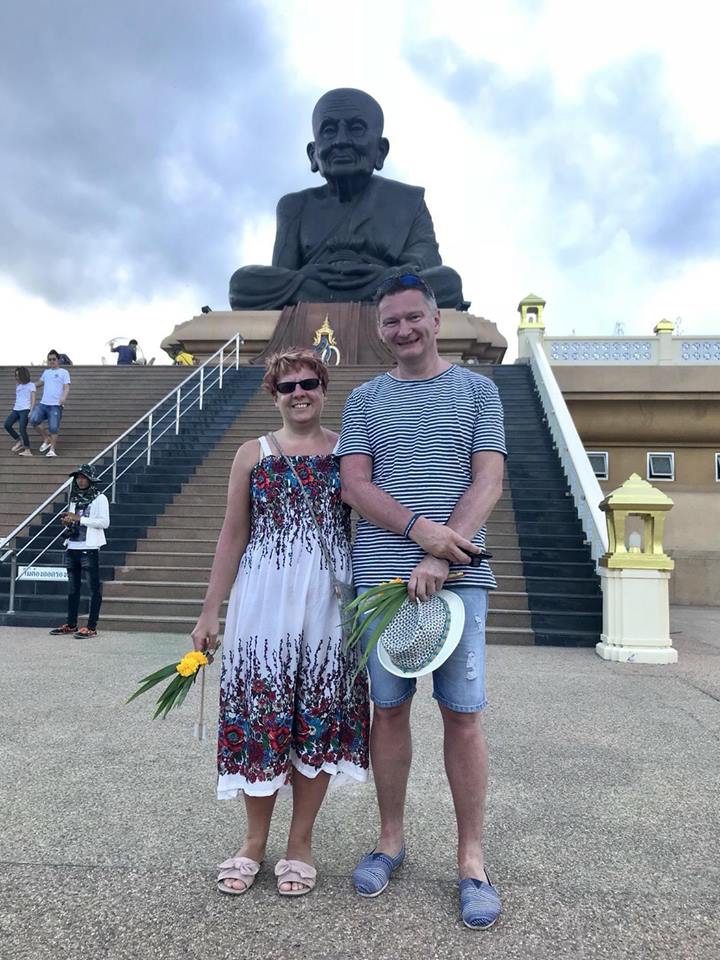 “After each meeting with Occupational Health, my line manager was sent an update which clearly stated what hours I would be working and warned against increasing the hours outside the plan.

“The meetings continued for three months after I had returned to full-time to make sure that I was able to cope with a sustained period of work. After the last meeting in March 2017, it was made clear that there was an open-door policy at the Occupational Health department and I could call back in to see them if issues re-occurred.”

Steve said the main obstacle of going back to work was handling the effects of his fatigue, anger and memory problems.

He said: “For the first couple of months after returning to work, fatigue was a problem. I would go to work for just a couple of hours to start with and be absolutely exhausted when I came home.

“My job is desk based so I was surprised how physically draining a few hours behind a keyboard was.

“I also had to write things down a lot more to make sure I remembered them and put activities into my electronic diary to ensure I didn’t forget the tasks I needed to do but this improved quite quickly.

“I found I could think much clearer after working for only a few weeks.

“I  work in an environment that relies on constant phone and face-to-face communication. Emails are easy, you can take a minute before you send them but having anger issues after a brain injury means there is a risk of offending people when talking directly to them.

“I spoke to my manager about this early on in my return to work and he has been very supportive and forgiving at times.

“I’m very thankful for the understanding and supportive nature in which my employer and manager has helped me adjust to work again, I couldn’t have asked for more.”

Steve said he hope sharing his story would highlight to others who might have sustained a similar injury that returning to work is possible.

He said: “Returning to work for me improved the speed of recovery and I would recommend it where possible. It is very tiring at first, but the stamina builds back up and the brain starts to function better with time.

“I would very much recommend an agreed plan and a phased return. Everyone then knows what to expect, and your own goals on recovery are clear to see. Don’t be frightened to say you need more time if you are struggling.

“I found having open conversations with colleagues and line managers about the injury and about the changes they may notice makes it less of a problem when symptoms show.

“They can’t be expected to understand if they are not aware and very few people understand that when the external scars fade, the injury may still be very still apparent unless they have had first-hand experience of a brain injury or mental health issues.

For some people returning to work is possible after brain injury, but without doubt it will be a real struggle.

I would say be patient though, improvements take a long time and you need to take joy in every little improvement.

6 strategies for getting back to work after brain injury