Too many families reading those words will be able to empathise with the experience of Asher Bourke. The knock on the door or the phone call at an unexpected time, signifying that life would never be the same again.

Asher received a call from a police officer informing her that her boyfriend, Peter, had been viciously assaulted.

“I was told to get to the Queen’s Medical Centre in Nottingham as soon as possible,” said Asher. “They said Peter was fighting for his life on an operating table.

“I felt sick to my stomach.”

Asher faced an agonising two-hour train journey to reach Peter’s bedside; a journey where every mile and every passing minute felt like an eternity.

To help her remain calm, the emerging poet and rapper began scribbling down her thoughts and feelings about Peter.

“On the train to the hospital I couldn’t stop thinking about all the times we shared and special memories,” she said. “I just started to jot them down. I suppose it was a way to channel my worries and cling onto Peter at a time when I thought I might lose him.”

Those thoughts and raw feelings have now been transformed into a new single, entitled True Romance, profits from which will be going to Headway as a thank you for the support the charity has provided to the couple.

Life changed in an instant

In 2015, childhood sweethearts Asher and Peter had just started their second year at university. Both were enjoying success; Peter had been offered a placement at The Southbank Photography Collective, while Asher was a campus radio manager at University of Arts in London and had just been named Media Student of the Year.

In October, Peter went home to Leicester to mark the one year anniversary of his mother’s passing. That night his life changed in an instant after being assaulted by a total stranger while on a night out with his
friends. 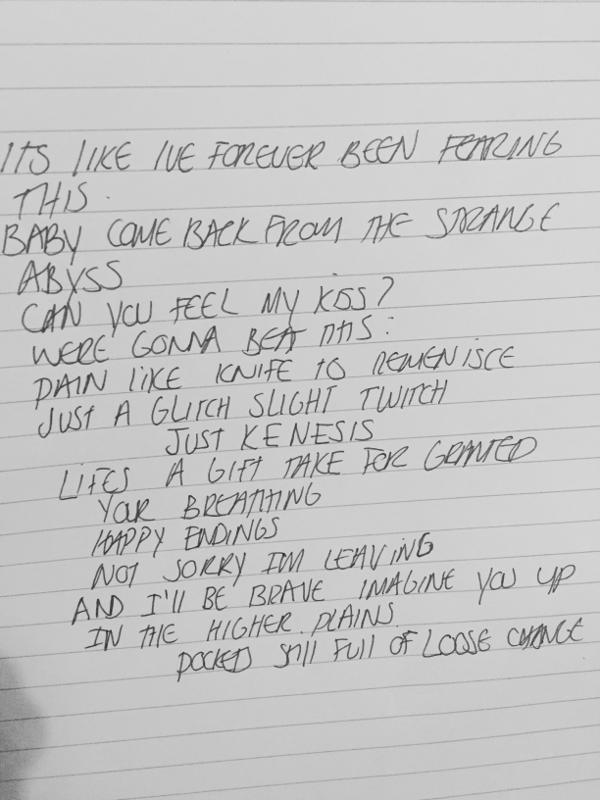 The beginnings of True Romance

He was rushed to intensive care at the Queen’s Medical Centre (QMC) in Nottingham where he underwent surgery to have a part of his skull removed in order to relieve the swelling to his brain. 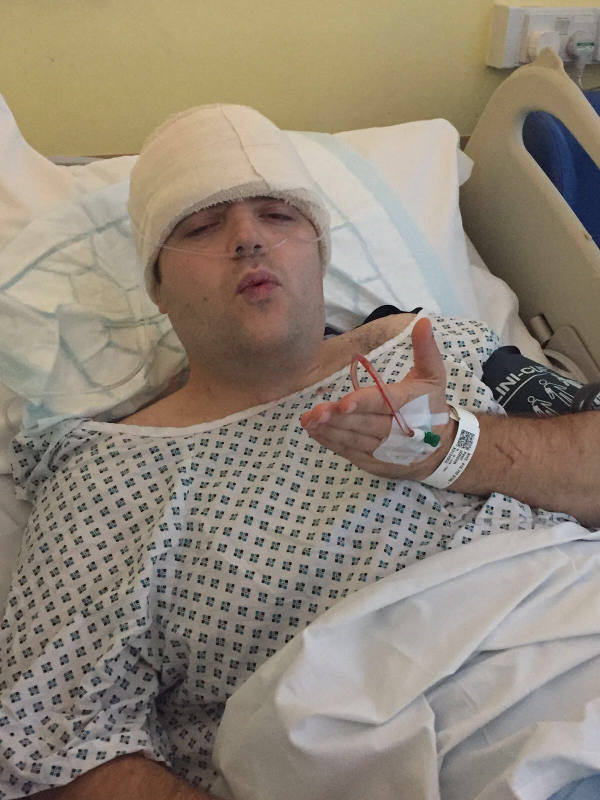 Peter remained in a coma for two weeks, leaving Asher increasingly concerned. It was at this point that she called Headway’s helpline for support.

She said: “Understandably, the nurses in the intensive care unit were really busy and couldn’t always answer my questions; they were keeping Peter alive.

“So I rang the Headway helpline. Right from that first phone call they were so supportive. They have been vital, helping me to understand what was happening with Peter’s care.

“I wanted to know why the nurses kept checking his pupils. The nurses said it was to see if he was brain dead – which really panicked me.

“I again called Headway and they reassured me that this was a necessary part of the process. They always kept me calm whilst telling me the truth.

“They offered emotional support, but also really important practical tips that enabled me and his family to concentrate on Peter.”

'I kept asking for my Mum'

When Peter awoke from the coma he had severe memory problems. He would forget where he was, became confused, and suffered from hallucinations.

One of the hardest things for Peter was when he remembered that his mum had passed away.

“I kept asking for my mum,” said Peter. “I asked my auntie for her number and was telling the nurses to call her, because my mum always made stuff better.

“I forgot she had died. My sister sat me down and told me ‘Mum’s gone’. I had to re-live it over and over again as I kept forgetting.”

After a few weeks Peter was transferred to a brain injury unit in Leicester where he began the long process of rehabilitation. To begin with, he could not feel the right-hand side of his body. He was often delirious and severely confused, but gradually learned how to walk again.

On his eventual return home, Asher became his full-time carer, but the couple struggled to adapt to their new life.

Asher said: “Peter could not be left alone as he had a giant hole in his skull, would pass out, struggled to walk and he had issues controlling his anger. One episode was particularly scary as he tried to get out of a moving car.

“He had moments where he was very low, too, and had a hard time accepting things.”

Again, Asher turned to Headway, this time in the form of her local group Headway Leicestershire, Leicester and Rutland.

She said: “I spoke again to the helpline who told me about Headway Leicester’s day centre.

“I would drop Peter off there, so I could go and do some shopping and get some respite, and Peter could regain some social skills and confidence through being out of the house.

“Although it wasn’t for long, it was so important.”

Peter underwent a cranioplasty operation and his recovery continued over the course of the year.

Asher said: “He had the same brilliant surgeon he had for his initial life saving operation, Maria Cartmill from the QMC.

“I had every trust in her and the team at the QMC. She truly is an angel, but still the thought that Peter was going to have another operation made us so nervous.

“I picked up the phone and gave Headway a call. Looking back, they were there with us for every step of the way.

“I remember calling them when I was very upset whilst Peter was in surgery. I was freaking out but they just listened, reassured me and helped to calm me down. They were great.”

Now the couple are about to embark on the next chapter of their lives.

“We are both going back to university to complete what we started. We are living in London and feel good about life again,” said Asher.

“There is lasting damage. Peter has epilepsy now and he still has problems associated with the injury. We have a long way to go, but we consider this to be a huge success story.

“I remember a point when I just wanted him to be alive. The moment he woke up was a success, but to be back at university, finally being able to move on, is more than we’d ever dare hoped for.” 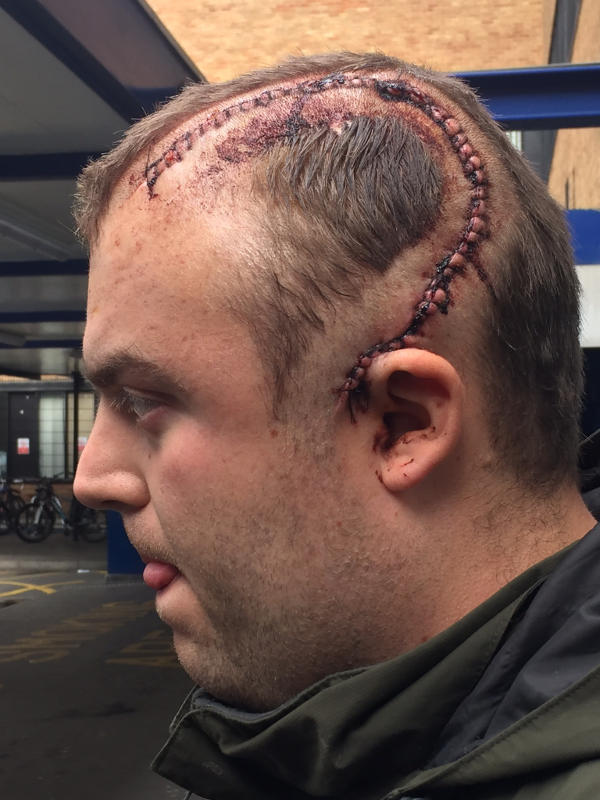 “I remember a point when I just wanted him to be alive. The moment he woke up was a success, but to be back at university, finally being able to move on, is more than we’d ever dare hoped for.”

Asher performs under the name Asher X. She recently released her first song for the record label HQ FAMILIA. It got 125,000 views and was played on BBC Radio though Dean Jackson’s BBC Introducing show. Her latest track, True Romance, is based on her initial thoughts and feelings jotted down during her difficult train journey, along with her experiences of supporting Peter and her feelings about those who assaulted him.

It also reflects on the impact a brain injury can have on families.

Asher said although creating the song was at times difficult, she said it was worth it to be able to raise awareness of brain injury and say thank you to those who helped.

She said: “Performing the song back for the recording was very hard and it stirred up a lot of emotions. I broke down a number of times and struggled to get the words out.

“I hope that people will relate to my lyrics and I think no matter what you are going through and how awful it is, just to connect and know you are not alone and that your feelings and experience match those of others, will help.

“I also want to raise awareness about brain injuries, the assaults that can cause them, and about the families and people who go through them.

“But mainly I want to shout about Headway and all the amazing work they do.”

True Romance is available on Apple Music and Spotify.

All proceeds will be donated to Headway to support its work to improve life after brain injury. 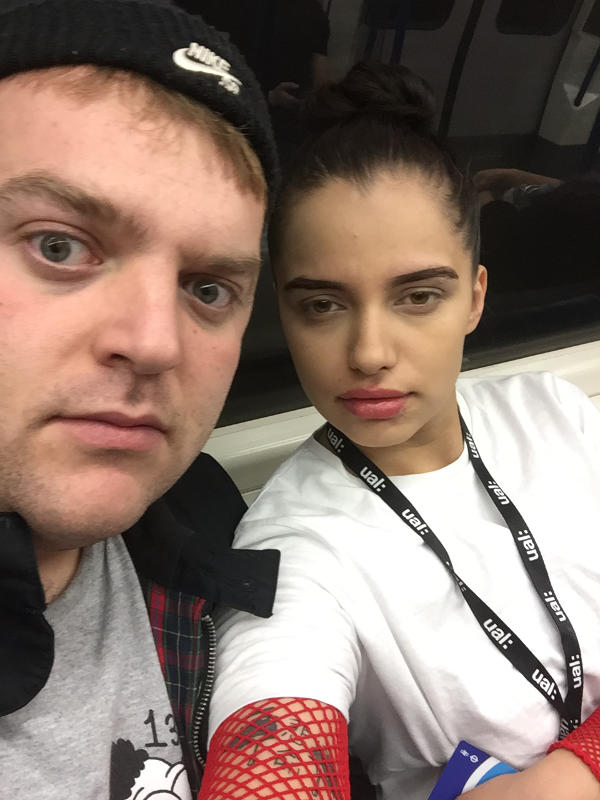