Sport plays a key role in keeping us fit and healthy, with team sports in particular providing a host of additional benefits including social interaction and, instilling discipline and teamwork in young people.

If in doubt, sit it out!

It is vital that all who participate in or watch sport are aware of the risks of concussion – particularly those involved at a grassroots or junior level, where ambulances and medics are not on standby should something go wrong.

In simple terms, a concussion – or minor brain injury – is a temporary disturbance in the brain’s functioning as a result of a blow to the head.

The effects of concussion can leave people with symptoms including dizziness, nausea, confusion or an inability to process or retain information, sensitivity to light, and vision distortion.

How to identify concussion 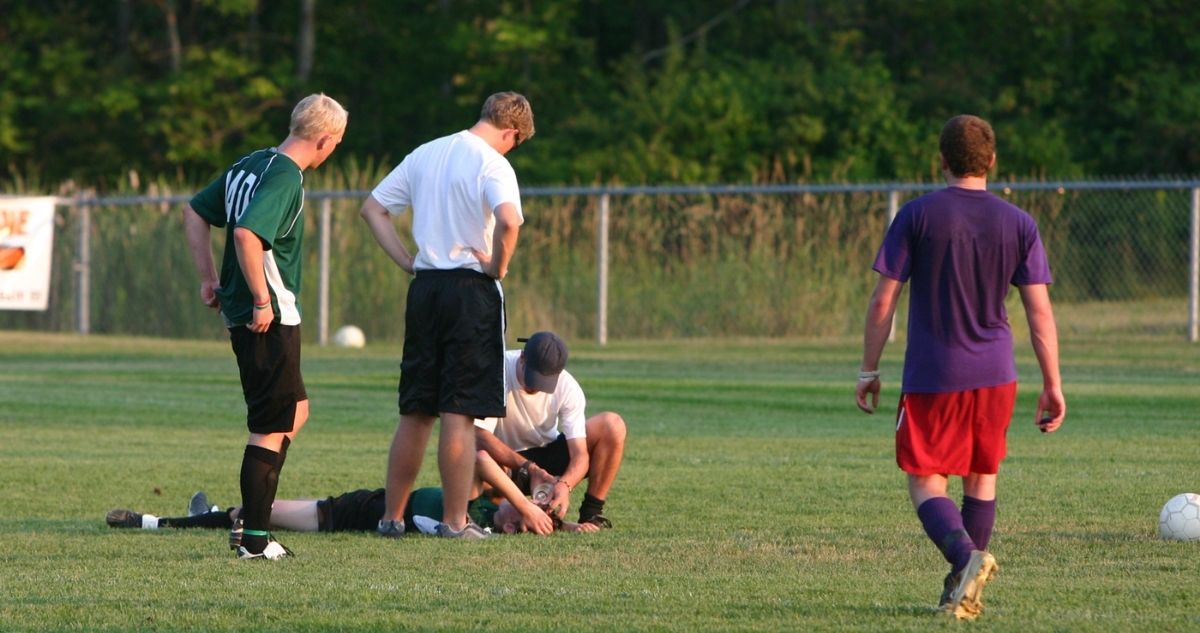 Concussions are notoriously difficult to identify, particularly in the midst of a sports match. It can be an evolving condition, with the symptoms taking time to display themselves, while many of the symptoms require honesty from the individual (feelings of nausea, vision distortion etc.).

Given the difficulty in identifying concussion and the risks of continuing to play once one has been sustained, the message has to be if in doubt, sit it out!

Basic assessment tools are freely available on the internet, including the most widely-used Sideline Assessment Concussion Tool (SCAT) – see http://bjsm.bmj.com/content/47/5/259.full.pdf.

However, while this contains useful information, it should only be used as a diagnostic tool by medical professionals.

Signs of concussion to look out for include:

If any of these symptoms are experienced following a blow to the head, the player must be removed from the game to seek medical attention and not be allowed to return to the field of play.

Graduated return to play (and training) protocols must then be observed, with a player only commencing physical activity once he or she has received medical clearance to do so.

What are the risks of ignoring concussion?

While injuries to external parts of the body can be identified, it is impossible to know what damage has occurred in the immediate aftermath of a head injury. Concussion is an evolving injury and the symptoms may be delayed in their presentation.

In the majority of cases, there will no long-term damage caused by a concussion – if treated appropriately with rest and medical assessment. Occasionally, complications can arise from seemingly minor blows to the head, which is why it is vital that people seek medical attention following a concussion.

There are significant risks in returning to the field of play after sustaining a concussion. If a player sustains another blow to the head before the brain has had a chance to recover from the initial concussion, the damage can be exacerbated to the point that it can be – on rare occasions – fatal. This is known as Second Impact Syndrome and it is believed to be most common among children and young adults.

In addition to putting themselves at risk of sustaining a more serious brain injury by returning to the field of play following a concussion, players are more susceptible to other injuries as they will not be able to perform at their best – either physically or cognitively. 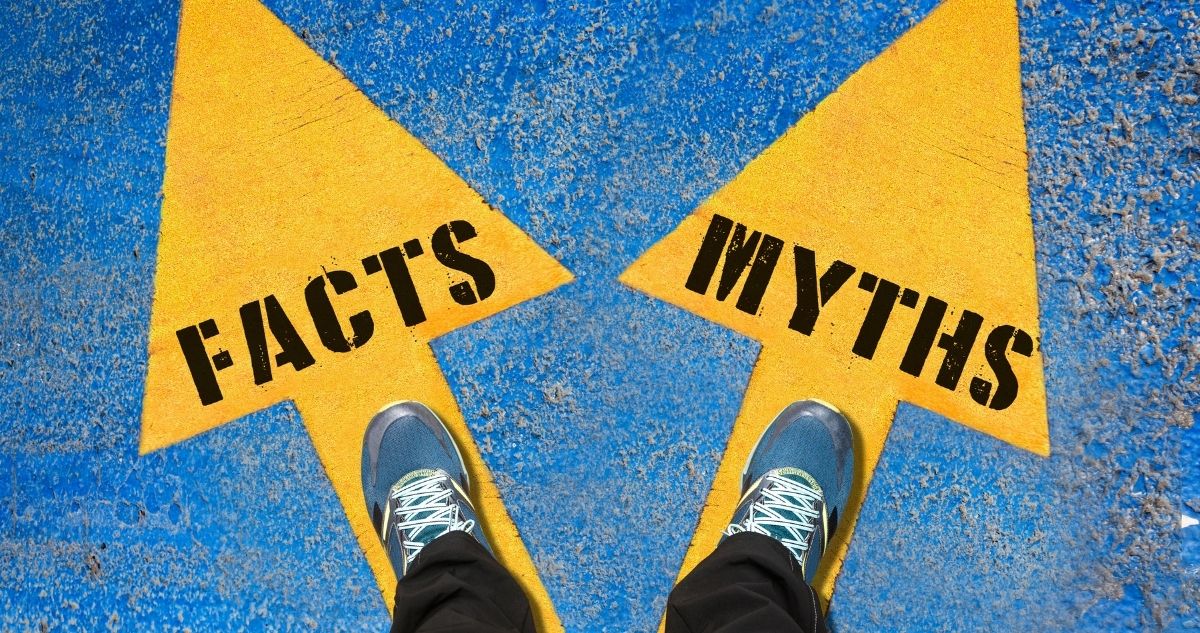 Concussion is now far more widely discussed and acknowledged as an issue, but according to Headway, there is still a long way to go in terms of educating people around the dangers of concussion.

To help, we’ve busted some of the most common myths out there…

“I didn’t lose consciousness, so surely it couldn’t have been concussion?”

This is a common misconception. A person does not need to have lost consciousness to have experienced a concussion. In fact, less than 10% of concussions result in loss of consciousness. Following a significant impact to the head, some important signs to look out for that may indicate a concussion are confusion, dizziness and forgetfulness.

“I don’t want to let my team down by being removed from play if I have a concussion.”

If there is any suspicion of concussion, it is important to take an if in doubt, sit it out approach. Pushing on through a game can make the impact of a concussion worse. Paradoxically, doing so can jeopardise a team’s chance of success even more because the concussed player may not perform as well as normal. There is also a risk of secondary impact syndrome, by which a second incident of concussion can make the outcome much worse than if the person had sat out instead. It is important to put your health first and foremost, and your team and coach will support you with this.

“My friend had a concussion and they were fine after a week. I’ll probably be fine if I get a concussion too.”

It is important to remember that no two brain injuries are ever the same and experiences will vary from person to person depending on things such as the force of the impact, location of injury and personal differences. Whereas one person may recover from concussion after a week, others may have ongoing difficulties. Concussion management guidelines for sports suggest the minimal time for how long a player should rest after concussion, but it is important to assess each case differently and follow what your own body is telling you about how you feel.

“I hit my head when I got concussion. Surely that doesn’t mean I have brain injury?”

“You have to hit your head to have a concussion.”

Most concussions – particularly those occurring in sport – will result from a blow to the head. However, they can also occur as a result of the rapid acceleration/deceleration of the body, for example in a car crash, as the brain moves rapidly inside the skull.

Symptoms of concussion can often be delayed in their presentation and may not manifest for several hours or even days after the incident. In the meantime, however, you remain at risk of exacerbating the initial injury to your brain with any subsequent blow to the head you receive, hence the importance of following Headway’s message of ‘if in doubt, sit it out!’.

“You can return to play as soon as you feel better.”

If you have sustained a concussion or suspected concussion, it is vital that you do not return to play or training until cleared to do by a medical professional – even if you feel fine. The advice is to leave it at least three weeks before returning to play, follow your sport’s return-to-play protocols in the process.

“There is no doubting the benefits of participating in sport. There is also no doubt that head injuries in sport are best managed by adopting an ‘If in doubt, sit them out’ policy.

“As such, this campaign by Headway is a most welcome initiative which should encourage safe engagement in sport, while protecting athletes from issues relating to incorrect management of brain injury.”

“If managed properly, the vast majority of people are fine within a few days of a concussion. If you ignore it, there is a much higher risk of long-term problems and occasionally, even serious damage.

“Heed Headway’s advice: if in doubt, sit it out, and never ignore it!”

"If you do suspect concussion, please alert your coach. Allow them to make a decision. Don't play on regardless thinking you're doing the right thing...you could be letting your team down as if you have got a concussion you might not react as quickly and you won't get there quickly. The last thing you want to do is let someone down."

"What has become increasingly indisputable over this period has been the potential short, medium and long term brain damage from concussive episodes, most of which present with mild/moderate transient symptoms or signs.

"The bottom line in sport is: Recognise & Remove. Even with the suspicion of a possible concussion, it is essential that the player leaves the field immediately, with NO return to play until considerable rest and medical advice has been effected."