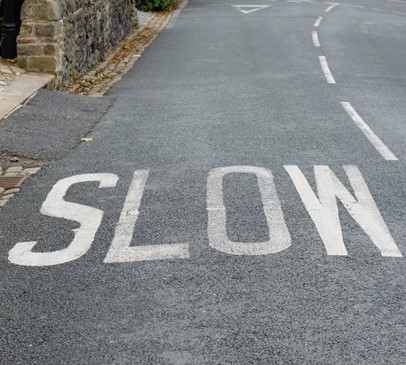 Brain injury can challenge every aspect of your life – walking, talking, thinking and feeling – and the losses can be severe and permanent. It can mean losing both the life you once lived and the person you once were.

A traumatic brain injury (TBI) is an injury to the brain caused by a trauma to the head (head injury). Each year, around 160,000 people are admitted to hospital in the UK with a TBI, the effects of which can be devastating and lifelong. One of the leading causes of this is road traffic incidents.

During a road traffic incident, the head can be rocked back and forth or rotated. The brain, which has space to move around in the skull, can be twisted, stretched and even torn in this process. Complications can follow, such as damage caused by lack of oxygen, bleeding and swelling in the brain.

While head injuries can occur at low speeds, research has found that the higher the speed the car is travelling at, the greater the impact on the skull and the brain (Liu et al, 2016; Pelenyte-Vyšniauskiene & Jurkauskas, 2007). Research that has investigated the effect of impact velocity (the speed of something moving in a particular direction upon the point of impact) on the brain found that the risk of brain injury tripled when the impact velocity was doubled (Mordaka et al, 2007). Furthermore, research into car-pedestrian collisions found that a higher velocity caused a more serious head injury.

The effects of brain injury can be devastating and last a lifetime. Even in the case of a mild head injury (otherwise known as concussion), problems with dizziness, nausea, confusion, sensitivity to light or inability to process or retain information can last for several weeks. In some cases, symptoms such as memory problems, fatigue, headaches, depression and problems with thinking can continue for months, a condition known as post-concussion syndrome.

Moderate or severe head injuries can result in longer-term problems that can have a significant and detrimental impact – not only on the survivor’s life, but on those around them too. Partners can suddenly become carers. Friendships can fade away. Behavioural and emotional changes, hormonal imbalances, difficulties with thinking and memory, communication and physical problems are all common effects of brain injury that can also affect a person’s ability to work, drive and partake in social activities. Rehabilitation will likely be required as well as possible reliance on state welfare and long-term care.

Different parts of the brain are responsible for different skills, so damage limited to one specific area may only affect one skill. Conversely, widespread damage can cause a number of skills to be affected. In road traffic collision simulations, speeds of 55km/h have been found to cause widespread damage across the brain regardless of the direction of impact whereas speeds of 25km/h had much less impact across the brain and damage predominantly occurred when hit from behind (Liu et al, 2016).

At Headway, we see too many lives ruined by brain injury. Many of those who need our help to rebuild their lives are people who have been involved in car crashes. The research in this area shows that reducing speed can have a significant impact on the severity of brain injury.

A brain injury can happen to anyone, at any time, but there are things you can do to reduce the risk, such as driving at the speed limit. Remember, there's no need to speed.