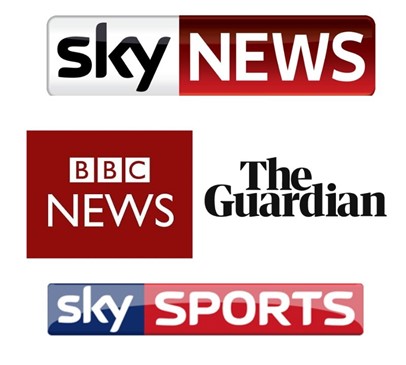 Concussion in sport has once again hit the headlines, with Headway's Chief Executive Peter McCabe and Deputy Chief Executive Luke Griggs talking on BBC News at Six, Sky Sports and Sky News about the issue.

This comes after Australian batsman Steve Smith was hit by 92mph bouncer, before being assessed by a team doctor and returning to bat.

The following morning, Smith was diagnosed with a delayed concussion, ruling him out for the remainder of the match.

Speaking on BBC News at 6, Luke Griggs said: "Concussion is notoriously difficult to diagnose, particularly in a short space of time. Many of the symptoms are hidden and require the player to be honest, such as nausea or blurred vision."

Headway's statement, which called for improved concussion protocols in the sport, appeared in nine national media outlets spread across both print and online, including The Guardian, The Daily Telegraph and The Times.

"What this incident highlights is that no test for concussion is foolproof. The signs can be delayed for several hours and sometimes even a couple of days. You cannot take any risks with concussion, which is why we have always said that all sports have to take an ‘if in doubt, sit it out’ approach.

“Cricket has been caught on the back foot a little bit with concussion. We thought it was an American football, rugby or football issue, but we are slowly beginning to realise that it affects all sports.

“The reaction time of a batsman facing a 90 mph-plus delivery is incredibly small and yet it is absolutely vital they are fully concentrated. But with concussion the vision can be blurred, and the brain can be slow at processing information. That leads to delayed reaction times, and that is just incredibly dangerous.

“But if there is even an hint of concussion when someone is bowling at 90 mph, there is absolutely no way a player should be on the pitch. Cricket may need to consider this, while making it abundantly clear that players should have absolutely no say in the decision."

Tabloids that covered the story included The Sun and Daily Mail, as well as 180 local publications.