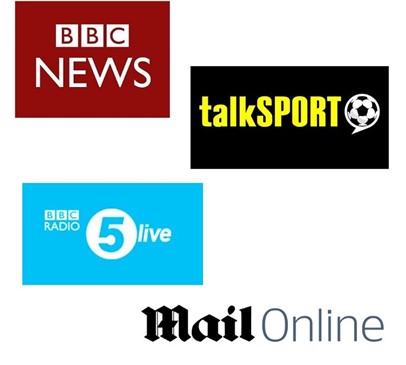 Headway has once again featured in the national and local press following the charity’s comments on a new study which investigated fears that heading the ball in football could be linked to brain injuries.

The findings showed that former professional footballers who played between the years 1900 and 1976 were three and a half times more likely to die of dementia than people of the same age range in the general population.

“For many years, families and campaigning charities such as Headway have been demanding research into the long-term effects of repeatedly heading footballs,” said Peter McCabe, Chief Executive of Headway – the brain injury association.

“We welcome the work done by Dr Stewart and his team, but this study was always going to leave a lot of questions unanswered.

“We have known for some time that there is a link between the cumulative effect of repeated blows to the head – such as those suffered by boxers – and degenerative neurological conditions such as dementia. The fact that this long-awaited study has now identified a link in former footballers will no doubt lead to questions about how this will impact the modern game.

“It is vital that this research is now built upon, with a particular focus on the relative risks of heading lightweight modern footballs.”

Headway’s statement appeared on the front page of BBC News, the Mail Online, and in a number of local print and online publications.

The charity’s spokespeople, Peter McCabe and Luke Griggs, spoke on BBC Radio 5 Live and TalkSport about the new findings and the need for more research to be undertaken.