When Haydn Garrod came off his bike in August 2018, he suffered devastating injuries after colliding with a car and an air ambulance was dispatched to treat him at the scene. However, such were the extent of the 15-year old’s wounds, that paramedics felt it was too risky to transport him by air.

Because he was in such a critical condition, Haydn had to be put into an induced coma before being transferred by land to Addenbrooke’s Hospital.

At the time of the accident Haydn wasn’t wearing a cycle helmet and following the collision his mum, Amanda Hymus, feared the worst. On arriving at the hospital, Haydn had a CT scan which showed considerable swelling of the brain. He had to undergo an emergency craniectomy to remove part of his skull in order to alleviate the pressure on his brain caused by the swelling.

Amanda was fearful about the operation, but knew it was the best chance Haydn had of survival. She said: “When they gave me the consent forms, I felt like I was signing his life away. It’s a risky procedure but I was told without it, he had no chance.”

Following the operation, Haydn’s life hung in the balance as he remained in a coma for two weeks. But to the family’s huge relief, doctors said he had made enough progress to be brought out of the coma, although the extent of his brain injury was still unknown. What followed was an arduous journey of recovery for Haydn, who had to relearn lost skills and abilities and learn to cope with the effects of his injury.

Initially, Haydn was completely paralysed on the right side of his body and had to be tube fed, but slowly he began to regain movement and show signs of improvement. His mum, Amanda, said:

Every tiny change was like a huge milestone, from his first sip of a drink, to his first steps.

After seven weeks in hospital, Haydn was transferred to a specialist residential rehabilitation facility for children, where he undertook intensive physiotherapy as well as speech and music therapies. Amanda said: “His positivity and determination along with the experience and dedication of the team at The Children’s Trust contributed to his astounding recovery.”

As a result, Haydn was able to return home to continue his rehabilitation in January 2019.

To thank them for their care and support, Haydn embarked on a fundraising mission for both The Children’s Trust and the East Anglian Air Ambulance charity and partook in a Magical Music event, performing on his drumkit alongside Harry Judd of McFly. The event raised almost £100,000. 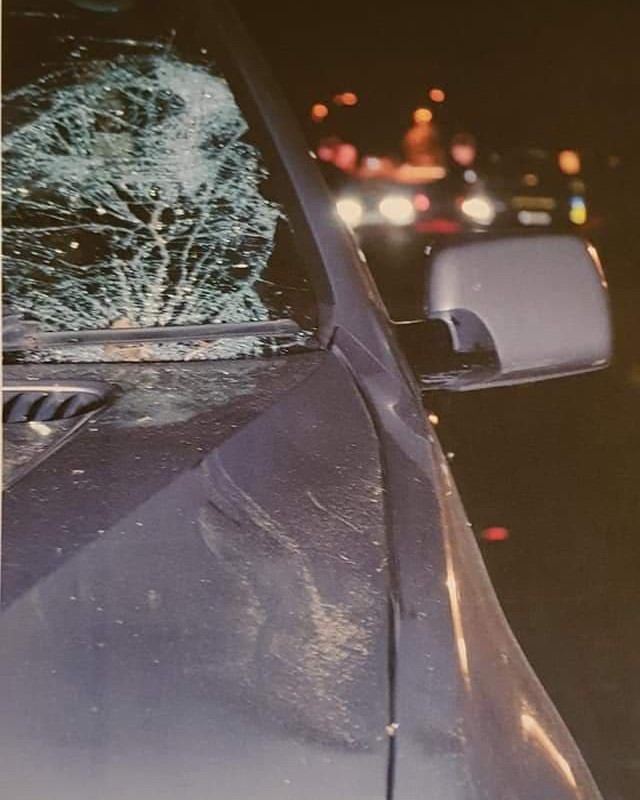 Extensive damage to the car that collided with Haydn.

Alongside their fundraising efforts the family have also launched a petition to make cycle helmets mandatory for under 16’s. “Haydn knows how lucky he is. His team at Addenbrooke’s Hospital said if he had been wearing a cycle helmet at the time of the accident his injuries would have been significantly less severe,” said Amanda.

The campaign for a new cycle helmet law for children has been joined by five other families from across the country who have suffered similar experiences to Haydn and his family.  Amanda added: “The implementation of mandatory cycle helmet wearing has been successful in several other countries.

A mandatory law for under 16’s to wear helmets would keep our children safer on the roads, and we’ll continue to do what we can to raise awareness and campaign for safer cycling.

Although Haydn is now registered as partially sighted and still has ongoing difficulties with his speech, physically he has made almost a complete recovery.

His partial sight means he won’t be able to ride a vehicle on roads, but that hasn’t deterred him from getting back on his bicycle off-road. Asked what it felt like to be riding again, Haydn said: “It felt amazing. I felt like ‘me’ again.”

Haydn had one piece of advice he wanted to share with anyone considering not wearing a cycle helmet because of how it looks: “Trust me, a hole in your head is a lot less fashionable than a cycle helmet.”