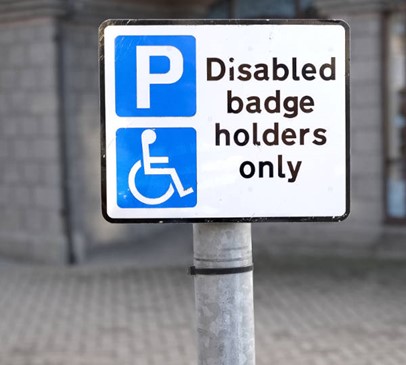 From 30 August 2019, people with hidden disabilities in England will be eligible to access the Blue Badge parking scheme - something which may greatly benefit brain injury survivors experiencing less visible effects of their injury.

The changes, which already apply in Scotland and Wales, come into effect following an eight week consultation and form part of a governmental drive for greater parity between physical and non-physical disabilities.

Findings of the consultation showed that people with hidden disabilities, such as mental health problems or learning difficulties, often face similar travel challenges to those with physical impairments.

Speaking at the time about the expanded scheme, Transport Secretary Chris Grayling said:

“As a society we don’t do enough for people with hidden disabilities. I hope this change to Blue Badge guidance will make a real difference to people’s lives.”

Blue badge holders can park in designated spaces (usually closer to their destination) and can park on single or double yellow lines for up to three hours.

The new criteria extends eligibility to people who:

The updated eligibility criteria will now encompass some of the hidden effects of a brain injury - for example, when brain injury-related fatigue makes walking long distances difficult or when cognitive or psychological effects make seeking a parking space overwhelming.

To apply you will need the following documentation:

Check your eligibility and apply for a Blue Badge here.