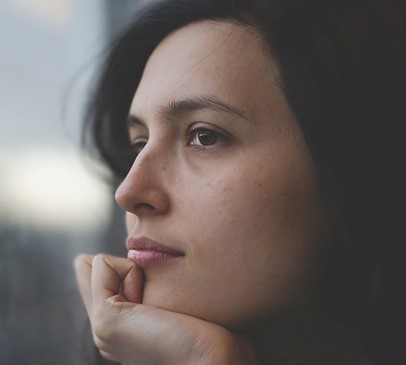 Brain injury: To tell or not to tell?

People living with visible physical disabilities can find it tiresome to repeatedly answer questions about what has happened to them.

But explaining the complex and often hidden effects of brain injury in order to get support and understanding can be an even greater challenge.

For many people with a brain injury, the question of whether to explain their injury and its effects is difficult but ever-present. To tell or not to tell: It’s a conundrum faced by many.

We asked our online community whether they usually tell people about their brain injury, or if there are certain situations where they prefer not to say.

“The most frustrating thing about trying to explain symptoms of my head injury to people is their ‘I get that’ reaction or ‘I’m always forgetting things too’,” said Jacquie Fowler.

Indeed, many people highlighted the general lack of understanding that exists when it comes to brain injury. But while such clichés are often accepted as well-meaning attempts to show empathy, mis-informed comments can stop people talking about their brain injury.

Jerome Wilson feels that people’s responses over time have made him less likely to share.

“In the beginning I thought it was my number one thing to do, explaining how the brain injury has affected me. But I began to see and understand that people didn’t really understand it, as they believe what they
see.

“I don’t really have the visual effects of brain injury besides a large scar on my skull where it was cut open. It has therefore become frustrating and tiring at times explaining myself to others.”

It is clear that the response of others is one of the key reasons people prefer to not share.

Fiona Hutchings, who suffered a subarachnoid haemorrhage, explains this struggle: “It depends. Sometimes being open helps, sometimes I end up being pitied, patronised or getting ‘yes, I had a bad headache once’.

“I’m weary of the assumptions people make about how I should or shouldn’t be as a person living with brain injury, but most of all I struggle when others want me to relive one of the most traumatic experiences of my life for them, often with no warning.

“It’s disrespectful and not the same as choosing to share my story at a time and in a way that feels okay to me.”

Whether to tell people in the workplace is a difficult decision for many who are taking the step back into employment after brain injury.

Under the Equality Act, employers are required to make ‘reasonable adjustments’ for people with long-term disabilities, but finding a balance that works can be difficult and requires a lot of support. Many people choose not to tell employers for this reason, however it’s worth bearing in mind that employers can’t make adjustments for problems they don’t know about.

For self-employed people, the challenges are different but are no doubt familiar to many people who have worked after brain injury.

“I’m self employed,” said Richard De Pesando. “I found that after my accident most of my clients (many of whom I have worked with for years) were very sympathetic for the first few weeks.

“Then, when it was clear I would be out of circulation for months, their attitude changed and people either became uncomfortable with me or rejected me professionally.

“I spent the last two years building my client base up again from scratch. I now tell everyone, not forcefully, but I make them aware of it. I need to have trust-based relationships at work.”

While some have good reasons for preferring to keep their brain injury quiet, others are more keen to tell and, with the right approach, the results can be very rewarding.

“I do and always have,” said Gary Kearney. “I have the story down to a couple of lines now.

“They don’t need the full story. It explains things so if I make a mistake with something they understand. It also, more importantly, gives me a chance to educate and advocate for us.”

Mark Bardsley is happy to talk about his condition, but also highlights the importance of being defined as the whole person, not just the brain injury.

“(During) Early rehab (I) was concerned about appearing rude or not listening so would always mention it.

“Now (I’m) entirely open when it’s raised but otherwise stay ‘hidden’. Happy to share it, but keen not to allow it to be the total focus of my being.”

Perhaps then it isn’t so much a question of whether to tell people about your brain injury or not, but a case of finding a point that’s comfortable for you.

Rachel Bisson touches on this acceptance: “I am happy for the chance to raise awareness of my condition. But now, five years on, when meeting new people I don’t always feel the need to disclose it.

“A good quote I live by is: ‘I am not what happened to me, I am what I am about to become’.

“I don’t feel I have to make excuses anymore, like when I can’t get my words out or have involuntary arm movements (not so frequent).

If you would like to talk to someone about the issues raised in this article, you can contact our free, confidential helpline on 0808 800 2244 or helpline@headway.org.uk.