A family united to sup...

Georgina had always had migraines.

She put it down to being a 27-year-old woman, living in London, working really hard at two jobs.

She’d been to the doctors, but they always put the migraines down to being on the pill.

Her jobs were active, as cabin crew Georgina was always on the go, and at night she worked in a bar in Shoreditch when rotas allowed.

A week before the incident Georgina started to feel unwell and went back home to Leicestershire to stay with family. “I had pins and needles and just didn’t feel right so I called in sick as I didn’t think I’d be able to get through the shift.”

The following week, back down in London, in the bedsit she was living, it was Halloween.  Georgina was about to head downstairs to get the package containing her Pulp Fiction Halloween costume that the delivery company had just dropped off.

“When I went to stand up it was agony.

“I tried to stand up again – and then even as I sat down I was in agony.

“My sight went. The right side of me went. I know that because the phone I was holding in my right hand dropped to the ground.

“I’d done medical training as part of my work on the airline, and I knew I had to get help quickly.

“I made a hospital bag as well as I could and found my way into the hallway of my bedsit.

“My sight had totally gone by this point and I was calling for help. Two of my neighbours came to my aide and I knew I needed to stay awake for when the ambulance arrived.

As soon as I knew the paramedics were there, I passed out. It’s like I was thinking, ‘I’ve done my bit’. 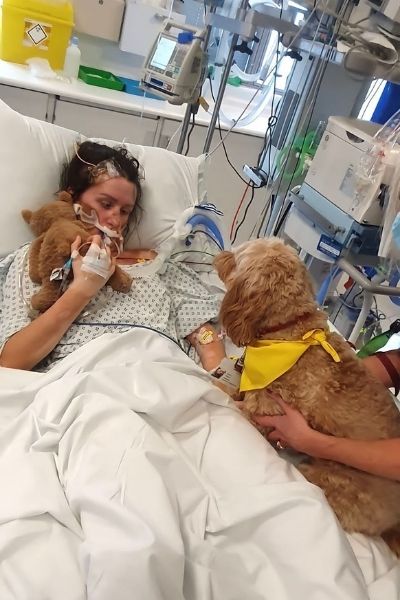 From the moment they’d received the phone call, Georgina’s family left Leicestershire and headed for London and the hospital where she was undergoing two lots of surgery – the first for an AVM (arteriovenous malformation), which then caused a blood clot this meant an emergency evacuation was needed to the back of Georgina’s head.

The 27-year-old was to then spend four weeks in hospital in an induced coma, and then two weeks after that recuperating. She was then moved back to the Leicester General Hospital for rehab so she could be closer to her family.

“I couldn’t speak. I couldn’t walk. I was in a wheelchair.

“But thankfully because my family were so good, and the hospital staff were happy that they’d take me back home with them, rather than being alone in a London bedsit, I was allowed to leave hospital. I just remember thinking what would’ve happened if I didn’t have that support.

And it was not the only thing that Georgina’s family were able to do to support her.

A few years before, Georgina’s dad had had leukaemia, and they’d decided to run for a blood charity to support him.

“Thankfully he’s now in remission, so when I was hospital, Dad said, ‘Well looks like we better run for you then too’

“That’s where the thought came from about running for Headway.

“My sister was a little less keen… she used to joke the only thing she’d run was a bath! So I gave her a guilt trip! I told her if she were ill, I’d be running for her! Ha! And she signed up straight away. 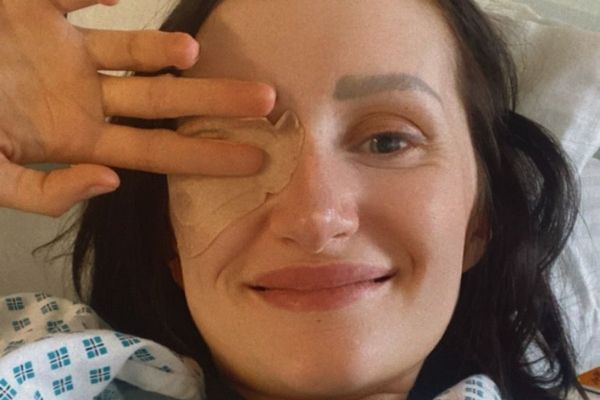 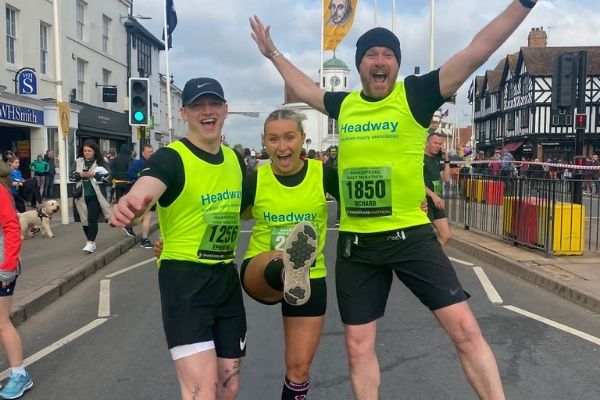 And unbelievably, six months after Georgina’s brain injury, she was there cheering them on.

“I never thought I’d be there watching when they booked the run.

“It was a real milestone for me. I started in a wheelchair, then came home from hospital with a stool and a walker.

“And don’t get me wrong, my walking was terrible at first. I couldn’t even sit up. But I’m walking much better now.

“My eyes have made it more difficult. Despite having 20-20 vision, I need to keep a patch over one eye to keep me balanced.

“The only way I can describe the feeling is when you walk around at home when there are no lights on and you can’t really see properly, so you keep your hands out to steady yourself. That’s how it feels all the time. I’m just unsteady on my feet.

“The knock to my independence has been the hardest thing but I know I can’t change it, so I just need to get on with it.

Take on a challenge

Runs, treks, walks, cycle rides and skydives to inspire you while helping Headway to improve life after brain injury!