On Valentine’s Day, when a spotlight is placed on a very important and intimate part of our lives, couples are sharing their experiences of love after brain injury. While some relationships may strengthen, some can be put under a huge amount of strain.

Here, three couples talk us through what ‘in sickness and in health’ has meant to them.

Our relationship is built on equality

Jenni and John from Powys married in their late thirties. They shared each other’s hobbies and passions, which is what led them to be on a mountain side, running volunteer communications for an event, when 51-year-old John had a subarachnoid haemorrhage 9 years ago.

Jenni moved heaven and earth to be at his side, despite him being in hospital miles away. She was told to prepare for the worst, but thankfully John made a better-than-expected recovery, Jenni says mostly due to his determination and to her determination to get him the help he needs.

Jenni says: “The best piece of information I was ever told, was that it could take two to three years before you stop making improvements. It kept me going as I didn’t expect the recovery to be quick. If we had one step forward, and three steps back, we didn’t become disheartened.

“We were in there for the long haul, and to know that from the start made it easier.”

She adds: “Our relationship now is stronger. We’ll have a moan, but we’ve always been practical, and I’ll say, ‘Well how are you going to fix it?’ We’ll laugh about things and move on.

“We’ve found ways in which we can work better together. Sadly, John can no longer work, and that has been a huge adjustment for him. But now, when I’m at work, he’ll prepare tea – and no matter how long it takes him – we’ll always enjoy it together at the end of the day.” 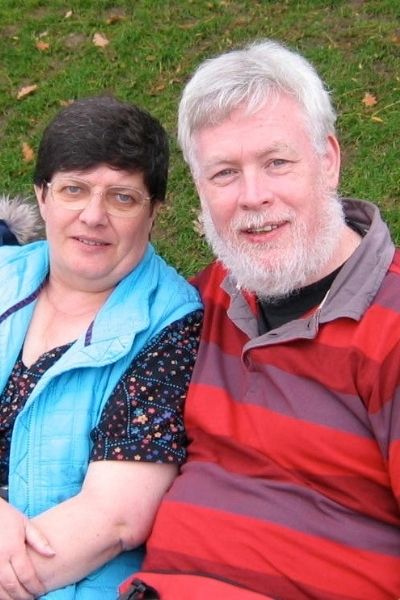 We do everything we did together before, just in a different way 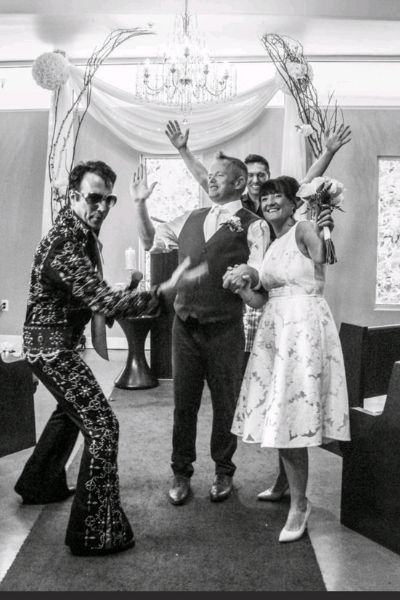 Andrea and Lee from Northumberland have been together since August 2006. Despite their first date being ‘a disaster’, they married in 2009, and were hoping to pursue Lee’s wish to have a family. The couple were weeks away from adopting a child when the accident happened.

Lee had always been really active, but it was whilst he was playing 5-a-side football with friends that he suffered a traumatic brain injury in 2012.

After months in hospital and rehab, Andrea was advised to go and live at the hospital with Lee for three days before he was allowed to go home. She says: ‘it was to try and experience what life would be like when Lee was discharged. To understand his behaviour and cognitive problems. I’d definitely recommend this to anyone else going through the same.”

Andrea says the process helped her come to terms with how their lives, and their lifestyle, would change.

Lee now needs 24-hour care. He says that for him, “the worst part of a TBI is my memory, and losing my driving licence.” Lee also suffers with balance issues, as well as hearing and sight loss, but the couple have found ways to work together to get through the ‘down days’.

Whilst Lee never forgot who Andrea was, Lee couldn’t remember their wedding, so they decided to renew their vows in Las Vegas in 2019. A memory book helps him to remember the vows, and the day, when he struggles to remember.

Andrea says: “We still do everything we did together before, just in a different way.

“We still go on holiday; we still go camping – but now we just take a blow-up tent! It’s about adapting to the situation to make it all possible.”

Lee’s singing and sense of humour keeps them both going – alongside the company of Ruby the Labrador, whose become part of the family since the accident. Lee says his best advice is to “take each day as it comes”.

Gary and Wendy from Cheshire had both been married before but found love a second time round in their fifties, marrying in the summer of 2017.

Gary says, “It was perfect. We didn’t sit on arguments. We didn’t have a bad word to say about, or to each other.”

Six months after the wedding, whilst on holiday in the Canary Islands for New Year, Wendy suffered a traumatic brain injury after falling ten feet onto concrete from an unguarded pathway.

Gary says he’ll never forget that moment when he heard a brief scream and he turned around and she was no longer there.

After months in hospital, in both the Canaries and back home in the UK, with Gary at one point being told he ‘may have a decision to make’, thankfully Wendy began to make progress.

The last four years have been difficult for the couple. Gary says: “She’s doing brilliantly but it’s a long and winding road of recovery we amble along.

“There’s more than one victim when it comes to brain injury. It is hard to watch her struggle. It’s hard to encourage her constantly to do the memory or physical exercises between therapy, as sometimes she doesn’t believe there’s anything wrong, despite needing round-the-clock care. Both of our lives have completely changed.”

Gary has found help and support through his local Headway group in Stockport, and is looking forward to him and Wendy spending more time there in the future. 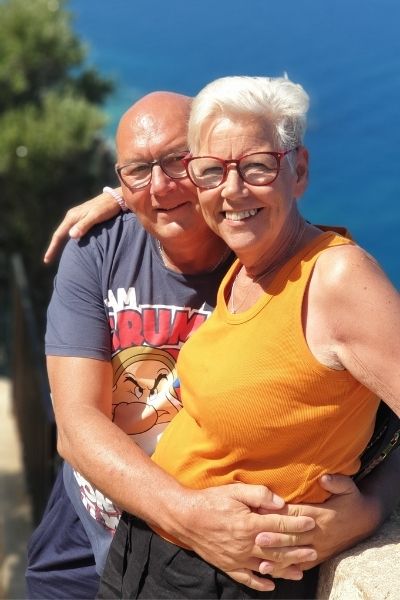 Explore the links below for more information and support with relationships after brain injury.