When an operation to treat a tumour resulted in a brain injury for Phil Birch, he found that it was the love, support and understanding of his family that got him through the difficult times.

He said: “I have been so lucky to have an incredibly supportive wife and family unit around me.

I think this whole thing has been harder for them as they’ve had to sit and watch me go from being the head of the household, to someone who had to be hoisted out of bed and use a wheelchair.

54-year old Phil from Surrey had always been a family man. He spent his weekends watching his son play rugby and enjoyed spending time away with his wife and two children when they holidayed in Cornwall.

But in 2013, Phil was diagnosed with a brain tumour and his family were faced with the terrifying reality of losing their husband and father.

Recalling the events, he said: “I was in the gym at work on the cross trainer when I collapsed for no apparent reason. I was rushed to hospital by ambulance and they did some tests and scans which showed that I had a ‘meningioma’ brain tumour which had caused me to have, what I know now was the first of many seizures.”

But Phil’s bad luck didn’t end there. In 2017, another brain tumour was found and he and his family once again feared the worst.

“It was four years later during a regular check-up scan that a new meningioma was picked up,” he said. “This led to further surgery in August 2017 and there were significant complications involved.

“I spent five days in intensive care and another five weeks in hospital.”

Phil’s family were by his side every step of the way.

“I don’t really remember the first few days, but that could have been down to the high amounts of medication that I was taking,” he said. “Apparently, my wife and children all came into intensive care to see me, but I just don’t have any memory of it.

I had to be hoisted in and out of bed and pushed around the hospital in a wheelchair. 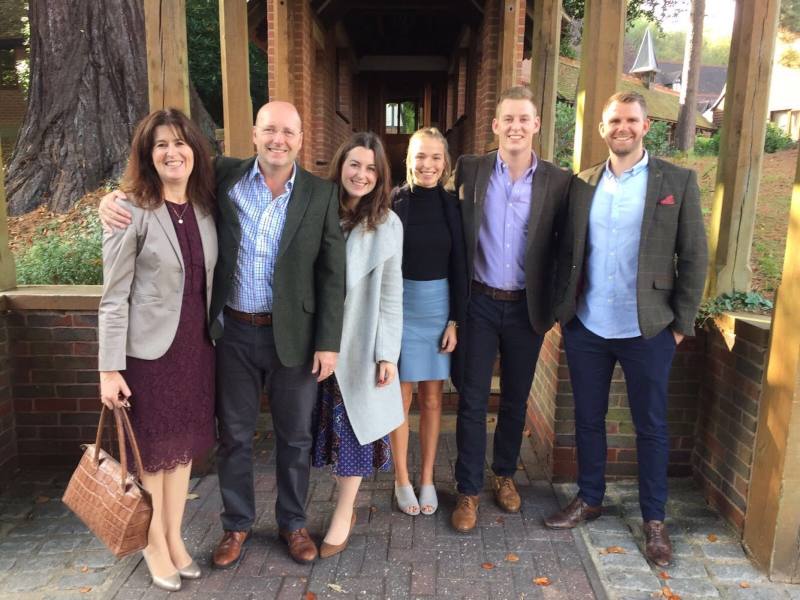 Phil and his family

As well as the physical challenges he faced, Phil also noticed the emotional and cognitive effects of his injury.

He said: “I didn’t know whether to laugh or cry at various times. I also had very poor concentration levels and could only handle visitors for limited time. I couldn’t cope with too much background noise and I needed regular rest in the afternoons.

“Once I was out of hospital, the hard work really started. I had come home in a wheelchair and had to learn to move all my limbs and walk again. This was achieved with the support of Helen Lindfield and her team of specialist neuro-physiotherapists at the ‘Heads Up’ rehabilitation centre.

“I went for sessions every weekday for eight weeks. I don’t know how, but I went in for my first one-hour therapy session with Helen in a wheelchair and during that session she got me standing up, and by the end of the first week I was walking - albeit slowly and with a crutch!” 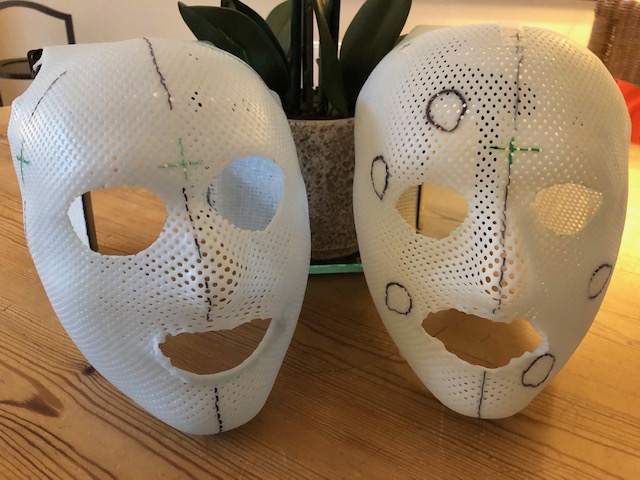 The masks Phil had to wear

The treatment didn’t end there for Phil and he required daily radiotherapy for a further six weeks.

He said: “I was bolted to a hospital bed wearing a specially created mask which had been moulded around my head so the radiotherapy could be highly targeted towards the remnants of the brain tumour. It was tough and it left me very fatigued, especially towards the end of the six-week period.”

Phil says that he was spurred on by his family and the plans they had together.

“Shortly after the operation it was my son’s 21st birthday and his graduation so I wanted to get better for that,” he said.

“It was also my daughter’s wedding around that time, and I was determined to walk her down the aisle and give the father of the bride speech.

"I got through it, which was a miracle compared to where I had been 13 months earlier and got a standing ovation on a very emotional day in October 2018.”

He said: “During a routine MRI scan to check on my progress, another tumour was found. Fortunately, this time it was successfully treated with cyber knife radiosurgery at the Royal Marsden hospital - an intense blast of radiotherapy with laser beams targeted on the small tumour to try and stop it from getting any bigger.

“Now I have to have scans every six months to keep an eye on things and I’m still fighting an ongoing battle. As it gets closer to these six month scans I start suffering from what I call ‘scanxiety’, as all I can do is hope that everything is still okay.”

Since his journey with brain injury began, Phil has been supported by Headway.

He said: “I have been helped by all the information on the Headway website and social media platforms. Headway gave me information on things that I was struggling with such as cognitive fatigue, epilepsy, communication issues and getting back into the workplace.

They’ve also shown me that I am not alone and other people are going through exactly the same things as I was going through.

As for the future? Phil’s focus remains on his family.

“I’m hoping to retire with my wife Julianne in a few years’ time and do some travelling. We’re also looking forward to celebrating our 30th wedding anniversary together in October.

“Then it will all be about spending time with our family and friends and making the most of what life has to offer.”