When Angela Lewis’ husband Don fell off a bike and hit his head, she feared the worst. Luckily, Don was wearing a helmet. Angela says without it, her husband wouldn’t be here today.

Here, she shares her story as part of Headway’s Cycle Safety campaign.

Don, 56 and from Cardiff, had always been an avid cycler and enjoyed taking part in all manner of cycling events.

In 2015, he was participating in Velothon Wales, a single-day road bicycle race, when he came off his bike at speed and was found unconscious lying by a wooden post.

After being rushed to the hospital, he and Angela were told he had fractured five ribs, completely shattered his shoulder blade and had severe bruising all over his body.

Angela said that when arriving at the hospital, the team who treated Don were less concerned about the injury to his head, and more about the internal damage which they assumed had been caused.

She said: “Because the helmet sustained most of the impact in the collision, the doctors weren’t as focused on his head injury.

But I know that without his helmet my husband wouldn’t be here today. We both feel very strongly that Don is lucky to be alive. 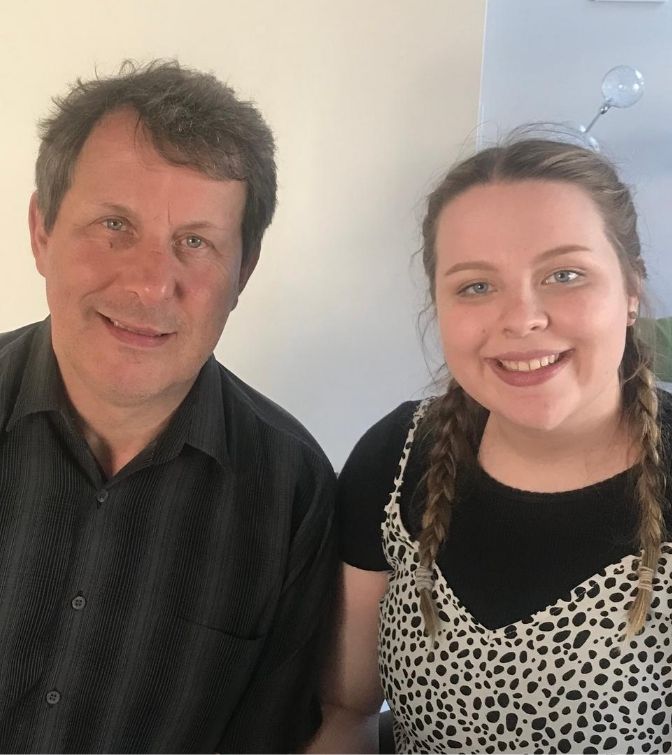 After a CT scan of his brain showed no abnormalities, Angela and Don thought they were in the clear. Little did they know that his injury would continue to affect him for years to come.

“After some time, it became apparent that Don was experiencing the symptoms of a mild traumatic brain injury,” said Angela.

“He began having memory problems, cognitive functioning issues and difficulties controlling his emotions.”

Don was able to see a specialist who confirmed what he and Angela already knew: that his helmet prevented his injuries from being more severe.

Since then, Don has been supported by a psychologist and his local Headway group in Cardiff.

Angela said: “Headway Cardiff provided excellent support and signposting for our family. I attended the family support sessions there which helped me to cope and come to terms with things.”

Their daughter Kate even spent some time volunteering for Headway Cardiff after her dad’s injury and she is now studying for a medical degree.

Don still struggles with the effects of his injury such as fatigue, cognitive functioning and noise sensitivity, but Angela says he has worked extremely hard over the last five years to improve the things that he used to take for granted.

“The accident has affected Don’s ability to do his job so he’s had to put mechanisms in place to cope with that, such as the right support from professionals and family,” she added.

“People seem to be more aware of brain injuries when they’re very severe, but those on the lower end need support too. Don isn’t the same person as he used to be after the brain injury, so that’s been difficult to accept at times and we’ve needed support.”

To anyone who might be hesitant to wear a helmet, I’d say this: ‘Why not get something that is relatively cheap and readily available if it could save your life? A helmet could be the difference between life and death, either your life or your loved ones.’