Brain injury survivor Noelle Robinson has spoken about the benefits of a new identity card which has recently been launched in Northern Ireland.

Noelle, 59, from Newtownards Co Down, sustained a brain injury in 2011 from a burst aneurysm.

The bleed left her with a number of problems including aphasia, fatigue and memory issues.

These symptoms have brought many challenges, including dealing with the often inappropriate ways people react to her disabilities.

“At times, people can be very impatient with me especially if I am trying to communicate with them and having one of my ‘cloudy’ moments,” said Noelle.

“I can still struggle to get the right word out, and if I am being rushed this makes the situation even worse.

“For this reason, I really love having my ID card with me at all times.”

It displays the key ways in which the survivor’s brain injury affects them and includes a 24-hour criminal legal assistance number which can be called to request legal advice or representation from solicitors trained in understanding brain injury.

Noelle said she finds carrying the card reassures her.

She said: “Those who know me well don’t need to have sight of my card, but for anyone new, or if I’m in a potentially stressful situation, the card is invaluable in helping them understand. 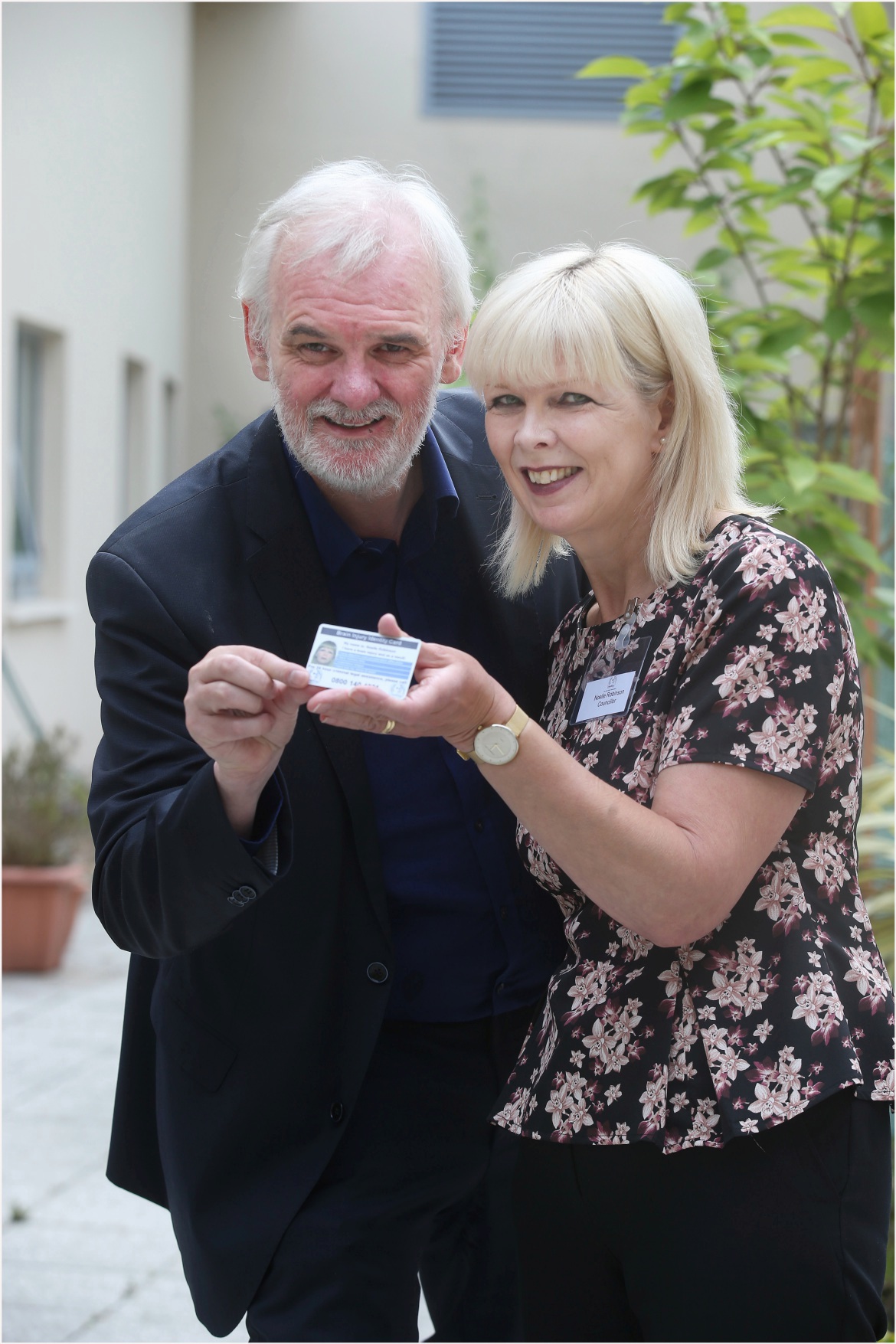 Noelle pictured with comedian Tim McGarry at the launch of the card in Northern Ireland.

“Knowing it is there really gives me a lot more confidence. I keep it in my wallet and I know it’s there if I need to show it. It gives me peace of mind. I have used it at the City Airport recently, and I was treated very well by staff.

“The card means, should I go a little ‘vague’, once I produce it, people will understand what is happening and give me a little more time - having an invisible injury can be difficult to convey to others.”