On January 30th, 2011, James Piercy, 39, and from Norwich, set out for an ordinary Sunday morning drive with this family. But after 30 minutes on the road, the day quickly turned into anything but ordinary.

Around midday, a nail punched the car’s tyre, causing the vehicle to spin off the road and smash into a tree. The whole accident took less than a minute to happen; just a few seconds in time that would change James’ life in an instant.

Thankfully, James' three children were not injured, but his wife was tragically killed and he was left unconscious with a serious traumatic brain injury.

He was flown 60 miles by air ambulance to Addenbrookes NHS Hospital in Cambridge and was induced into a coma for five days before later being moved to Norwich NHS Hospital for rehabilitation. When he awoke from the coma, he had little memory of the accident.

He said: “I’m told that I always recognised people who came to visit me but I had about three-and-a-half weeks post-traumatic amnesia and my short term memory wasn’t great for at least another two months.  Losing my wife meant I was really driven to get better, get out of the hospital and be able to care for our children.”

I wanted to do too much too soon

“During the first year of my recovery I was often extremely tired. During this time, I slept in two church yards, a library and once briefly standing up.  My brain injury also left me with weakness down the right-hand side of my body, this coupled with damage to my eye meant getting around was tricky. I could still walk but judging distance and walking up and down steps was hard. I also struggled a little with my speech when fatigued.”James said he was often impatient during these early stages of his recovery and pushed himself too hard at times.

“I wanted to do too much too soon, instead of taking my time," James continued. "Until people have experienced cognitive fatigue they can never understand what it is like to be disabled by tiredness.

“I found shopping extremely difficult. Visiting a supermarket was such hard work, lots of people, bright lights, music, and people chatting. Plus, with three million different types of baked beans to choose from, even a small shop would leave me exhausted.”

Despite my problems, I still had something to give

Before the accident, James worked as a science communicator. The role took him into schools to talk about the subject and present demonstrations. It was around six months into his recovery that there was a moment when he knew he was going to regain a big part of his old life back.

He said: “I travelled from Norwich to Bristol to attend a conference.  I stood up and spoke to friends and colleagues about what had happened to me and shared some things I had learnt about brain injury.

“I still get very emotional remembering how people cried as I spoke and how they stood and clapped when I had finished. It made me realise that I would be able to work again and despite my problems, I still had something to give.”

James has made great progress since his accident but said he found it hard to come to terms with lowering his expectations of himself.

He said: “I can cope with fatigue when it comes and I am much better at avoiding situations which will leave me very tired. I have had to learn to change the way I live. I plan my time carefully and try very hard to avoid situations where I’m uncertain about what will happen.

“But I have been enormously lucky that I can do all the things that I could do before the accident even though it might take me a little longer and leave me tired. I am very conscious of even small changes in function, and sometimes think I’m useless, when the truth is I am probably above average in things like public speaking and writing.”

James has gained a huge amount from talking about his brain injury and meeting many other people at Headway living with the impacts of the hidden disability.

He said: “I have visited my local support group, Headway Norfolk and Waveney,  to speak about the subject and read most of the booklets which contained some really useful information.  I found it helpful to know I wasn’t alone. 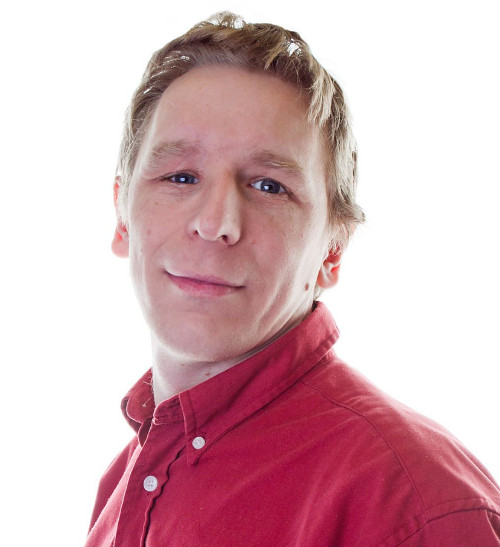 “I recently took this one step further when I had the chance to make a radio programme on BBC Radio 4 telling my story. It involved meeting people that helped me after the accident and talking to researchers who are working in the field of brain injury. The programme, entitled My Head, recently won a Royal Society Radio award and was a fascinating piece to make.”

James, who re-married 18 months ago, is now committed to continuing his recovery and sharing his passion of public speaking to inspire other brain injury survivors.

He said: “I hope to continue my recovery, get better at coping with the new me and having more opportunities to try new things.

“Some people say you have two years of recovery and then you won’t get any better, all research shows this isn’t true.  Recovery is a lifelong process and the brain is a hugely powerful plastic device.

It’s easy to say, but try to see how far you have come rather than how far you still have to go.”