In my experience, adjusting to life after a brain injury – and in particular, dealing with the effects of cognitive fatigue – is a bit like learning to fight a bear.

The first 6 months or so is spent focussed purely on physical recovery and so your brain lets you off having to fight the bear during this period as you are a bit preoccupied with other things.

Unfortunately, this lulls you into a false sense of security - you are unaware of the existence of bears.

As you start to try to take on a few small cognitive challenges – like emptying the dishwasher or doing the laundry – you start fighting the bear. Things are challenging, but you convince  yourself that if you keep taking on the bear, you will eventually overcome it and it might even get the message and leave you alone completely.

So, you gradually increase the frequency at which you are fighting the bear and start to take on bigger bears in the form of bigger cognitive challenges – like vacuuming, cooking, even homework with the kids.

After about another 9 months, you have built up to fighting the bigger bear 4-5 times per day. It’s very hard for your brain, but you remain convinced that if you keep at it, eventually you will build up enough cognitive strength and stamina that you will overcome the bear.

Over the next 6 months, you keep trying to fight the bear on a day-to-day basis, but instead of it getting easier, it seems to be getting harder and harder. At times, you have to take a complete break from fighting the bear, sometimes for a week or 2 at a time. Gradually, you find that even though you are trying to avoid taking on the bear as often – reducing your cognitive demands – you are getting fatigued by even the simplest things.

At this point, fighting the bear has become intolerable and so – at the suggestion of your bear fighting coaches (aka psychologist and occupational therapist) – you turn to pharmacological assistance (Prozac) to help you in your fight against the bear.

Over the next 3 months, gradually increasing the level of pharmacological assistance to its maximum, you find yourself resting a lot more and trying to fight the bear less often. When you do fight the bear, it is just as hard as it ever was, but by fighting it less often you are spending less time in a fatigued state and having more cognitive resource left for the things that matter, like interacting with your family at dinnertime, which had previously become too difficult at times.

Finally, it dawns on you what you have been doing wrong for the last 18 months – you’ve been trying to fight a bloody bear! 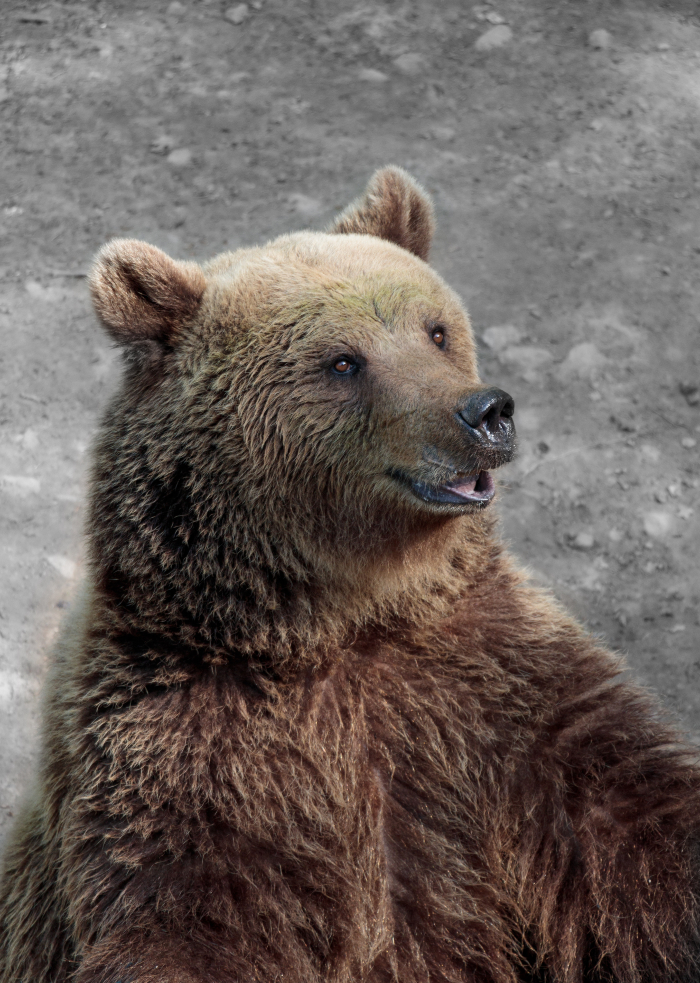 When it comes down to it, the bear will always win – it’s a bear, after all – so you need to fight smarter not harder.

To get anything done that is even remotely cognitively challenging – which is pretty much everything apart from reading or watching daytime TV quiz shows – you are going to have to fight the bear. Below are my rules for how to fight the bear:

2. When you do fight the bear, make sure that you are as prepared for the fight as you can be and take the time to recover afterwards before trying to fight it again:
Exercise is a good way of preparing to fight the bear – it reduces your cognitive load, enabling you to start your fight with the bear from a lower baseline of cognitive fatigue. Be careful not to become dependent on using exercise in this way – using it too much starts to create pressure, which turns exercise itself into a bear! Afterwards, rest is essential before trying to take on the bear again – you may find that you need to sleep, or perhaps just sit somewhere quiet with your eyes closed,concentrating on your breathing.

3. Fight the bear for the shortest time possible:
Simplify tasks (e.g. cooking vegetables in the oven, rather than standing at the hob frying them in a pan) and break them up into smaller chunks, taking breaks in between. Follow the mantra “good enough” – don’t keep pushing on, aiming for perfection. This works well for longer, structured tasks like vacuuming, cooking the dinner and writing emails.

4. Fight one bear at a time:
Whilst you are fighting a bear (e.g. doing the laundry), you may notice another one (e.g. recycling) and be tempted to take on both at the same time. Don’t! Tell the other bears to wait their turn while you finish fighting the first bear. This can be very difficult – some bears are very impatient and keep vying for your attention. Try not to think about these other bears while you are fighting the first one. If a bear is particularly impatient, it is sometimes better to turn your attention to this one and leave the one that you had been fighting until later. So that you don’t forget about the first bear, leave a reminder for yourself (e.g. leaving the light on in a room that you haven’t finished tidying). Once you have finished fighting a given bear, use a marker to indicate that the fight has finished (e.g. closing the door to a room that you have finished tidying) so that the bear can’t try to tempt you back in for another round.

5. Beware the multi-headed bear:
Sometimes, what initially appears to be a standard bear turns out to have multiple heads that all try to attack at the same time (e.g. folding the laundry or emptying the dishwasher, where there are choices as to which item to take out next and all items seem equally important). In this instance, try to slow your thought processes down by stepping away for a moment and concentrating on your breathing. This will help you to focus on dealing with one head at a time. The order in which you deal with each of the heads doesn’t matter – though the bear will try to convince you that it does.

6. Distract the bear:
When you have a fixed duration task that you can’t easily apply rule 3 to, such as walking the dog, use distraction techniques like concentrating on your breathing and counting your steps. This can slow the bear down enough so that you can make it to the end of the task. 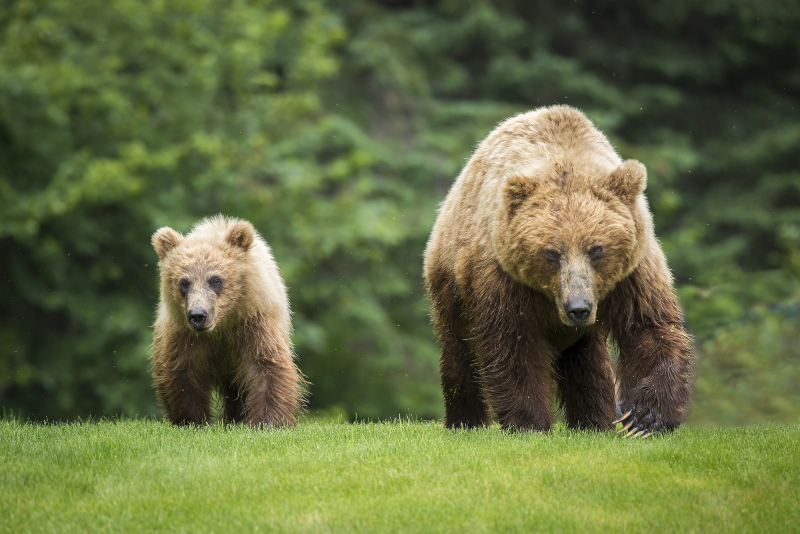 7. Use the element of surprise:
Sometimes, just thinking about fighting the bear can be almost as fatiguing as actually fighting it. Try telling the bear that you are absolutely not planning to fight it, then when it has fallen asleep take it (and yourself) by surprise, enabling you to get a few blows in before it wakes up and fights back. At this point, refer to rule 10. Even just changing the order in which you do tasks in a given day, or the order in which you complete a single task (e.g. start the vacuuming upstairs) can help to put the bear off its stride.

8. Always expect the bear:
There is a very high probability that whatever cognitive challenge you take on, it will be difficult. If you accept this then you are less likely to be taken aback when it happens and if it doesn’t happen then it’s all upside.

9. Don’t try to run away from the bear:
It may be tempting to try to avoid the bear completely (e.g. by ducking out of activities that you think will be too difficult, like going to a party at a friend’s house). Whilst this may seem to work in the short term, in the longer term it will do you no favours. You will find yourself using up all your cognitive resources fighting mean bears that you think you have to (e.g. vacuuming) and not fighting the ones that actually end up giving you something back for fighting them (e.g. seeing friends). If you are going to have to fight a bear, you may as well get something back in return. Note that rules 2, 3 and 10 still apply.

10. If all else fails, play dead:
When you feel that you are starting to fatigue, stop and take a rest. There are very few things that can’t wait – especially fights with bears! This is a rule that you should use frequently during the course of each day. While you are resting, try not to think about what other bears you still have to fight that day. Concentrate on your breathing to distract yourself from these thoughts and after a while turn to an activity that doesn’t involve bears (e.g. reading). When your brain is tired, it is easy to become overwhelmed by the thought of how many bears you still have left to fight. Taking a time-out like this helps you to recover and start to realise that despite using up some of your day resting, you actually still have plenty of time to finish off the remaining bears that really need to be fought that day. At this point, re-applying rule 1 helps – you were probably starting to convince yourself that you had to fight more bears than you really need to.

11. Beware of the bear in sheep’s clothing:
With most activities you choose to take on, the bear openly declares its intention to fight you, enabling you to apply some or all of rules 1-7. Unfortunately, some bears are devious and disguise themselves such that you don’t realise that you are fighting a bear until it’s too late. Activities like this typically seem to be ones that give you something back, like attending appointments at the Community Head Injury Service or meeting up with a close friend (or writing a monologue about fighting bears, perhaps?), where you feel that you are coping ok in the moment, but afterwards you feel completely wiped out. Identifying these types of activities enables you to plan for this in advance and allow for an extended period of recovery in the aftermath. During this recovery period, tasks will be even more challenging than normal, so plan to do as little as possible and expect to apply rule 10 frequently. Whilst this can be a particularly difficult time, leading to frustration and low mood, rest assured that this will only last for a day or 2 and appreciate the fact that the bear left you alone for a bit whilst you were doing something that you enjoy.

In conclusion, you are never going to beat the bear – it’s still a bloody bear, after all – but if you stick to the rules, you at least stand a chance of getting a few of the most important things done each day without taking as much of a mauling as you otherwise would.

The trick is to accept that the bear is always going to be there, but that you can find a way of co-existing with it that at least leaves you feeling that life is tolerable.

If you would like to read more from the author, visit their blog: Brain Injured Bear Fighter.