Nic O’Leary, 22 and from Derby, was just 16 years old when he suffered a blow to the head while playing rugby in London. Determined to play on – and unaware that he had sustained a serious concussion – the teenager stayed on the pitch. Tragically, he then received a second knock to the head which exacerbated the injury.

Seeing his son lying on the ground, Nic's father Don rushed onto the pitch but, by the time he had helped his son to the family's car, Nic was unconscious and had stopped breathing.

Nic was left with a brain injury that would affect his cognitive abilities, motivation and personality. His recovery from his brain injury was then hampered by almost seven years of being misdiagnosed as having mental health issues. It was only in 2015 that the cause of Nic's symptoms was diagnosed and he could finally access neurological support for the lasting effects of his brain injury.

Now, Nic has chosen to add his support to Headway's 'If in doubt, sit it out!' concussion awareness campaign by sharing his story. By doing so, he hopes to break down the stigma of 'bravely playing on' and urge sports clubs and player of all ages and levels to take a safety-first approach to head-injuries.

A promising sportsman, high-school student Nic, who was living with his parents in Bognor Regis at the time of the incident, played for the Welsh Exiles rugby team with hopes of pursuing rugby as a full-time career.

“The day of my injury had been a hard slog at school and I even considered not going to training,” Nic recalled.

“I was committed to my dream of playing rugby professionally and so I took the three-hour journey from my parents’ house in Bognor Regis to the Welsh Exiles training ground at Old Deer Park, in London, for the last training session before our first proper match."

'I was being the tough guy'

Nic continued: “During the session, I took a knock to my head as another player collided with me. The impact of the blow to my temple caused me to fall to ground. I can’t remember clearly what happened, just that I had to get up and keep playing on even though the head injury had left me very wobbly on my feet. I was being the tough guy.”

Minutes later, Nic received a further knock to the head during a tackle and collapsed for a second time. This time, however, Nic did not get up.

"It wasn't even an important game," Nic recounted. "I should not have been allowed to continue with the training session after the first hit. Players often think they are letting the team down by being sidelined after an injury – but it's actually the opposite.

"By caring for your body and brain following a concussion you are more likely to recover quicker and participate in future matches than if you play on and end up in hospital with a life-changing brain injury."

Nic spent three days in a coma at West Middlesex Hospital before finally beginning to show signs of improvement as he slowly regained consciousness.

'As a family we received no follow-up care or support'

“When I first tried to get out of bed I couldn’t walk,” said Nic. “The doctors discharged me from hospital just days after regaining consciousness and my mum became my primary source of support. I don’t know how far I would have come without her helping me relearn everything from scratch.

"As a family we received no follow-up care or support, and it fell to my mum to teach me how to walk again by holding onto her shoulders and walking short distances.”

Nic took time off from school until he was well enough to return and sit his GCSEs. When he started his first year of AS levels however, he struggled to concentrate and would often became quickly agitated. 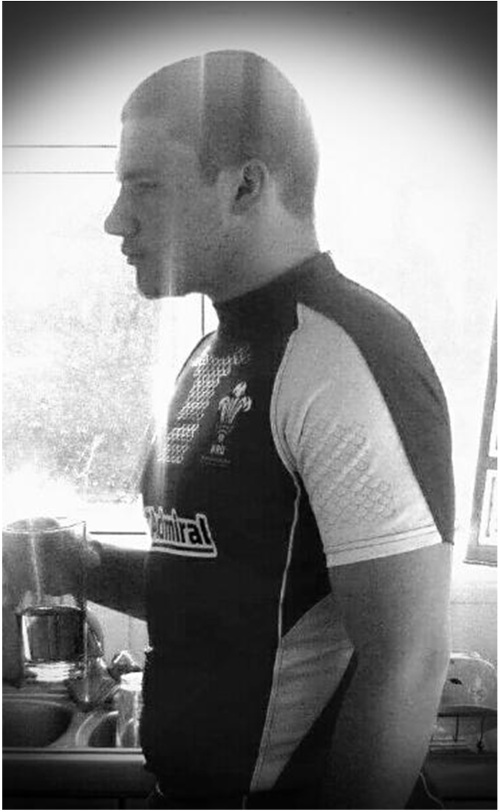 'I felt so alone'

“I was always good at school and understood the importance of education,” Nic continued.

“Following my brain injury, I really struggled to complete work and there was a notable change in my behaviour. I struggled to control my emotions and would often end up in fights and in trouble with the police as I could not suppress my anger.

"My injury meant I couldn’t even turn to rugby, which had previously been my hobby and emotional outlet."

For almost seven years, the effects of Nic’s concussion were misdiagnosed as mental health issues.

In the early days of recovery, Nic would often inexplicably lose consciousness and eventually managed to secure an appointment with a neurologist in Southampton. Despite being diagnosed with post-traumatic shock and told that his brain had been severely shaken, Nic was offered no follow-up care and the real cause of his anxiety and depression slipped through the net.

Rather than receiving specialist rehabilitative care, Nic was simply placed on a series of anti-depressants and even spent time in psychiatric units. It was not until more than six years after leaving hospital that Nic was finally referred to a neurological specialist who diagnosed him with severe frontal lobe damage caused by the head injury and he began receiving appropriate support.

"During my many years of misdiagnosis with no neurological support, I became seriously depressed and even suicidal at times," he explained.

“I couldn’t work for a long time and people often thought I was lazy. I felt so alone. I wish I'd known about the support Headway offers during my struggles in the early stages of recovery following my brain injury.

"I eventually moved to Wales to work as a delivery driver and labourer for a tiling company before moving to live close to my sister near London."

'Players are getting bigger'

“Before my head injury I would eat, sleep and breathe rugby," said Nic. "I love the sport and don't want people to be discouraged from playing.

“When 17-stone men run at each other, you know when you enter the pitch there will be a couple of bruises. But players are getting bigger. It is important to establish effective regulations and procedures to identify and treat concussion effectively while breaking down the ‘macho’ stigma of playing on when you are hurt.

“Clubs at every level have a duty of care to protect their players and take a responsible attitude to ensuring concussions do not go unnoticed and that injured players are supported.

“Sadly, I felt disappointed and let down as I received very little support from the rugby union community and my injury.

“We need to highlight the issue of head injury not just for professional teams that have club doctors, but for grass-root players who should be made aware of the correct ways to recognise and treat concussion.

“Concussion rules have come a long way since my injury, but there is still a way to go to ensuring no player with a head injury slips through the net.

“It is important for players of every level to remember that, when it comes to concussion: If in doubt – sit it out."

"I am finding courage from the knowledge that sharing my experiences may help others to manage the effects of their own sports-related brain injuries and even prevent future players from facing what I have been through.

“Life after brain injury can be a very isolating place and I have good days and bad days.

"Knowing there is somewhere like Headway where people understand the complexity of head injury is an important stepping stone to learning that things can get better."