When Kieran Wallis, 30 and from Dunfermline, in Scotland, suffered meningitis and a stroke at the tender age of just 15 months old, he was tragically left with a serious brain injury that would go on to challenge his family relationships in adulthood.

Now a university graduate, loving father-of-two and a keen drummer, Kieran is writing his first graphic novel with a message to anyone facing lifelong disability after brain injury: Carpe Diem (Seize the Day).

"It’s been a handful juggling my degree, my children, and the daily struggles that come with the long-term effects of brain injury, but it’s extremely rewarding," said Kieran.

"I was just a baby when I took seriously ill with meningitis which triggered a life-threatening stroke. The physical and hidden effects of brain injury have certainly followed me into my adult life.

"Ever since I can remember, I've battled with acquired hemiplegia, which means that I struggle with paralysis down one side of my body as a result of the brain injury sustained in infancy."

Hemiplegia also resulted in the left-hand side of Kieran's body growing very strong as his limbs have been forced to compensate for the weakness in the right-side throughout his life. Meanwhile, Kieran's right leg is slightly underdeveloped and a few inches shorter than his left.

"The long-term impact of hemiplegia means I walk with a distinctive limp which impacts upon my mobility," Kieran explained.

"Even today, the motor skills down the right side of my body are non-existent. If I need to use my right hand in any way, I have to physically put something into it with my left hand."

"My difficulties led to me being bullied at school," Kieran continued. "But I’ve found liberation through an acceptance of my condition.

"I've been playing drums for the past 22 years, which has certain therapeutic value and helps to strengthen movement in my right hand, arm and leg. My limbs have become somewhat more flexible in addition to the hobby being a great source of exercise!"

After leaving high school, Kieran decided to complete a sixth-month conservation gap-year project in Australia as he was determined to get out and see the world.

"My brother was already doing one in Argentina," Kieran continued. "Despite my personal challenges, I just could not see a reason why I shouldn't give it a go. I was completely out of my comfort zone, but it massively improved my confidence.

"The experience helped me learn that there’s always something positive to gain from confronting difficult situations."

With the support of his close family, Kieran used his love of learning and all things creative as a tool to drive him forward. He went on to complete nine years of college and, this year, graduated from Abertay University with a BA Degree in Visual Communication and Digital Publishing.

But Kieran's academic achievements after brain injury do not hold a candle to his biggest achievement of all.

"I'm very blessed to have two wonderful daughters, Phoebe and Naomi," said Kieran. "I see them on a regular basis having now split up with their mother.

"In the early days of fatherhood, there were many factors I found very challenging as a brain injury survivor. My daily routine would include tiring bus journeys throughout the day, taking Phoebe to Breakfast Club and Naomi to nursery, attending a full day at college and meeting strict project deadlines before collecting Naomi from nursery and Phoebe from After School Club. 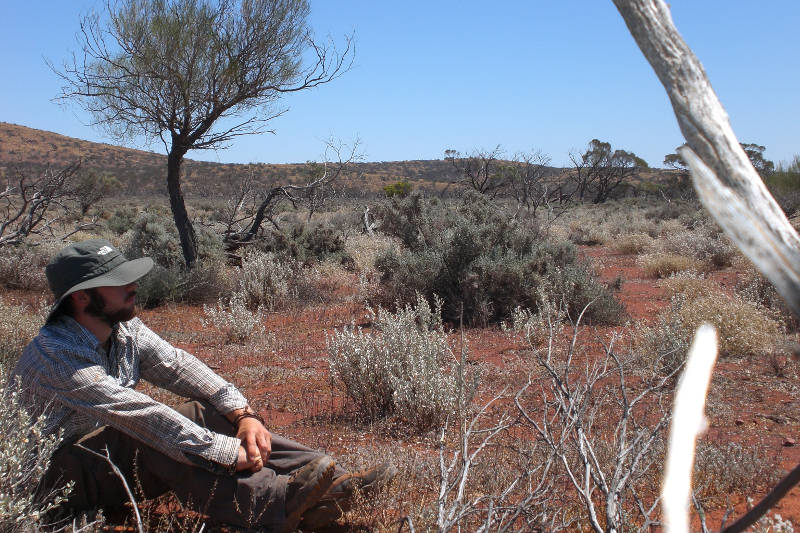 "My packed and stressful schedule often triggered epileptic fits and petit mals, which are best described as a momentary electric shock in the brain. The latter are rather unpleasant and would affect my ability to focus – not the easiest thing to cope with when looking after two young children. When these occurred, I always had a fear that I may fall to the floor or lose consciousness.

"Despite my epilepsy and fits, I simply powered through. I maintain that 2015 was by far the most challenging year of my life, particularly as it involved coming to terms with my dad's death in December 2014 on top of everything else."

Light at the end of the tunnel

The biggest turning point for Kieran came in January 2016, when he met his partner, Lizzy, on Facebook.

"Lizzy has ultimately been my saviour," said Kieran. "We bonded over our love of heavy metal music, and I've now moved out of my old flat and we have our own place together in Dunfermline.

"Before I met Lizzy, I was utterly miserable and struggling very much with life in every possible respect. She rescued me from a very discordant relationship with my ex-wife, who I'd been with for 10 years. 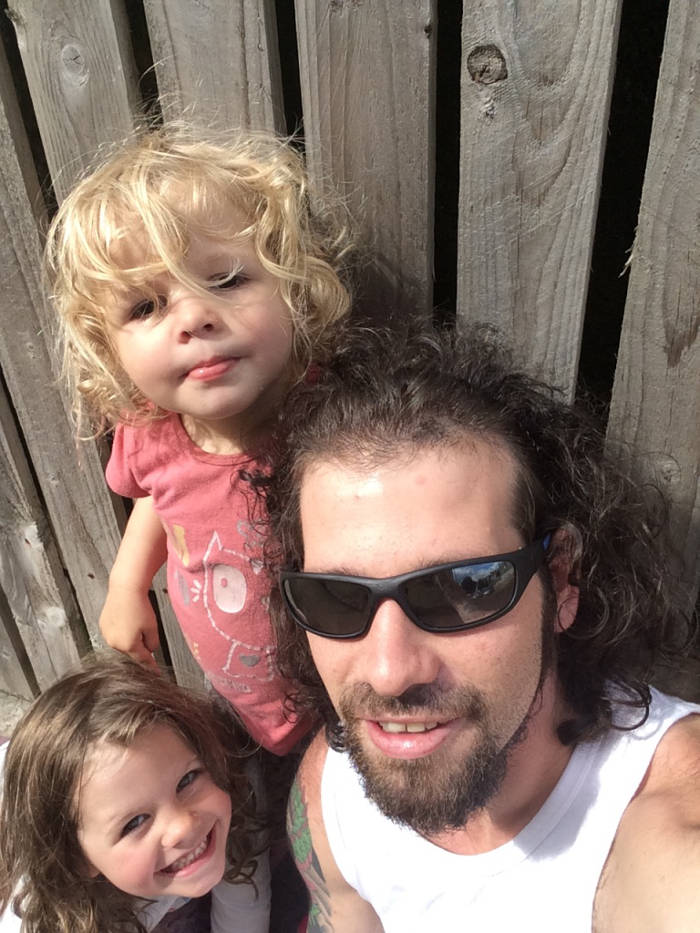 Kieran with his daughters

"The negativity between my ex-wife and I was having a serious effect on my daughters. I was unappreciated by them because of the constant negative atmosphere in the flat. The worst bit was believing that this was it for me from there on out.

"College was the only aspect of my life that really maintained my sanity! But Lizzy taught me that there is more to life than what I originally thought. Things don't have to remain the same way forever and there can be, in fact, a light at the end of the tunnel.

"Once I had moved out in May 2016, my relationship with my girls became far more intimate and loving. I owe a great deal of gratitude to Lizzy for that. Phoebe and Naomi both get on so well with her too, which is really fantastic!"

Mathematics is my kryptonite!

"There are still challenges caused by my brain injury, but being with Lizzy even makes those seem more manageable. Her extensive knowledge of finance has also meant she's been able to help me manage my own financial situation, which is something I've always found difficult as mathematics is my kryptonite!

"It has not been an easy time at all but, no matter what situations you encounter in life, it is so important to try and keep your head above water. If you persist with something and don't give up, the rewards are priceless!"

Following Kieran's brain injury, his mother became a speech and language therapist and she now works with people who have sustained acquired brain injuries.

Kieran said: "My mum has seen firsthand the great work that Headway is doing in communities across the country, it was her that first put me in touch with Headway Fife for advice.

"As an adult, attending support groups at Headway Fife has proven invaluable to my recovery.

"Yes, I'm a brain injury survivor. But I'm also a university graduate, a passionate drummer, a graphic novel writer and, most importantly, a father to two incredible little girls. There can be so much to life than disability if you look hard enough."

Kieran concluded: "I recently finished writing a 126-page graphic novel, using my original photography, graphic design and illustration. I’m hoping to get it published soon. It incorporates some of the struggles that I’ve faced in life because of the meningitis and stroke. For me, it’s important to try and reach out to others by telling your story.

"My graphic novel has been a very therapeutic and reflective project which has helped me a lot in coming to grips with the many things I have been through in life. It is not yet finished. There is always more to write!

"While daily tasks can still be difficult for someone with a brain injury, I've found that you learn to adapt and get on with life.

"The advice I’d give to anyone suffering with the long-term effects of a brain injury is tattooed on my arm – Carpe Diem. Having a brain injury has definitely affected my outlook on life and my goals.

You have to seize the day and make the most of the things you do.