Freestyle ski-sports journalist Matt Masson, also known as ‘The Wobbly Journo’, is living what many would say is a dream life. Now based in Chamonix, France, in the shadow of the mighty Mont Blanc, Matt has been able to keep writing through the pandemic, even seeing one of his articles published in National Geographic Traveller in January 2021.

But to say he’s battled against the odds to get there would be an understatement – in 2010 at the age of 23, Matt fell through a roof and sustained a severe brain injury which left him in a coma fighting for his life. The prognosis was dire.

We spoke to Matt and his mum, Anne, about the journey from brain injury to journalist, and their book titled ‘The Road to the Top of the Mountain’ which they wrote about the experience.

As he lay in hospital bed hooked up to machines, Matt’s family didn’t know if he would survive.

Anne recalls: “It was a horrendous time because we were terrified he would die, but we also knew that even if he lived, his life would never be the same.

"At the beginning no one can give an accurate prognosis of when or if a patient might emerge from a coma. It was just a matter of waiting and seeing which bits of the brain were still working as it slowly began to repair itself.

"When Matt was in ICU a friend of my other son brought in a load of Headway booklets about head injury, being in hospital, the brain etc. I think I had all of them!

They were really good and answered a lot of my questions. I also consulted the website frequently - including reading the brain injury stories.

Initially Matt couldn't talk, walk, or even sit up by himself. He would have to relearn everything from brushing his teeth to cutting up his food and speaking.

Within a few days of uttering his first words he announced his first goal - he was going to ski by the end of 2011.

Matt said: “Despite a few raised eyebrows from my doctors, I was determined to ski again. I obviously love doing it. I knew I wanted to be on the mountains again, surrounded by skiers.”

Matt spent a total of seven months in hospital and then rehabilitation, where he received physiotherapy, occupational therapy and speech and language therapy.

He then devoted himself to training, and by the end of 2011 he was back on skis, on real snow on the baby slopes of Le Tour, Chamonix, while in July 2012 he walked 300 metres carrying an Olympic Torch for the London 2012 Olympics. 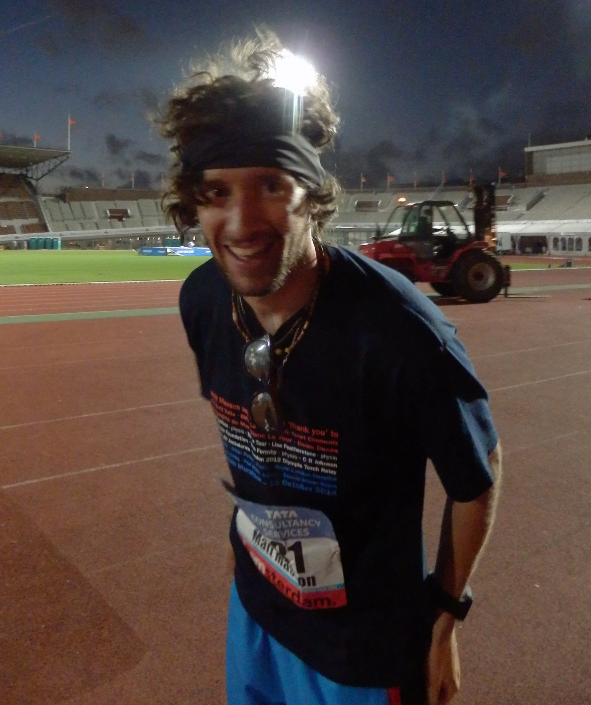 Matt finishing the Amsterdam marathon. It took him nine and a half hours, but he refused to give up.

In October 2014, he decided to really test his walking and walked the 26.2 miles of the Amsterdam Marathon. It took him nine and a half hours, but he refused to give up and staggered across the finish line after dark, long after anyone else, but with the biggest grin on his face. 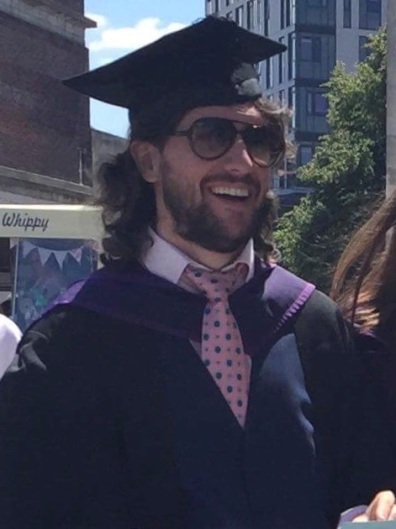 After five years dedicated to rehabilitation, the time came to think seriously about the future and Matt studied then graduated with a 2:1 degree in sports journalism. A few weeks later he was writing articles about skiing for websites and magazines, eventually turning his passion into a full-time job.

Witnessing Matt’s incredible journey and battling through as a parent inspired Anne to start writing a book about the experience, enlisting Matt to co-author it with her.

She said: “I don't think anyone could have predicted just what an extraordinary path Matt’s recovery would take. The fact that it all led to him ending up as a freeski journalist was really something no one had thought of during those early days. People kept saying ‘you need to write a book about this’, so I did.

“We knew nothing at all about brain injury and its consequences until Matt's accident and then we went on an extremely sharp learning curve. I often wished I could have found one book that explained it all in a positive fashion. The doctors urged caution, but I wanted hope.

“I included a lot of general information about brain injury to give a rounded picture of the good and the bad. I hoped that other people might discover it and benefit from our experiences.

“I also hoped that people who have no connection to brain injury would find it a good story and also learn from it and, for example, not instantly assume that a wobbly person is a drunk - they could be a brain injury survivor.

"I have been contacted by a couple of people who have had family members suffer TBIs, who have told me how much the book helped them. It really made me feel that the five years spent writing it were worthwhile!"

Although Matt still has a few problems with his balance and being in loud environments he maintains a positive attitude and genuine pride in his achievements.

When asked what message he’d give to others in a similar situation, Matt said: “Every brain injury is different, so every recovery is different, but hope is so important. Maybe not ridiculous hope, listen to your doctors and physios, but definitely aim high!

I know it’s easier said than done, but try to look on the bright side of stuff. People are a million times more likely to offer help if you’re smiling! 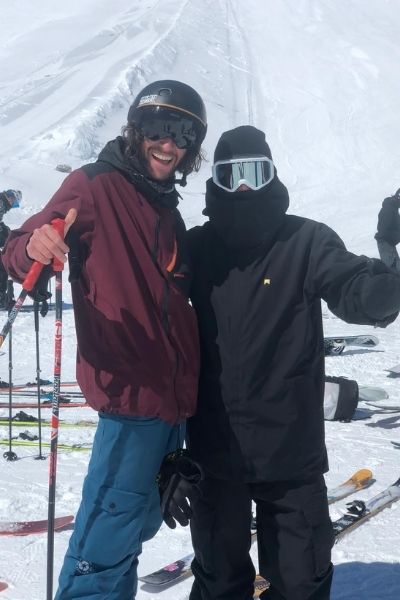 Matt Masson and Candide Thovex, at Audi Nines, in April 2020. Candide is a freeski legend! 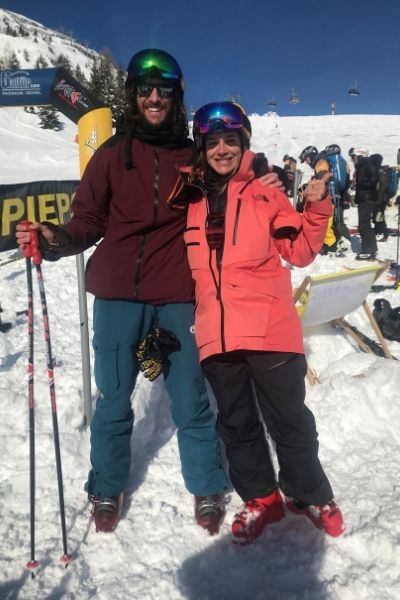 Anne concludes with a final thought for other parents who might be struggling to come to terms with the situation: “Listen to the doctors who are working so hard for your child, but also trust your own instincts and dare to hope for the best.

“Positive thinking can't work miracles, but I do believe it goes a long way and also gives you a lot of strength to keep fighting.

Matt had one golden rule: ‘No negativity’. I believe that got him a long way. He set goals and went for them. If they didn't work out, he simply went on to the next one.

Always one to set himself a challenge, Matt has big hopes for the future. As well as progressing his career as a journalist he plans to redo the marathon, cycle from the Alps to England and row across the Atlantic. Given his determination and all that he’s achieved so far, no one would bet against him!

The Road to the Top of the Mountain

You can buy Anne and Matt Masson's book The Road to the Top of the Mountain from leading bookshops including Waterstones and Amazon.co.uk.

The Road to the Top of the Mountain allows the reader to accompany Matt on his recovery path as, supported by friends, family and the ski community at large, he battled his way back to an independent life with many adventures on the way in Europe and America. It also explains in a basic way how the brain works and what happens when it is damaged. It is an uplifting story of great hope and determination as told by his mother, Anne, with contributions from Matt throughout. 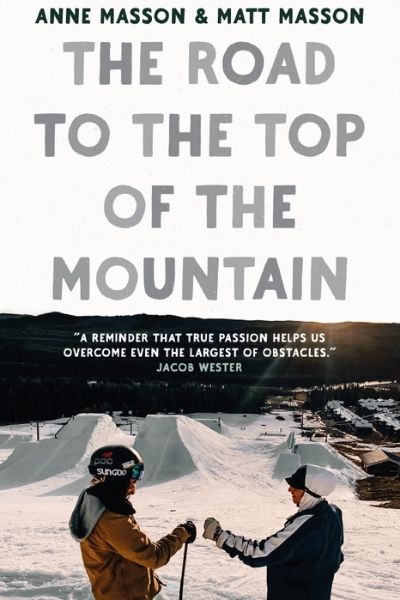 Find out about the early rehabilitation that can be expected after brain injury, including physical abilities, memory, concentration and fatigue.