Like many people with brain injuries, Tom Birch walks with a slight stagger and has impaired speech. Often it gives the impression he is drunk, and this has led to unfair treatment.

Tom is supporting Headway’s new Justice Project whose aim is to highlight the issue of brain injuries being over-represented in the criminal justice system.

The charity is trying to raise awareness of the high number of brain injury survivors either imprisoned with no support or rehabilitation, or unfairly arrested due to a lack of understanding of Acquired Brain Injury.

At the heart of Headway’s project is a photo ID card that will help brain injury survivors be more easily identified and supported if they come involved with the criminal justice system. The card, which is endorsed by the Police Federation, will include the possible symptoms for police to look out for and a contact number for further assistance.

Tom was serving in the Royal Marines in Afghanistan when he sustained a serious brain injury and other injuries in a road traffic accident. He had just turned 18.

Like many people with brain injuries, Tom walks with a slight stagger, giving the impression he is drunk, which leads to teasing and verbal abuse when he is out. He also has slightly impaired speech.

In 2014, Tom was forcibly restrained and arrested by a police officer who assumed him to be drunk.

This followed a quiet night out in London, where he had travelled with his brother for a medical appointment. The pair were about to board a train home to Nottingham at the time of the incident.

Although Tom is a vulnerable adult, he was taken away and placed in custody while his brother was told to go on his way. He was later released - at 4am - when the police realised their error.

Had Tom been carrying a Brain Injury Identity Card this situation may have been avoided.

Tom said he was supporting the Justice Project to breakdown the prejudices some people have concerning disability.

He said: “I have an invisible disability, you wouldn’t know from looking at me. It’s because of this that I think people’s prejudices get the better of themselves and they pre-judge you.

“They instantly think you are drunk, acting up or being a nuisance. It is really frustrating and upsetting. I only go to a few select places now as they know me in there and understand. I stick to the places I know and they know me. If I go somewhere new, it’s always in the back of my mind that they might think I’m drunk and reject me.”

"If I had the ID card it would have helped everyone deal with the situation better. The ID card is a good idea but it also has to used in a parallel with raising awareness. So people understand more about head injury and why people are acting the way they are. 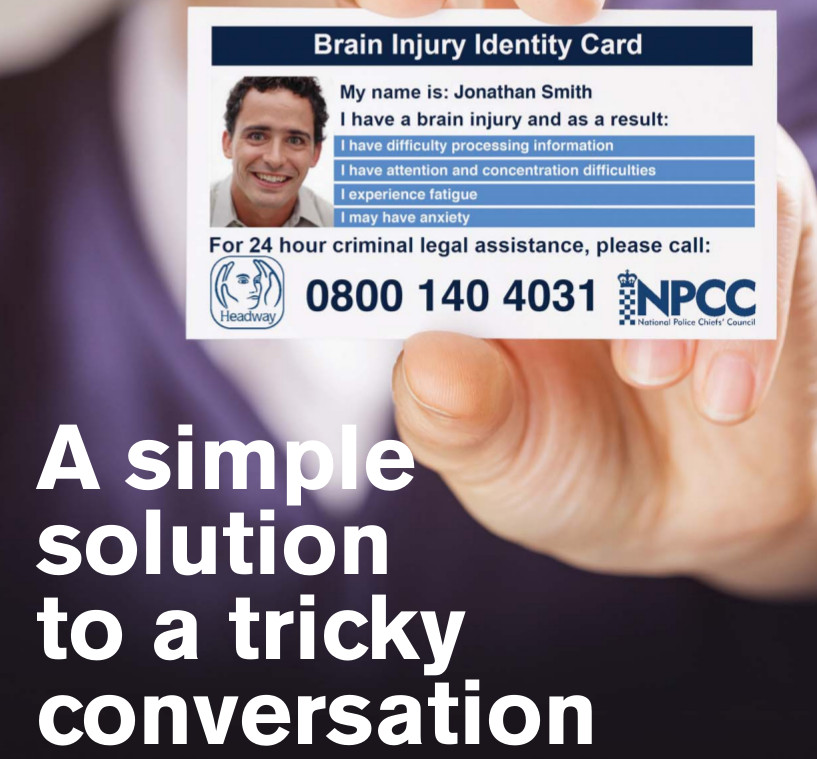 I think also the police need to understand more about it so when they see the ID card they are willing accept that they have made a mistake.