This section explains the causes and symptoms of a brain (cerebral) aneurysm as well as outlining the long-term effects and support options that are available.

What is a brain (cerebral) aneurysm?

A brain aneurysm is a swelling in the wall of a weakened blood vessel in the brain, resembling a blister. 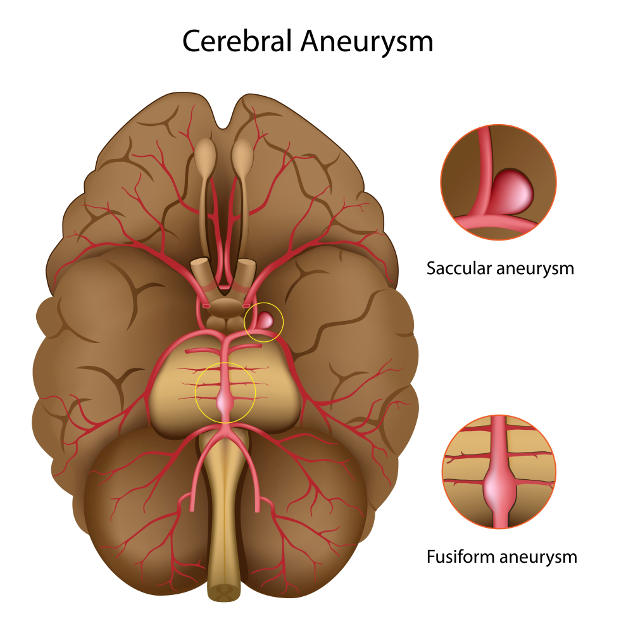 A blood vessel can be weakened from a number of causes (see section What causes a brain aneurysm?) When the wall is weakened, blood passing through can create pressure, causing part of the blood vessel wall to swell into an aneurysm.

An aneurysm can grow over time, causing pressure on the surrounding tissue. In a small number of cases, this can cause a variety of symptoms such as headaches and fatigue. However, in most cases people do not have any symptoms and may even be unaware that they have an aneurysm unless this is detected by chance, for instance if a scan is performed for a separate medical issue.

"There were no warning signs that something may be wrong,"

When is a brain aneurysm classified as a brain injury?

A brain aneurysm that is not growing or is not at risk of rupturing (bursting) is usually not classified as a brain injury. This is because an unruptured aneurysm only causes symptoms in a small number of cases.

An aneurysm that is at risk of rupturing or has already ruptured is classified as a brain injury.

What causes a brain aneurysm?

There are a number of things that can cause the blood vessels in the brain to weaken, thereby causing a brain aneurysm to develop. These include:

In some very rare cases, sustaining a severe head injury can cause an aneurysm to develop. It is also rare, although possible, that having a family history of a brain aneurysm can increase the chances of developing one.

How does an aneurysm affect the brain? 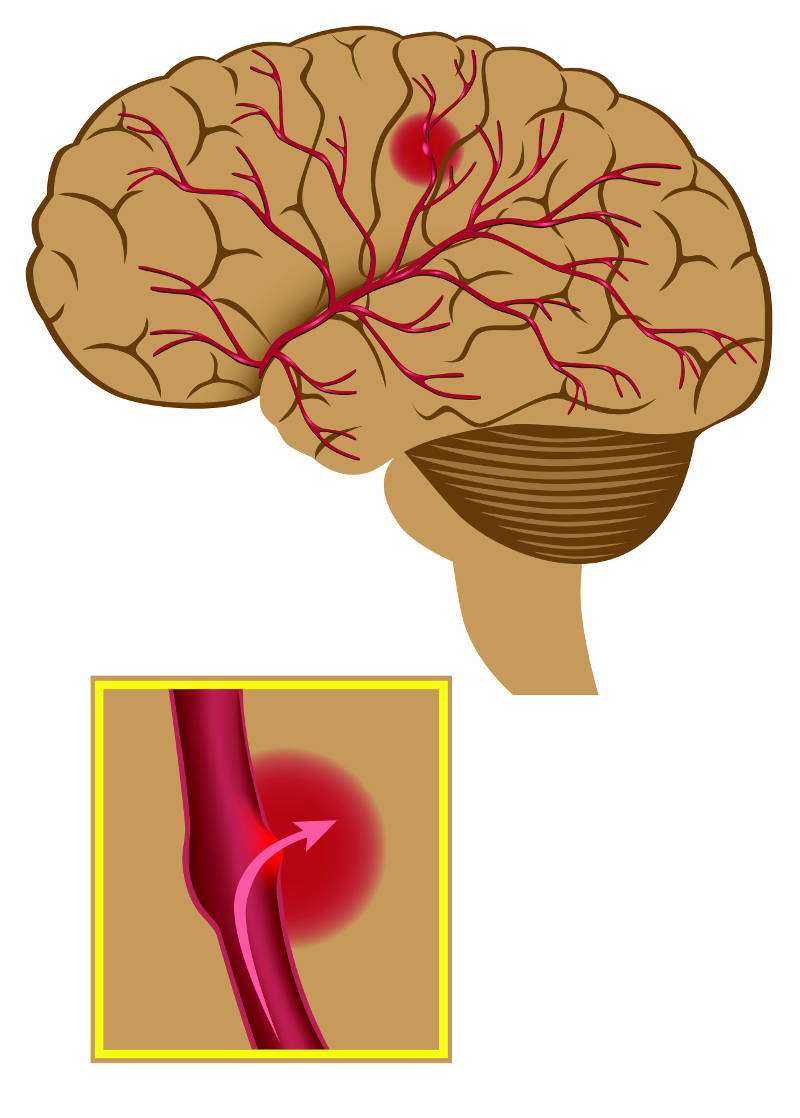 An unruptured aneurysm can affect the brain by placing pressure on the surrounding tissues.

A ruptured aneurysm causes serious bleeding into the surrounding tissue of the brain. This is called a haemorrhage or haemorrhagic stroke and is considered a medical emergency.

What are the symptoms of a brain aneurysm?

An unruptured aneurysm rarely causes symptoms. If symptoms are experienced, this may include:

You should always seek medical advice if you experience these symptoms.

You should seek urgent medical advice if you are experiencing any of these symptoms. Dial 999 and ask for an ambulance.

How are brain aneurysms treated?

It can be very upsetting to know that you have an aneurysm that is not being treated; some people may feel that this is a ‘ticking time bomb’. However, not all aneurysms grow or are at risk of rupturing, and if there is any concern this will be monitored by a medical professional. If it is decided that your aneurysm will not be treated, you should try to remember that this is because it is not considered to be a risk and, if possible, try not to worry too much about it. If you are experiencing symptoms related to the aneurysm, speak to your GP or neurologist about this. You can also speak to the Headway helpline if you have questions or concerns.

An aneurysm that is at risk of or has already burst may be treated with coiling or surgical clipping.

Coiling is where a series of platinum coils are threaded from the patient's groin up into the brain aneurysm, filling it with the platinum. The coil stays inside the aneurysm, which prevents any further blood from flowing into it and increasing the pressure against the weakened vessel. It is a complex procedure carried out under general anaesthetic. After the procedure you will need to remain lying down for a few hours to help with your blood pressure and may need to remain in hospital for a while to be monitored. You may need to have further brain scans in future to monitor the coils.

Surgical clipping is where a section of skull is removed (called a craniotomy), and a metal clip is placed over the ‘neck’ of the aneurysm to stop blood from flowing into it. This prevents any further blood from flowing into it and increasing pressure against the weakened vessel. It is a complex procedure carried out under general anaesthetic. After the procedure you will be monitored closely and may need to be placed into an induced coma to give your brain a chance to recover. You will need to remain in hospital for a while to be monitored.

Not all treatments are suitable in all cases, and the medical team will be able to advise on this. They will also discuss details of any procedure with you beforehand, including what may happen during the recovery phase following the procedure.

What are the effects of a brain aneurysm?

Information about the possible effects of a brain aneurysm is available in the section Effects of brain injury.

Headway offers a range of support to people with a brain injury, their family and friends. From a network of local groups and branches to specialist nurses, grants to individuals in need, a Brain Injury Identity Card and a nurse-led helpline.