Returning to work is one of the greatest challenges and biggest worries a brain injury survivor can face.

Some people are unable to return to their job for a long time post brain injury, or they may never regain the skills needed for that role. Unemployment can lead to financial worries, loneliness and a loss of identity.

That's why having the support of his employers, Rock-It Cargo, made such a difference to Terry Slade's recovery.

"Without their support I would not have got my life back on track in the way I have now," said the 55 year-old.

"The team at Rock-it Cargo are an essential part of why my rehabilitation has been so successful thus far."

Terry had spent 10 years working for Rock-It Cargo, a Heathrow airport based freight forwarding and logistics company, specialising in the entertainment industry.

When he wasn't working, Terry and his wife Debbie loved spending time with their four sons and seven grandchildren. In particular, Terry liked making the most of his Spurs season ticket.

On Saturday, 11 June, 2016, Terry went to bed with a migraine and suffered a burst aneurysm. He awoke several weeks later in a hospital bed, unable to recognise anybody except his wife.

"I was totally confused as to where I was and even what year it was," said Terry.

"Initially I was talking nonsense, with no concept of time or place. Things that had previously been important like family, work and hobbies suddenly meant little or nothing to me."

"I also learnt that my wife and son had to stand outside of the ambulance and hear the paramedics 'zap' me to restart my heart twice. That tore me apart but I will continue to try and forget it."

Terry needed to relearn to walk, initially needing a hoist to get out of bed. Despite having little to no balance, Terry would regularly push himself when the nurses weren't around, leading to multiple falls.

He lost so much weight he weighed just five stone, less than half his previous body weight.

"I didn't recognise anyone expect my wife and became troubled as to why ‘strangers’ kept walking around me including my children and sister of more than 50 years.

"I think that maybe the 80s must have been in my head because I was convinced Margaret Thatcher was still our Prime Minister!”

But along with his family and friends, Terry's colleagues from Rock-It Cargo regularly visited him in hospital to check how he was doing, even when he recognised no-one but his wife.

He said: "Rock-It Cargo has gone way beyond what I thought any employers in this day and age would do, most would have probably just cut me adrift at an early stage, with no hope of return. Rock-It Cargo did no such thing.

"The company's reaction to what happened was just astonishing. They fully supported me during my recovery and return to work, and they also visited me in hospital on multiple occasions, even when I didn't recognise anyone. 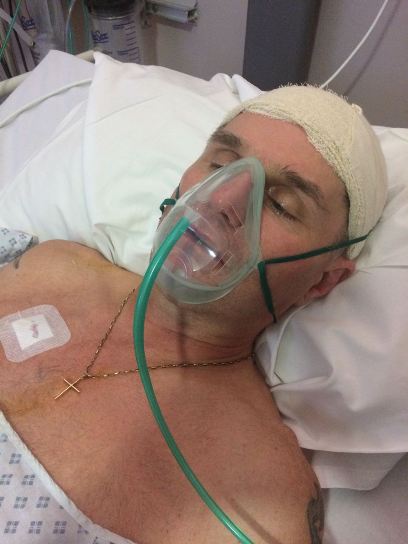 "For me to know that my employers ‘had my back’, throughout such a dark time was wonderful and without doubt hastened my recovery to where I am now." 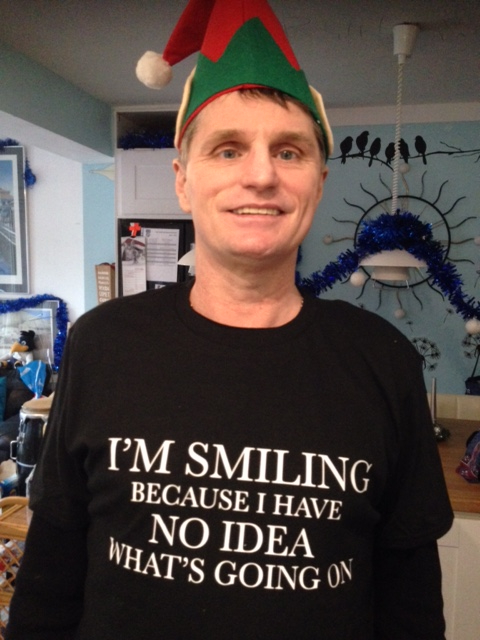 A T-shirt given to Terry by his son James.

"Without them I may never have got back to a relatively ‘normal’ way of life, taking my place again as a useful member of the team and in society.

"I was loyal to them before by my brain injury, but now they will also have my undying gratitude for the rest of my life."

Terry is now back at work, but has to live with the lasting effects of his brain injury. Rock-it Cargo recognise Terry’s limitations and structures his workload to suit his current situation.

"I find it harder to control my emotions and I quickly become upset and emotional far quicker than before about relatively small issues which I would have just shook off before.

"I am saddened a lot easier, I can no longer watch the news in case it's sad or bad news.

“I have the motivation to do things once home or during weekends but I find hard to sometimes due to fatigue, which I still haven’t managed to sort out.

“The real problem with this is that it seems to breed depression, which I now feel I may be getting to grips with through medical science and the priceless interaction with Headway when I need to talk.”

Behavioural changes after brain injury are many and varied. Get more information on these common effects of brain injury.