How to cope with memor...

Memory problems are one of the most prevalent issues encountered by people with brain injury. In fact, 85% of people who hold a Headway Brain Injury Identity Card list memory problems as something they experience.

While there are no easy ways to 'fix' memory problems, many people find that there are steps that can be taken to lessen the impact on daily life and increase independence.

"For those with severe and widespread problems, the best method may involve restructuring or organising the environment."

With this in mind the information presented here should not replace professional advice or be considered as a 'one-size-fits-all' guide, but with the addition of feedback from the brain injury survivors and carers in our online communities, we hope that some of the strategies below can be used to help cope with memory problems after brain injury.

As with so many aspects of brain injury, it is important not to suffer in silence and to make use of the people around you for support.

Professional support may come from a brain injury rehab team in the early stages, but people who find themselves struggling in the longer-term or those who did not go through formal rehabilitation should start by speaking to their GP. They may be able to refer you to a professional such as a neuropsychologist or occupational therapist who can help you to find the right strategies to support your memory.

The Headway helpline and your local Headway group or branch can provide further information and support.

"The biggest aids are those around me, who know it can be the simplest of things which will throw me," explained Bella Brodie.

"I only realised I had one when I googled it to buy another. So, I showed my son what and where it was for next time as I will forget again, and he won't."

Brain injury survivor Tom appreciates the great friends around him who are willing to help, and the way they stay light-hearted about his memory problems.

Tom said: "Luckily I have great friends, and they know to remind me constantly about things.

They're also used to getting phone calls from me two minutes after parting to ask what I'm getting them from the shop/bar. But I'm also thankful they're willing to laugh and joke about my problems.

The rise of smartphones and wearable technology has ensured people have greater access to memory aids than ever. Simple apps and built-in functions can stand in where memory fails, helping brain injury survivors to take on everyday activities that may have otherwise been impossible.

As well as sending reminder texts to herself, Pauline Rapier explains: "I have the calendar on my phone which automatically puts in certain appointments and parcel deliveries."

The built-in calendars are a recurring theme among our community members.

"Joint electronic diary," said Jenni Moorhouse. "Hubby with ABI (subarachnoid haemorrhage) writes everything he needs to do in the diary, posting letter, ringing garage, then deletes as he does it. 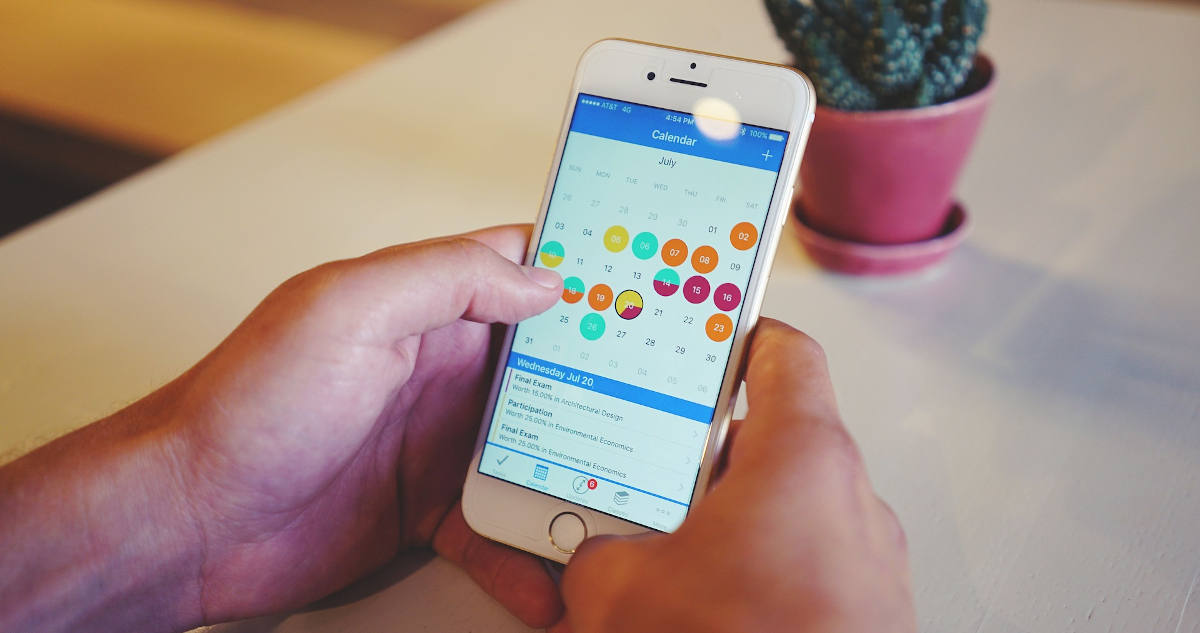 Built-in apps like calendars can help with planning and organisation

"He can read it as often as he likes to remember, and I don’t have to nag and can see when he has done things."

There are plenty of creative ways in which calendars can be linked to other features such as voice control and wearables. It may be a case of trial-and-error but finding something that works can be a gamechanger for people with brain injury.

"A voice recorder did it for me but now I use my Alexa on my phone. It will update my Google calendar instantly," explained Gerald Mack.

While Carole Johnson said: "Apple Watch for my son with reminders has been a godsend. Expensive but worth it."

There are many types of smart watches available which can synchronise with people's calendars and phones, making it very easy to receive reminders without having to take any further steps.

It's also worth exploring the other options that smartphones can offer.  Simple notes and to-do list apps can help with organisation and to jot ideas down when you have them. 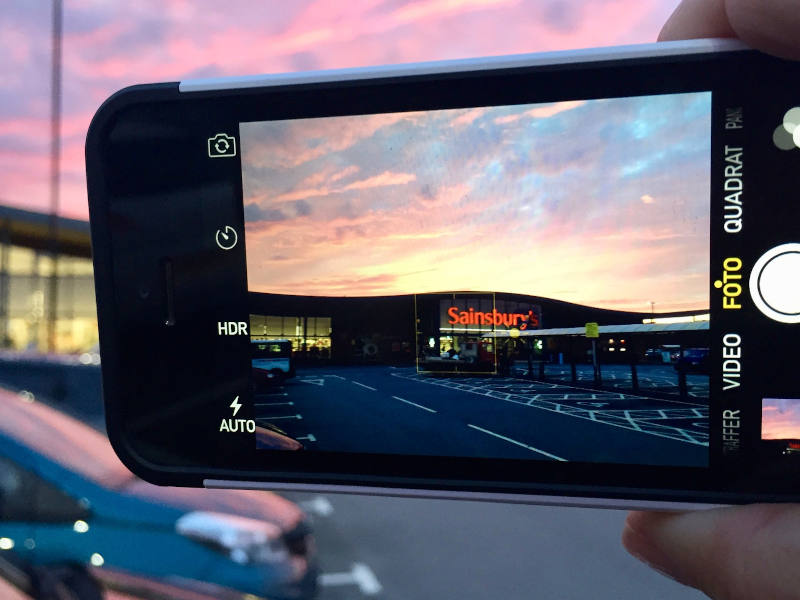 Taking a photo can remind you where you have parked your car.

Maps can help you with route-finding and if you get lost. Features like Google Streetview can even help you get an idea of accessibility and parking options before you head out.

Some people find the built-in camera can be a useful memory aid, helping you to catalogue day-to-day events for recall later and assist you while out-and-about.

Lydia Solman uses hers when taking a trip out in the car: "Before I put my car keys away I make a point of looking at where I’ve parked it and if it’s in a large car park taking a photo of the aisle number. Otherwise it becomes a game with the children to try and find the car!"

Finding technology that is easy to use, has all the essential features and is at a price that suits you can take time, but speaking to friends, researching on the internet and potentially getting guidance from a professional such as an occupational therapist can help you to make the right choice.

Techniques that don't rely on technology

Despite the potential of smartphones, many people find them difficult to use and there is a lot to be said for exploring the many non-tech solutions for supporting your memory after brain injury.

"I have a whiteboard on my front door, with things I need to remember to take when I go out," explains Karen Makeham. "It has meds, phone, wallet, water bottle, keys etc. I can add 'take out rubbish' or any task. Highly recommend."

Amber Kimball finds notebooks are an effective solution, along with other less-conventional places for writing her lists: "Notebooks everywhere with to-do lists, lists written on the back of my hand, notes on the doors and mirrors."

While Jenny Stead relies on the tried-and-tested option of sticky notes: "I am a teacher so lists come naturally to me as does a love of post its!

Although I still tend to write only one or two words on them which can make them tricky to decipher! 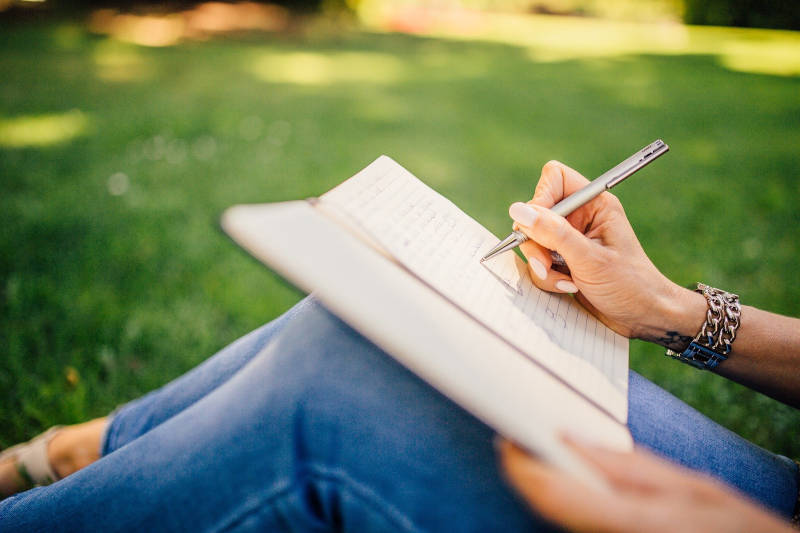 Paper notebooks can be an excellent way to keep lists and notes.

Whatever you choose, memory aids are rarely a complete solution. Where memory is severely affected, they come with the obvious limitation of having to remember to check them - a problem that may be difficult to overcome.

Ken Bevis sums it up perfectly: "Setting reminders and writing stuff down is great. It's short term everyday stuff that I haven't figured out. Have I fed the cat? Did I lock the door? Did I send that email? The kind of stuff you wouldn't write down, really. It's been eight years and there isn't anything that I have found to make that easier.

While Dave Spinks experiences a problem that no doubt many people with brain injury can instantly relate to: "I used to write jobs down in a large diary until I mislaid that. Cannot remember where I put it!"

Tips from the Headway helpline

We spoke to our helpline about the memory aids and tips they recommend:

You can find more useful information in our booklet Memory problems after brain injury and the accompanying factsheet Coping with memory problems: Practical strategies. You can download these below.

If you are affected by any of the issues discussed in this article, speak to your doctor for help. You can also contact the Headway helpline on 0808 800 2244 or helpline@headway.org.uk to discuss your concerns.

How to manage memory problems after brain injury