In late December 2006, Alan Heal suffered an abscess on the brain and underwent surgery on New Year’s Eve to remove it.

Here, in this special Q&A, we ask Alan about his proudest moments, the most positive and frustrating aspect of his brain injury and his advice to fellow survivors.

After four months in hospital following my acquired brain injury (ABI), I came home and realised nothing would ever be the same again. My speech, short-term memory, cognitive skills and balance had all been affected, but most worrying was my confidence in going out, particularly on my own.

My wife and I decided to get a dog as part of my therapy. While my wife was at work, our 12-month-old Collie Cross called Rosie would be company for me and would need exercising, so I had no choice but to take her out. Initially we started with short walks around the block but as my confidence grew, and to Rosie’s delight, her walks got longer and longer and I loved our adventures together. Now 15 years old, Rosie still enjoys our walks together, but she is slowing down with age.

What is your proudest moment?

I have had a number of proud moments since my ABI, the first being in 2011 when I completed a marathon, the Cheltenham Circular Walk, 26 miles in exactly nine hours. I raised over £800 for the Evesham ABI Centre. I will be forever grateful for their help in the early days of my recovery.

My next proud moment was to continue my hobby of motorcycles and photography. Before my ABI I was an accredited photographer for the British Superbike Series and thanks to help from my fellow media friends, I was able to continue. The hardest thing was because of my memory issues, I had to almost learn how to use a camera again, but I managed to continue supplying newspapers with photographs and race reports. After each race weekend I was exhausted because of how much I had to concentrate, and I suffered headaches for several days after so in 2019 I decided it was time to stop.

Without the love and support of my wife I could not have achieved as much as I have. Viv has been beside me through the good times and the worst of times and on a day when I feel at my lowest, she has been there to help. 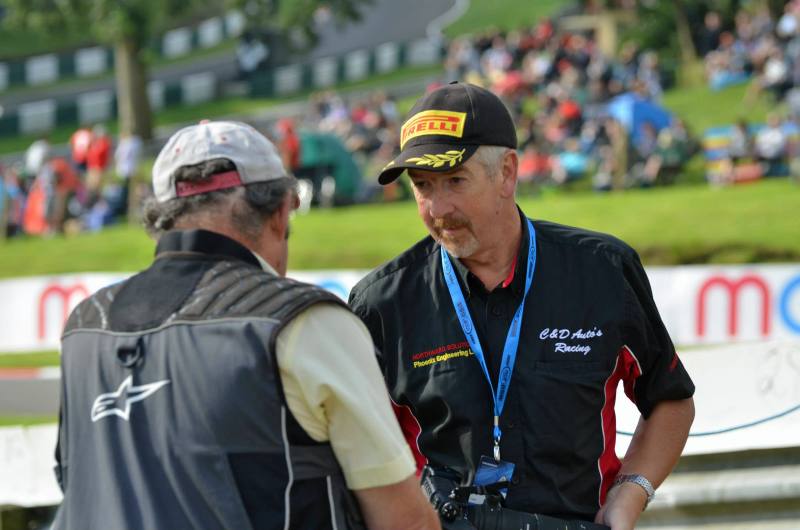 Family and friends have been so supportive, but Viv has been with me 24/7 and understands the emotions and frustrations that I experience. Despite having a full-time job and dealing with her own health condition, she has been my rock and I would not have achieved so much without her.

Have there been any positives to come from your brain injury?

Learning new skills and short-term memory loss is frustrating. Many times I ask my wife a question and am told that I’d asked the same question on at least one occasion before. Writing check lists helps - for example when walking the dog I have PPK written next to the harness and lead which reminds me phone, poo bags and keys. Simple idea but it works for me.

How has Headway helped you?

The Evesham ABI Centre and Headway are my safety net, a place and people that are there for me if needed. I am fine going out on my own now but still suffer anxiety in large crowds and I always carry my Headway Brain Injury ID Card with me as backup.

What is the most important lesson life has taught you?

The short answer is do not take your health for granted - an ABI can happen to anyone at any time. But don’t despair, keeping mentally and physically active is important but don’t overdo it. I have learnt my limitations and I know when it’s time to slow down and take time out to recharge my batteries.

Have there been any positives to come from your brain injury?

Knowing that family, friends and associations such as Headway are there for me if needed. Life changed after my ABI, but it made me realise the importance of family and friends.

What advice would you give to fellow brain injury survivors?

Try to keep your brain and body active. You don’t have to run a marathon or take a degree at university, set yourself targets no matter how small and don’t worry if you don’t quite achieve it, there is always tomorrow.

And remember, while it can be difficult to describe your feelings, even to close family and friends, there are others with similar emotions and talking to Headway will help as they understand.

Help us to provide vital resources and support to individuals and families affected by brain injury.