Before his brain injury in 1972, 17-year-old Ian Litchfield was an outdoorsy teenager who enjoyed playing rugby and helping out at his family's farm in Northampton. One fateful morning, Ian had been travelling to college as a passenger in his friend's car when the pair were involved in an accident at a road junction.

As Ian was thrown forward against the car's front window, the impact of the glass against his head was so violent that the teen was left with a severe brain injury.

42 years after the crash, Ian tells below of the triumphs and challenges of recovery after brain injury...

"I was turned from rugby player to little more than a cabbage in just a few hours," Ian recalled. "I was rushed to Northampton General Hospital with serious head injuries, and the doctors kept me in an intensive care unit for four weeks.

"After four weeks of amazing support from my nurse Ruth - who provided me with continuous, daily support and helped me to relearn how to walk - I was eventually transferred to Manfield Hospital in Northampton. A further three weeks later I was taken to Rivermaed Hospital on the outskirts of Oxford to start my rehabilitation.

"Even when my condition began to improve I was unable to feed or even wash myself, but I was so 'out of this world' it did not worry me.

"My brain injury had a hugely debilitating impact upon my movement and muscles, particularly down the left side of my body. My arm would curl and bend inwards with spasms and my left leg has been left permanently partially-paralysed as a result of my brain injury.

"Even when I finally began to improve, there was very little physiotherapy available in the 1970s and I would still often struggle with basic tasks, such as holding a knife and fork."

It was several months before Ian regained a degree of control over his movement and, as his friends went on to university and applied for jobs, the teen was forced to spend the next year of his life in Rivermead Hospital.

"One year after I was discharged from hospital - and in-keeping with my farming background - I started working for a shop selling animal feeds. I forced myself to go back to work too quickly after my brain injury, which did not help me. I just wanted things to get back to normal, but after four hours of work I would lose my concentration and I was always so exhausted on an evening.

"In 2002, my problems with movement eventually caused me to suffer from severe back pain and I finally decided to give my muscles a much-needed rest and take up a more managerial role in my family's farming business.

"I am so grateful for my mother, who would always find time to take me out for coffee or visit friends, though I found it frustrating to stop at the farm and see people doing the manual work I could not manage after my brain injury."

Today, Ian is happily married and lives with his wife, Jhiona, at their rural home in Crick village, near Rugby, in Northamptonshire. Ian has even taken to trying his hand at writing, producing a poetry book, called Life, which tracks his 42 years of recovery through poems.

"Brain injury can be a very lonely experience," said Ian. "For many years after my accident I led quite an isolated life. I lost most of my friends because I was often too scared to go out, and they just didn't seem to understand my limitations.

"The process of writing gave me a focus and, even now, it helps with my rehabilitation by allowing me to express and communicate my experiences of brain injury to readers.

"I am also in the process of launching my idea for a mini-carpet that is designed to help people with disabilities participate with indoor games and activities. The carpet can even be used by people who use wheelchairs. It is my aim to support other people who share my physical limitations to get back into social activities such as bowls and other indoor activities."

42 years into his recovery, Ian has no intention of giving up the belief that improvements can still be made.

"I realised that it is no good sitting back - you've got to keep trying. Once I was able to move one toe, it drove me to push for more movement.

"It's not about promoting false hope. It's about keeping the faith that, with the right care and motivation, small targets can be achieved.

It doesn't happen for everyone affected by brain injury but I feel very fortunate that, even more than 40 years on from a brain injury, victories can be won."

Ian's first book about brain injury, entitled Another World, can be purchased from Amazon.co.uk 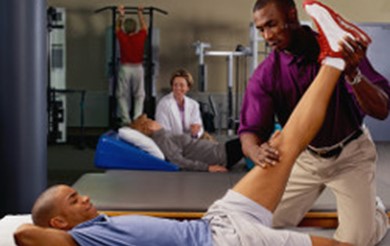 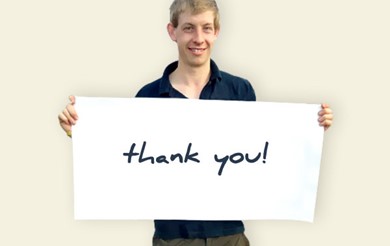