Hobbies and passions provide people with an abundance of joy, and for some, a sense of identity. But what happens when being around something that was once so important to you becomes a terrifying reminder of the worse period of your life?

This is the scenario that Nigel Limb found himself in after a motorbike accident in 2015 left him with a traumatic brain injury.

Nigel, a motorbike and car enthusiast, crashed during a speedway racing accident at the Mablethorpe Beach. As he was speeding across the sands he hit a pool of water at 70mph and was propelled over the handlebars.

He was airlifted to Hull Royal Infirmary and was placed in a coma, doctors did not predict him to survive, and prepared his wife Julie for the worst.

Nigel, from Sutton-on-Sea, said: “They took my wife and son into the ‘Room of Doom’ and told them that they should say goodbye as they thought my time would soon be over.”

But Nigel pulled through, and after 11 days in a coma, he gradually regained consciousness but was left partially sighted.

He said his first memory was hearing his son’s voice near his bed. He said: “I wanted to speak to Julie. She had lost her mum a few days before my accident and that pressure sent her on a mental health spiral and she ended up being sectioned.

“My son didn’t want to upset me so he made up some excuse about her being in hospital for something else.”

Nigel recovered well and was discharged from hospital after only four weeks. However, he was left with a number of issues including problems with his sight, memory and mobility.

He said: “I was a wreck of a man. I couldn’t do anything and my vision problems were causing everyone stress.

“My wife’s mental health was affected and it was as this point I realised I had lost everything." 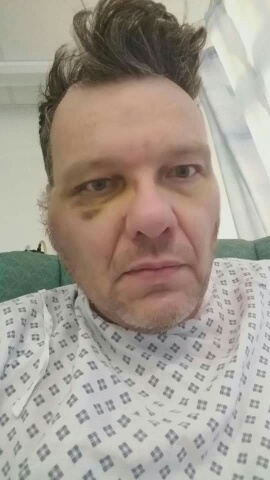 I had lost my business of 27 years, most of my eyesight, the joy of my hobby and my wife was struggling to cope.

However with time, and help from his children, the local council, and a NHS eye hospital, Nigel began to recover.

He was also helped massively by his wife who had recovered from her breakdown. He said: “Each day was a challenge and there were some dark times, but with support, I just decided to chip away at life.”

Nigel said as he began to improve and rebuild his life, he still felt a massive void where his old passions used to reside.

He said: “Motorbikes were my life, my obsession. I spent 15 years as a motorbike mechanic. I also enjoyed taking photographs of the sandracing at Mablethorpe - as well as racing myself.

“I own eight motorbikes but after the accident I didn’t want to be near them, talk about them or anything.  I just couldn’t face it but then as time went by I knew deep down I needed to face up to my anxiety around them. I said to my wife, ‘I need to go and watch some bike racing and I need you to drag me there!’ She did what I asked and it was horrendous. I was nervous wreck.”

Nigel didn’t stop there though.

“After seeing the racing. I knew what I needed to do. I had to slay that demon and get back on a bike.

“I borrowed a friend’s bike and headed off to the Eddie Wright Raceway track in Scunthorpe to prove to myself I could do it.

I was sat on the bike in the pits and I said to myself ‘Nige what are you doing here?’ I just didn’t know what was going to happen. But once I got riding, it filled me with great joy. I ended up doing six laps.”

This experience spurned Nigel on even further and weeks later he rode a bike down the very same beach on which he sustained his brain injury.

He said: “I was very nervous and could feel the adrenaline flowing through me as I got on the bike. I was determined to come and conquer that fear, and that’s exactly what I did.” 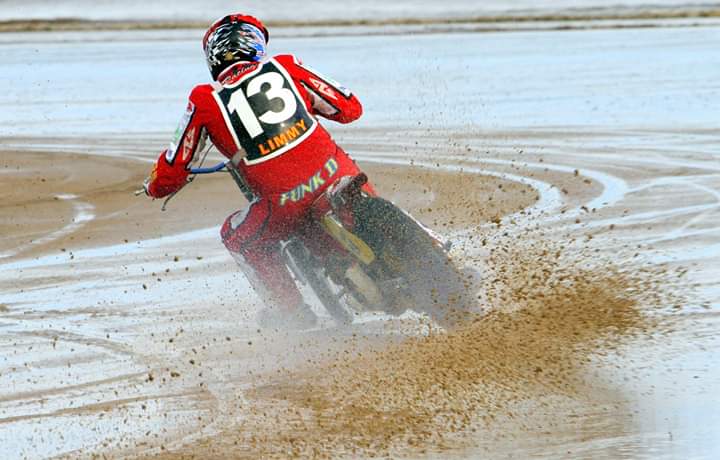