In December 2014 I had a car accident which was a case of “wrong place, wrong time” for everyone involved. It really was a true accident, as it was no ones fault. Well that’s not entirely true. A bird of prey, a Buzzard smashed into the windscreen of the lorry behind me, and as I slowed for traffic ahead the lorry slammed into the back of me. So you could say it was the Buzzards fault, but it’s not nice to speak ill of the dead.

I didn’t realise I had a brain injury.

I was air lifted to the London Royal Hospital where I remained for just 10 days, until I was able to walk well enough with a crutch to go home. With no memory of what happened, I didn’t feel traumatised. But I was in a lot of pain, I had damaged part of my spine and had a large gash on my head. But I didn’t recognise anything strange about my personality or thought process. However that was because I lacked the insight to understand my behaviour. 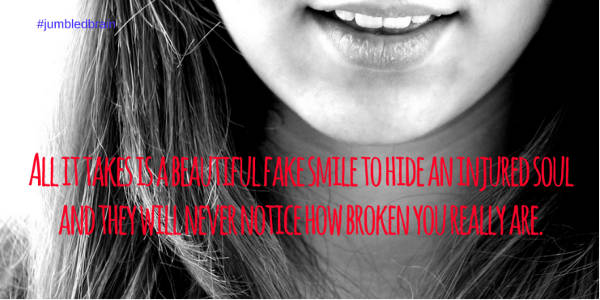 I assumed I had concussion, and in time it would pass. The doctors hadn’t told me or my partner James very much. Later James told me when I was first admitted, they had thought I might have had a stroke, but ruled that out. It wasn’t until months later when I went back as an out patient that we were told I’d had a small bleed at the base of my brain. As it had stopped without needing intervention they didn’t feel it was serious. However it had irritated my spinal cord which controls how your internal organs operate. This left my bladder and bowels needing to relearn how to operate properly.

How I found Headway.

A speech and language therapist was helping me to relax the muscles in my throat through special exercises. They had been left so tense after my accident that I could only speak in a strangle squeaky voice.

But as well as that she gave me some invaluable advice by telling me about Headway. Handing me a leaflet she told me how she had many other patients who had suffered a head injury that had really benefited form their support.

Not knowing what to expect, Jo from the Headway, Hertfordshire team met me at my home. She needed to find out about me and explain how they might be able to help.

I joined a group who met once a fortnight with another team member, Annette. Everyone was welcoming, and Annette helped us better understand our injuries by teaching us about the brain. For me that was just what I needed. As I hadn’t been given much information by the doctors this helped me reconcile what I was experiencing.

Annette set me up on an online brain training program called Cogmed. Primarily it is designed to help your memory skills. Annette was able to log in to see my progress, as was I. And although I had slow beginnings, soon I was improving in each test. Being able to monitor my progress was a massive motivating factor for me. So I did it even more often than she had suggested I should. 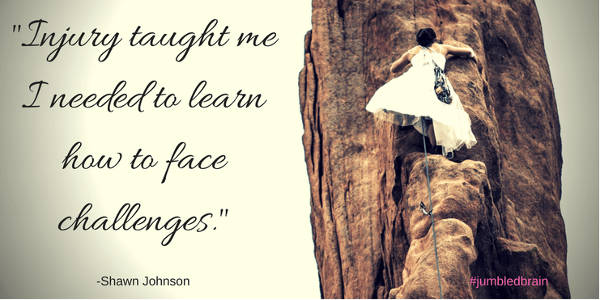 Inspired to write my blog – Jumbledbrain.

Throughout my experience with Headway, my confidence started to regrow. Now I write a blog about brain injury, www.jumbledbrain.com. As I had to relearn how to read and write, at one stage it seemed impossible that I would be doing this.

Once I learned I had a diffuse axonal brain injury I wanted to raise awareness and understanding about it. A diffuse axonal brain injury is where rotational forces have disrupted numerous pathways in the brain, not necessarily in just one site. Often many different areas may have sustained damage, but it often doesn’t show up in CT or MRI scans. Often, as in my case, it is the result of a car accident. I didn’t know about this before, and only associated brain injury with physical disability. Now I know what it’s like to look “fine” when you’re not, I wanted to raise awareness.

Through my blog I give tips that I have found helped me, and many of my readers share brilliant ones too. So far I’ve had great feedback, with many telling me that it helps them as they can’t always express what living with a brain injury is like. They can relate to my articles and direct loved ones to read them so they can better understand what they are going through. Instead of writing it as a diary, each article is about a particular topic. My aim is to make it easier for people to find a particular subject. 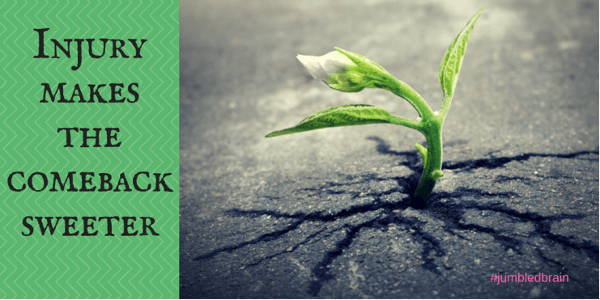 Throughout my career I never knew what my calling in life was. Perhaps fate decided I needed to do this. I love to feel I might in some small way be helping others. Whilst I don’t want to have a brain injury, I’m trying to put it to good use.