When Rebecca Grant was invited to visit a pen pal in Northern Ireland, it was too good of an opportunity to miss. But for the 29-old brain injury survivor, the thought of travelling abroad alone was daunting.

Since sustaining her brain injury in a car accident at the age of 13, she had never flown by herself. She was unsure how she would manage the effects of her brain injury such as coping with her fatigue and frustration while dealing with the usual stress of catching a flight.

"I was paranoid about a lot of things before the flight," she said.

"But I had a great time, and I think everyone should give it a go, even if they travel with someone else."

As a result of her brain injury Rebecca still suffers from memory loss.

Long before she reached the airport, she spent time checking she had her dates and times for her flights correct, and the right days booked off work, as she was paranoid she might forget.

Once she had arrived at the airport, Rebecca found there were plenty of staff to ask for help.

But passing through airport security was challenging for Rebecca, who can get angry and frustrated as a result of her brain injury.

"I always get stopped at airport security!" she said. "I've been to France with school and to Spain with my mum and they always do it. 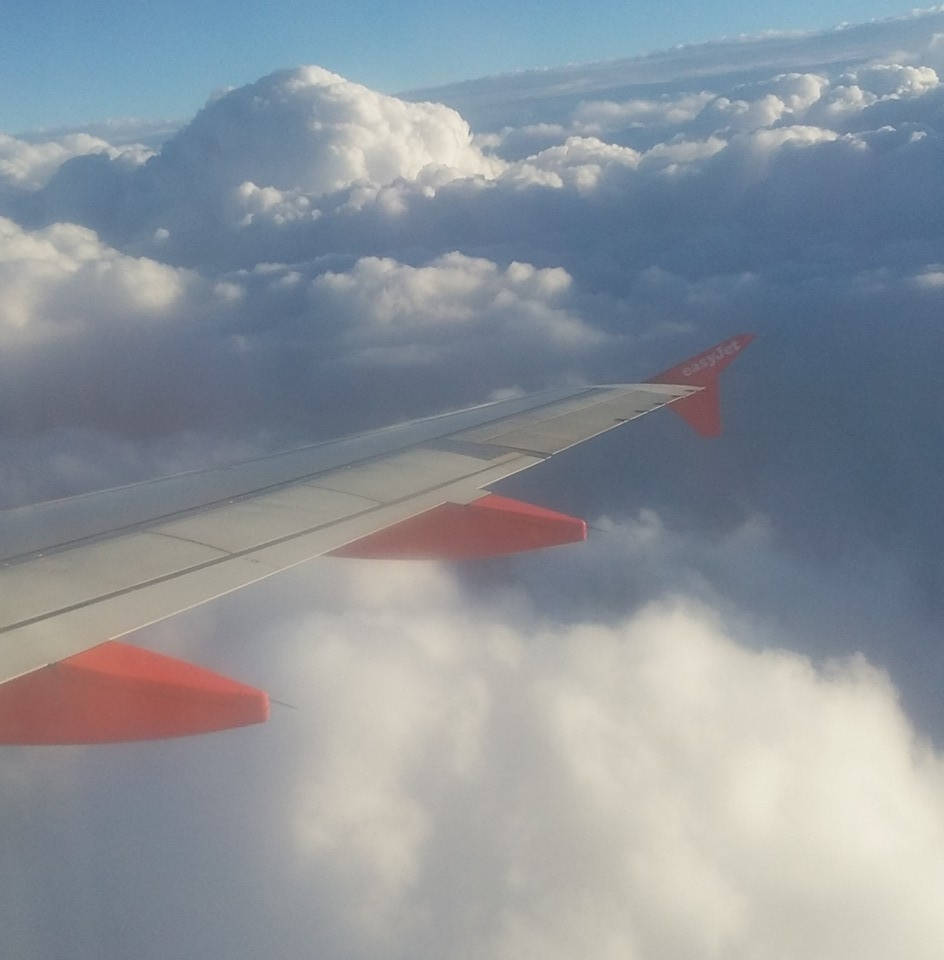 "I don't like it because it makes me impatient. I get paranoid that people are queue jumping.

"Then when I get angry I get verbal diarrhoea. 'Why won't you let me through? Why do you want to pat me down? Don't you like how I look?'"

After passing through security and making it to the boarding gate on time - Rebecca's next hurdle was getting onto the plane.

"When it comes to finding your seat, there are 200 people trying to fit on a tiny aircraft and I found that claustrophobic," she said.

"I didn't really enjoy the take-off, but once you're above the fluffy clouds, it's a nice feeling.

"I took a short nap on the flight because I found the process of going though the airport to get on the flight quite tiring. I still suffer from fatigue and feel tired every day, so I drink lots of caffeine to keep me going."

Although she flew alone, Rebecca had the reassurance of meeting her friend when she reached her destination.

Travelling alone gave Rebecca such a confidence boost, she braved her fears and boarded a plane for Belfast again in April 2017, this time for a slightly longer stay.

"I was extremely nervous even up until the morning I flew," she said. "I was really paranoid I was going to forget something, miss the bus or miss the plane.

Even though she still has her worries when it comes to travelling, Rebecca thinks other brain injury survivors should give it a try.

Give it a go once. Even if it's just for a few days if you're worried about being in a different country.