For many brain injury survivors a significant milestone in their recovery is being able to return to the job they did prior to their injury. However, for some people a return to work isn’t possible due to the effects of their injury and, for others, a brain injury may even open up new and exciting possibilities.

24-year-old Lucy Rogoff found that her brain injury inspired her to put a hectic London commute behind her and embark on a magical journey of yoga instructing.

Prior to her injury Lucy, from Essex, had a fast-paced role as a Junior Producer for Wave Studios – a sound design production company. This was a job Lucy loved but found that the busy nature of the role meant her work/life balance suffered.

“Work required a lot of time, so hobbies and activities took a back seat,” explained Lucy.
“London was 100mph. Commuting was a mission. Headphones in, head down pretending to be asleep was how I played it most mornings and evenings.”

It was during a much-deserved break to South Africa with her father in 2017 that Lucy sustained her brain injury.

Speaking about the accident, Lucy said: “We were on the way back from shark cage diving when it happened. My dad was driving and lost control, rolling the car multiple times.”

Terrifyingly, Lucy was thrown from the sunroof of the car, landing several feet away and sustaining two bleeds on the brain, two fractures to the spine, a dislocated hip and a broken arm.

Remarkably, despite also suffering a broken back, Lucy’s dad managed to escape the car.

“He sheltered me from the heat, and we awaited an ambulance,” said Lucy. “It’s madness what adrenaline can do to the broken human body!” 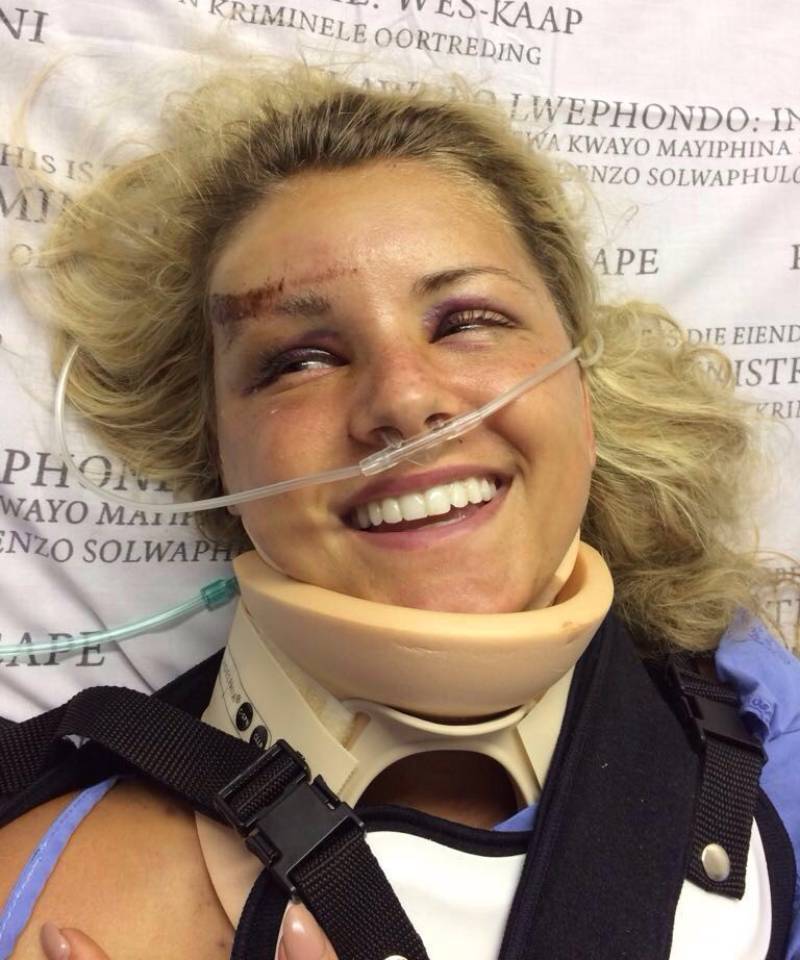 Lucy was rushed to hospital and describes regaining consciousness in a state of confusion – “My last memory was of my dad and I drinking a coffee to warm up after being in the cold seas awaiting sharks. I can’t even remember getting into the car before it all happened. They say the human brain has the capability of erasing extremely traumatic events from our memory. One minute I was sipping a hazelnut latte, the next I woke up in a South African hospital. Confusing OR WHAT?!

“Hospital was such a blur. I remember being fed pancakes by a boy who stood by my bed. That boy turned out to be my brother. 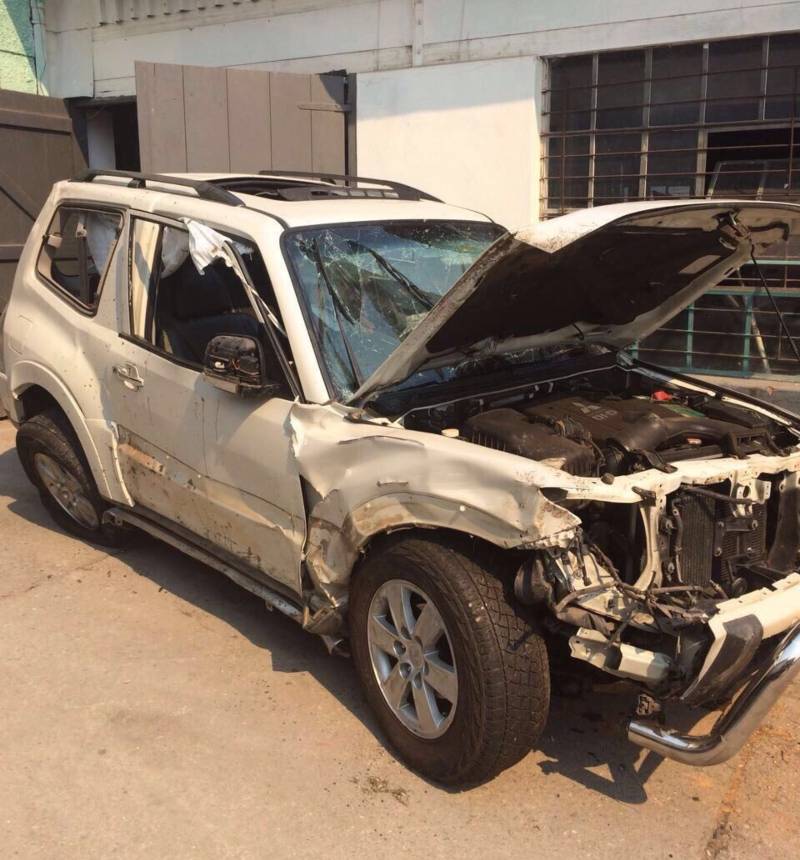 “My vision and memory weren’t great. Everything was so confusing at this point.

Swallowing food proved hard too. The taste of food was bland... if anything tasteless. I’m a huge chocolate fan so I was so disappointed when Lindt dark and sea salt didn’t taste as magical as it used to.

“The scariest part was my eyesight. I was seeing double and everything was blurry.”

When she became more mobile, Lucy returned to the UK to continue her rehabilitation.

Describing how her workplace was very supportive, Lucy said: “Wave Studios were an absolute God send throughout my recovery. They supported me through it all. I didn’t class them as work colleagues… They were more than that.... They were family.”

Lucy was determined to get back to normality and, to her, that meant returning to the job she loved.

Starting initially on a phased return, Lucy began working one day a week… then two… finally working up to three days a week.

However, navigating her way through the busy London Underground presented new challenges.

I was on a mission to prove to myself and others that I was capable of everything I used to do.

“I recall challenges such as struggling with steps and figuring out the escalators in the underground. It was too much to take in.”

Lucy was also struggling with insomnia and describes how this was making her feel detached from work.

“I can vividly remember a morning I turned up to work after not being able to sleep at all the night before. I felt like I was losing the plot. I was convinced I was going crazy.”

After persevering with the adjustment period for a while, Lucy started to accept that the effects of her brain injury meant she wasn’t suited to work in the big city anymore.
Talking about this realisation, Lucy said: “I was gutted, scared and upset about what to do next. What was going to help me rebuild my brain? Work had got me so far but now I was seeking the next step forward in my healing journey. This is what led me down the magical path of yoga…”

“At this point of my recovery I was still unstable, mentally and physically. In the nicest way possible, I was pissed off with life and wanted to give up. The first class came with tears and a lot of swear words. Watching flexible/stable/balanced people stand on one leg and hold it for a period of time brought on more anger and sadness. Frustrated and angry I told myself I wasn’t going to do another class.

“However, I was spurred on by my mum who told me that ‘I wasn’t a quitter’ and that ‘I was going to next week’s class whether I like it or not’. I therefore went back. Once again... I didn’t like it.”

Despite her initial reluctance, Lucy stuck with the classes and, as the weeks passed, found herself improving dramatically.

My balance was much better, my fitness improved and mentally I felt more human. I really started to enjoy yoga and began getting excited for the next lesson.

Following a year of lessons, Lucy decided to take a leap of faith and enrol herself on a yoga instructor course in Bali.

“I was so passionate and excited about it and ready for the experience of a lifetime.” 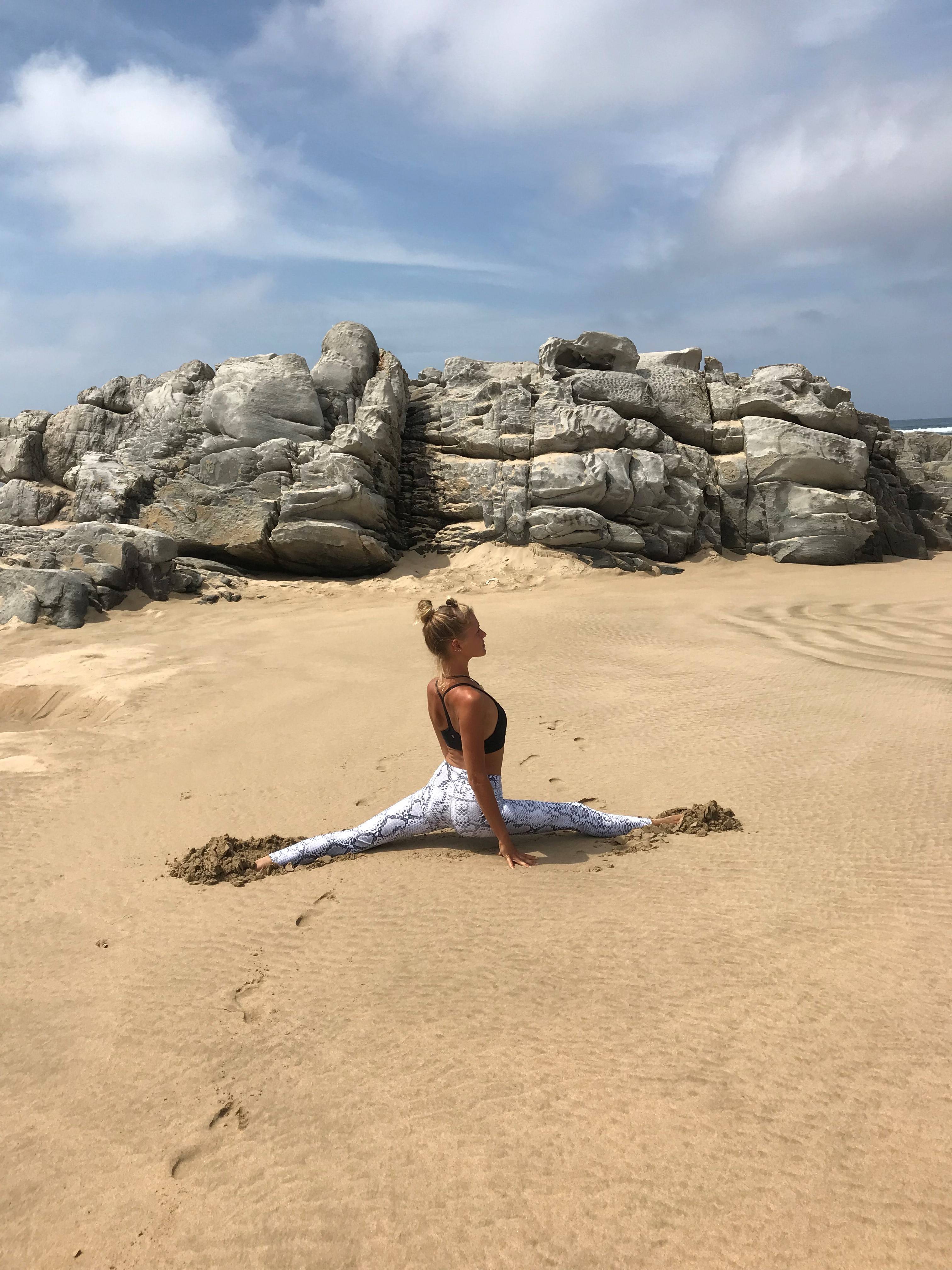 Lucy threw herself into training which she describes as being “hard, intense and emotionally draining”, but after a month of hard work she successfully gained her yoga instructor qualification.

Her qualification opened up - quite literally - a world of opportunities, taking her to Sri Lanka and South Africa to teach yoga classes. 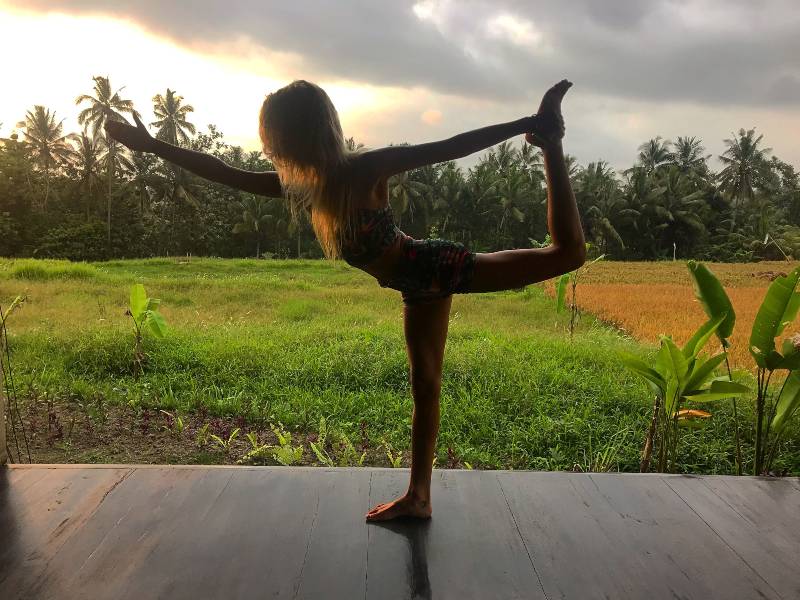 Lucy is now back in the UK and, in a twist of fate, has a job teaching yoga classes at the gym where she almost gave up yoga for good.

Speaking about her new position, Lucy said: “Standing at the front of the studio directing a class which I used to attend is surreal, yet incredibly rewarding. From the exterior most people do not see my disability. A brain injury is invisible, and this can be frustrating as people consider me ‘normal’. It may look like teaching is a breeze, but it requires a lot more brain power than maybe it would have done before my injury.”

Despite still struggling with some of the effects of her injury, Lucy is determined to not let anything hold her back.

Recovering from any head injury requires patience. Once you master that then the world is your oyster.

Yoga was my medicine. It was my focus. My determination to succeed.

“I’m still on a healing journey but I’m so confident I will get there. I’ve come so far! I’m excited to develop and improve even more. Bring it on!”

Returning to work after brain injury