Donnie McHarg loves attending the weekly art group at Headway Glasgow, where he's been a service user for the past 15 years.

It was here that Donnie became inspired to create 'Doolally Island - sanctuary, brain relaxation and retreat for people with brain injury.'

The 64-year-old wanted to create a paradise retreat for him and his wife Roberta. But the island also portrays the journey brain injury survivors face as they come to terms with lasting effects of brain injury.

"I named it after Deolali training camp in India, where the phrase 'doolally' comes from," said Donnie. "It's said the soldiers who passed through there would never be the same again. It made me think of how you're never the same after a brain injury. 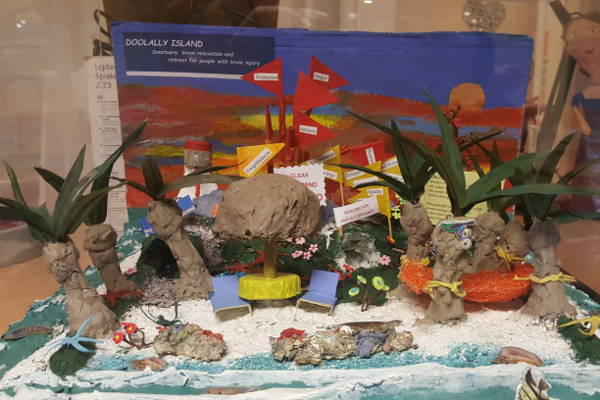 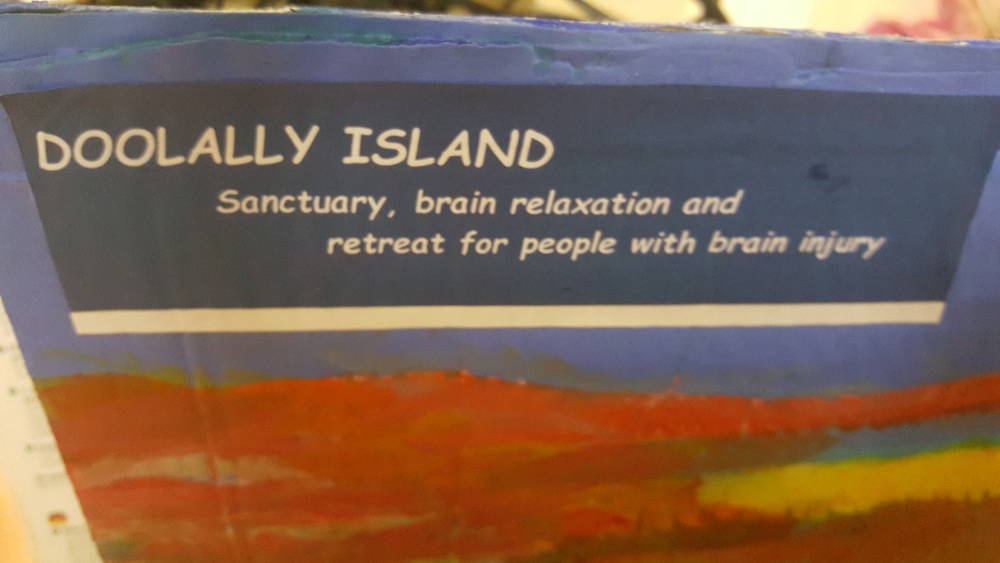 The layout of the island represents the initial fear and confusion brain injury survivors face, the anguish as they come to terms with the effects of their brain injury, and the eventual understanding that allows them to find acceptance.

"When you arrive on the island you go through the dark tunnel," said Donnie. "You're full of fear and you don't understand what's happening. The dark tunnel represents the lack of understanding survivors have immediately after brain injury.

"The tunnel then passes underneath a volcano, a metaphor for the frustration survivors feel at the effects of their brain injury.

"I used red flames exploding from the volcano to represent the frustration, anger, depression and anxiety you feel. I also used smaller yellow flames to represent other effects that cause me frustration such as forgetfulness, aggressiveness and the inability to tolerate loud noises."

"Only once you've been through that can you come out of the tunnel and go into the light where you find acceptance and understanding.

"You understand what's happened to you and you can move past the anger and bad thoughts. You've changed but you're still alive."

Donnie wanted to create an island not only for brain injury survivors, but also their carers. The beach at the end of the tunnel allows them to relax and unwind.

"If I have a hard time for an hour, my wife has a rough 24 hours because she's caring for me and worrying about me. Caring for someone with a brain injury is hard on your partner, that's why I wanted to create the island."

Before his brain injury, Donnie worked as a station assistant at Govan Police Station in Glasgow. He was happily married and enjoyed spending time with friends and watching football on the weekends.

Everything changed in 2002 when he came down with an agonising headache.

"I came back from the bathroom and I was in agony. The pain was unbelievable. It just came out of no-where."

Donnie's wife Roberta rushed him to A&E at the Western Infirmary as the pain got worse and he began to feel sick. Donnie was given a CT scan, which he can't remember, before being blue-lighted to Southern General Hospital, now known as Queen Elizabeth University Hospital.

"I remember going in the ambulance through Clyde Tunnel," said Donnie. 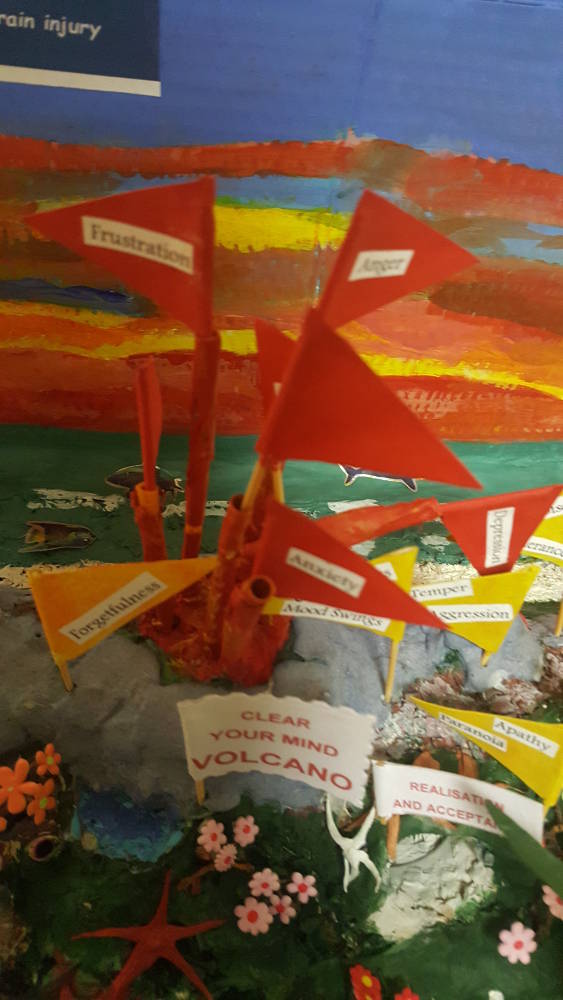 "I looked up and the tunnel lights were flashing past overhead. That's the last thing I remember."

Donnie had sustained a subarachnoid haemorrhage, which needed clipping to stop the bleeding. Surgeons had to wait two days before they could operate because there was too much blood on Donnie's brain.

Two weeks later, Donnie was sent home. He still couldn't speak. Neither Donnie or his wife Roberta knew what was going on.

Donnie was suffering from aphasia, a language impairment that left him unable to communicate with others. He couldn't get across what he wanted to say, and he couldn't understand what other people were saying to him either.

"No-one had explained what was happening or mentioned aphasia," said Roberta. "When I got him home I realised I shouldn't have taken him out of hospital and we had to search for services ourselves. It was like I'd brought home a baby."

Every morning Roberta would help Donnie practice the alphabet. She stuck stickers around the house to help him relearn words. She worked with her niece to find him speech rehabilitation, which is when they first found out about aphasia.

"I was like a wee boy. My wife had to look after me. Somebody has to be there to educate the person with the brain injury."

Over the past 15 years, Donnie's condition has improved. But he still suffers from headaches and fatigue.

He was also diagnosed with hyperacusis, a debilitating hearing disorder which means he has an increased sensitivity to certain sounds. Donnie's  inability to tolerate noise can leave him feeling agitated.

But he says he wouldn't have made such a good recovery if it wasn't for the support of Headway Glasgow, which he first joined nine months after his injury. At the time this was only a small group of ten people, and Donnie and Roberta were some of the first to attend.

"I've always enjoyed going to Headway Glasgow," said Donnie. "At first I was quite nervous. I couldn't really understand what people were saying in conversations.

"But it's made a big difference to my recovery. We meet other people and listen to their stories. I feel more comfortable sitting with people who understand brain injury rather than being around people who haven't, because it you feel like an oddity."

"It's like family," said Roberta." They understand and they can help you. People will tell you their story and tell you what facilities they've used. We have some friends we see every second Saturday, we've known them for 13 years and we still support each other.

"Headway's a great organisation. We don't know where we'd be without it." 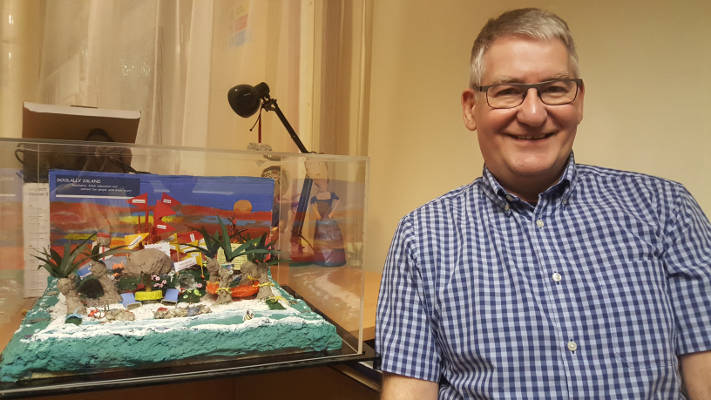