Tackling the demanding Three Peaks Challenge might seem like an almost impossible task for someone who has never climbed a mountain before, but for Nick Henderson, the trauma of losing his mum inspired him to lace up his boots and set off on an epic fundraising adventure, taking in the beauty of nature while raising over £2,000 to help support those affected by brain injury.

Nick explained: “My mum died in December 2020 after sustaining serious head injuries in a road accident. She spent almost two weeks in intensive care. We were told that if she survived, she would probably need 24/7 care.

“It’s something we thought about a lot as a family during that time. How would we cope? What support might be available? I realised how much we might depend on a charity like Headway.

"I wanted to set myself a big challenge that would also give me the opportunity to experience something beautiful, to connect with nature and channel my grief into something positive. 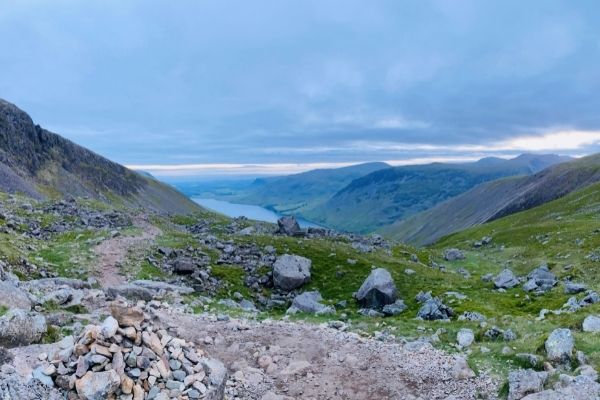 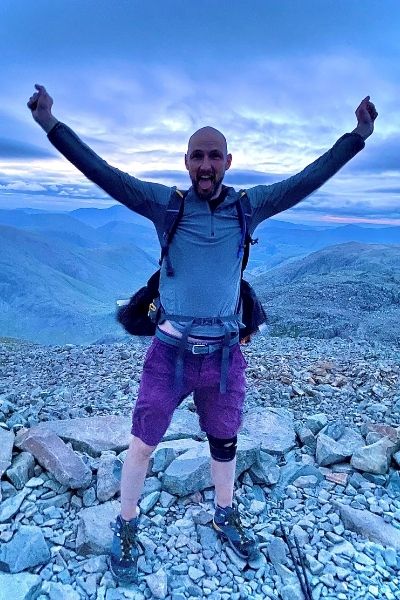 Nick celebrates at the top of Scafell Pike

I could feel my mum urging me on and I wanted to do something that would have made her feel proud. I called it ‘Three Mountains For Ma’.

Nick successfully scaled Ben Nevis, Scafell Pike and Snowdon in a guided group walk, facing weather that changed from warm sunshine to cold wind and deep snow, but he described it as an ‘incredible experience’.

“The experience gave me a new perspective on what’s important in life, the power of people working together, the amazing things we’re all capable of as humans and the respect we always need to have for nature.

“I’d urge other fundraisers to be proud and honest about their story. That’s how you connect with people. Secondly, think of every possible network you could tap into and don’t be afraid to ask for donations.

Third, keep sharing updates and pictures to remind people. You’ve got to maintain that momentum - and promise everyone that you will stop talking about it... eventually!