Eleanor always knew she wanted to pursue a career in acting. From a young age she started writing plays with her cousins to perform to their parents, charging 50p a ticket for a saga called ‘The Mean Queen’, in which she played the lead character!

But in 2015 at the age of 18, Eleanor was hit by a push bike that was speeding downhill, causing a bleed on her brain which led to a stroke. Her parents were told to get to the hospital as soon as possible and to expect the worst.

After two weeks in an induced coma and two months in hospital, Eleanor began her road to recovery. More than six years later, she has made excellent progress but still experiences some ongoing effects as a result of the brain injury.

She explained: “The stroke caused right-sided weakness. I’m right handed, so my writing is a lot slower than before, although it’s gradually improving.

“I also have nerve damage so my leg shakes uncontrollably when in certain positions, including when I’m nervous or tired. I also experience fatigue, although it’s nowhere near as bad as it used to be.”

When she sustained her brain injury, Eleanor had just begun studying Acting at University in Falmouth. In the years that followed, she was able to take up her training again, which inspired and enabled her to write a play about her experiences.

“In the final year of my training I had a module called ‘Show in a Bag’, where the idea was to create a solo show that you could take and perform anywhere,” said Eleanor.

“I was challenged to make a comedic performance by a fantastic tutor of mine, Dr Misri Dey. I had always been intrigued by the rhythm and effect of spoken word and I knew I wanted to write something, so I tried writing funny spoken word about my brain injury.

“To my surprise, when I tried it out on an audience people actually laughed. It helped me to come to terms with what had happened to me – something I hadn’t done up to that point.

Another reason I wanted to talk about it was to reduce the stigma surrounding brain injuries and strokes, and the myth that they only happen to older people. 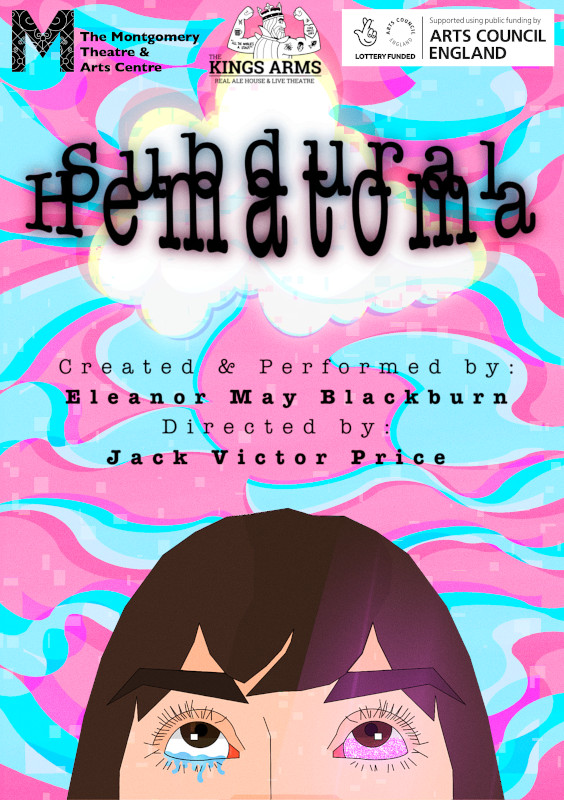 “My play is called ‘Subdural Hematoma’ and it goes through a series of diary entries written by my mum in the early days after my brain injury, spoken out loud by her with my responses to them.

“I don’t want to give too much away, but it involves a mask, physical theatre, spoken word, verbatim, dancing, a bit of singing, and bodily fluids!”.

Eleanor performed the play to rave reviews at the Manchester Fringe in 2021, with North West UK describing it as “a brave piece tacked with gusto’, while She-Wolf commented that “Blackburn’s storytelling is assured and well-realised, and her performance throughout is compelling”.

Buoyed by the positive response, she will be back performing at venues in Sheffield and Salford in 2022. 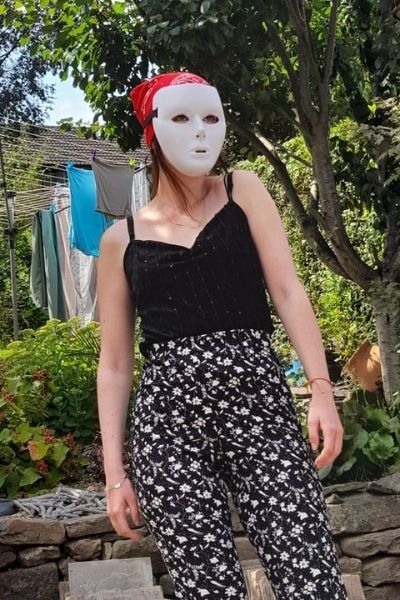 Talking about her aims for the play, Eleanor said: “I hope it proves that there can be life after brain injury, that it may change you as a person but that doesn’t have to be a bad thing. Also that the people around the survivor have it just as tough if not tougher, and they also have a story to tell.

“I want to spread some positivity in a world that definitely needs some, and I cannot think of a better way than turning a negative event into a positive one.

“I hope it makes people laugh and maybe cry a little but that’s OK, it’s very good to feel things.”

Finally, we asked Eleanor what thoughts and message she would give to others who are affected by brain injury.

She said: “It doesn't have to be the end. Something good might even come of it. That being said, you have every right to be upset and confused and downright angry.

Someone once told me: 'treat learning to use your body again as a gift', and I was like 'ha, yeah right thanks for that, life's not fair blah blah'. I think it's only now with a bit of distance from my accident that I am starting to learn it is a little, in a way.