Running the London Marathon for a charity is extremely difficult. Anyone who has done so will tell you that the challenge begins many months before the race itself, from the weekly training plan to reaching the fundraising target.

That’s why, each year, we are incredibly grateful to the runners who complete the London Marathon to raise money for Headway – the brain injury association and our groups and branches across the country.

This year is no different and on Sunday 28th April, 46 runners will be tackling the iconic 26 mile Virgin Money London Marathon to raise money for Headway.

Here are some of their stories:

Chris, 38, from Milton Keynes, is running the London Marathon in memory of his late father who passed away following a brain tumour.

In 1980, Chris' dad, Geoff, had surgery to remove a life-threatening brain tumour. Little did Chris and the rest of his family know, the impact of that surgery would be lifelong.

Following the operation, Geoff was left with lasting and complex effects of the brain injury, which included chronic fatigue, memory problems and bouts of confusion.

Chris’ family were put in touch with their local Headway group in Luton and Geoff immediately started to see the benefits. 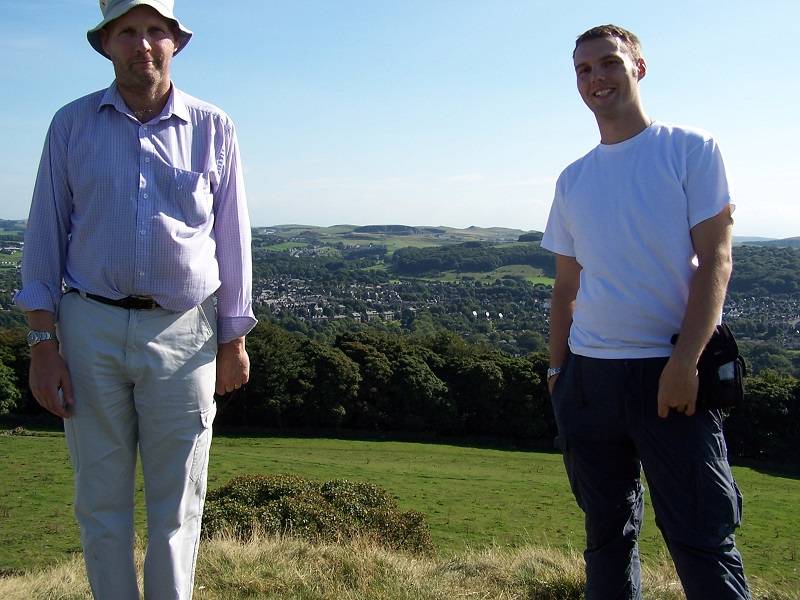 Chris and his dad, Geoff

Chris said: “It was a new lease of life for my dad following his injury. Their activities would keep him socially and cognitively engaged, as he had to retire early.”

However, almost three decades after his operation, the tumour on Geoff's brain returned and this time it was inoperable.

From then on, it was simply an unbearable waiting game for Geoff and his loved ones.

Chris is running the London Marathon to raise money for the charity that provided such incredible support for his father during times of tragedy.

He said: "It's an absolute honour to run the London Marathon for Headway. The organisation helped my family when we needed it most and now I want to give back so it can continue supporting people like my dad who've sustained a brain injury."

Father and daughter duo, David, 44, and Jemma, 24, are taking on the challenge of the London Marathon in honour of their beloved father and grandfather, Anthony.

In 1982, when Anthony was just 25, he was hit by a lorry and left partially paralysed, wheelchair bound and suffering from the complex and hidden effects of his brain injury.

As a result, Anthony spent five months in a coma and a further five years in hospital recovering.

David, who was just seven years old at the time of the accident, will be running the London Marathon with his daughter Jemma to raise money for Headway - the brain injury association, as way of thanks for the ongoing support.

Jemma said: "I know that Grampy Tony and the rest of my family are so grateful for Headway’s help and that is why it's such a privilege to run alongside my dad in honour of my Grampy and in support of such a wonderful charity." 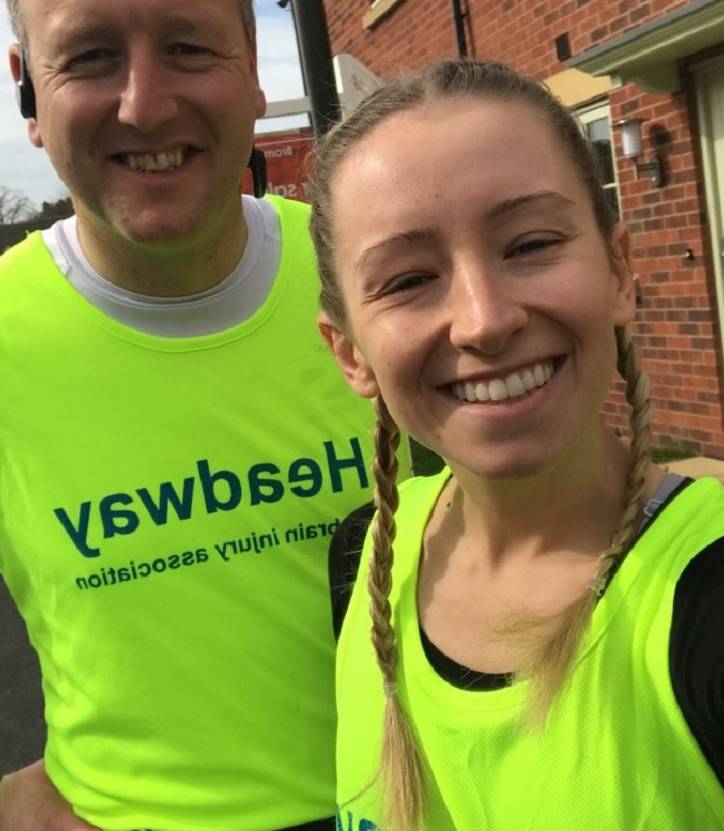 A professional cycling duo are swapping their bikes for running shoes as they tackle the London Marathon to raise money for Headway. 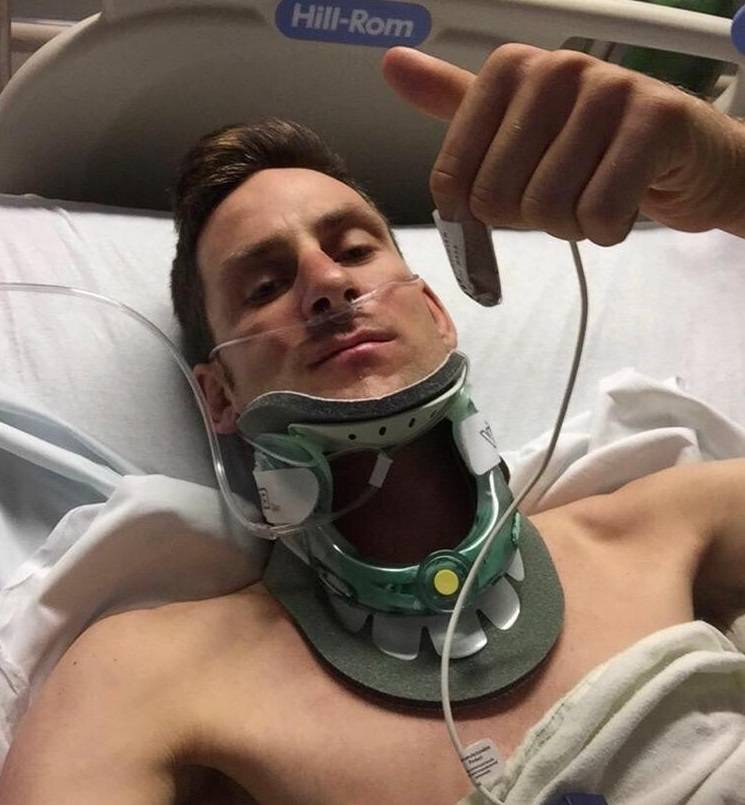 The pair has spent more than two decades as professional athletes and chose to run for Headway after learning firsthand about the dangers of concussion.

In 2015, during stage six of the Tour of Utah, Matt crashed head-on into a car.

Matt suffered severe injuries including a broken pelvis, broken ribs and a punctured lung, but he says his head was never really mentioned.

He said: "I had brain scans looking for bleeding but the word concussion was never mentioned to me. I never even thought about it. Even a few months later when I came across the massive damage to my helmet I still didn't really think about it.”

It was only when Matt's wife Nikki, also a professional cyclist, had an accident at the European Cyclo Cross Champs in 2016 that he became aware of the symptoms of concussion and realised how dangerous concussion can be.

Nikki said: “After my accident in 2016 we were made aware of how dangerous a concussion can be if not treated seriously.

“I saw firsthand some of the long-term effects it can leave and we realised how badly Matt’s concussion was mistreated a year previous.

“From then onwards Matt and I have both been trying as hard as possible to raise awareness of the impact a concussion can have both within sport and everyday life.

“We were made aware of the great work Headway were doing and the positive impact it was making on creating an awareness towards concussions inside and outside of sport. It was only natural that we both chose to run in support of headway.” 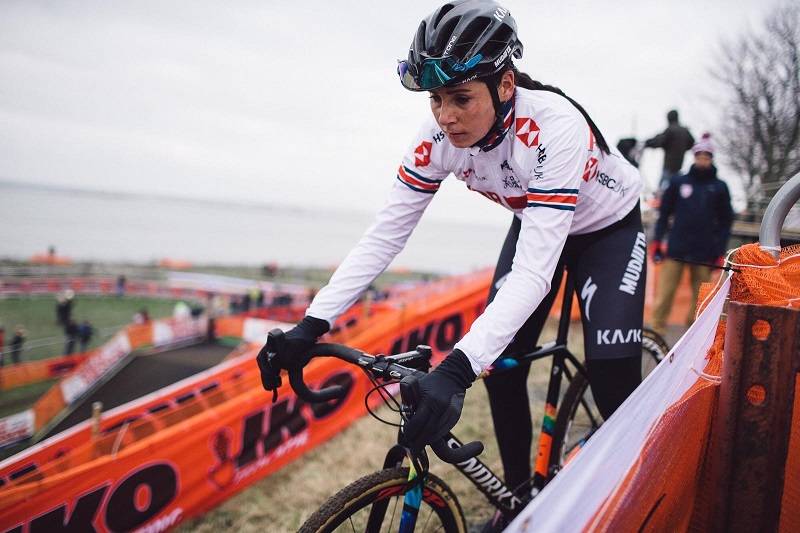 If you have been inspired by our Headway Heroes and fancy taking on the 2020 London Marathon.