But with her shot at glory in sight, a devastating head injury caused her to park her aspirations and retire at just 24 years old.

Eleanor’s journey to becoming a skeleton champion began as a student in the city of Bath, the home of British Skeleton. The sport, which Eleanor encountered purely by chance, sees athletes racing down winter slopes on bobsleighs at speeds of up to 140km/h.

Eleanor was encouraged by a friend to take part in a talent search for athletes who have the potential to compete in Olympic competitions. Despite attracting over 1,000 applicants, Eleanor’s natural flair for the sport eventually led to her being selected for the GB Skeleton Team. She continued to study alongside her training, while also working a part-time job at a bar. 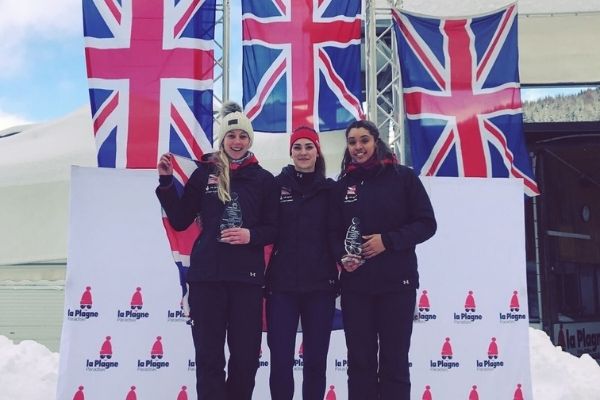 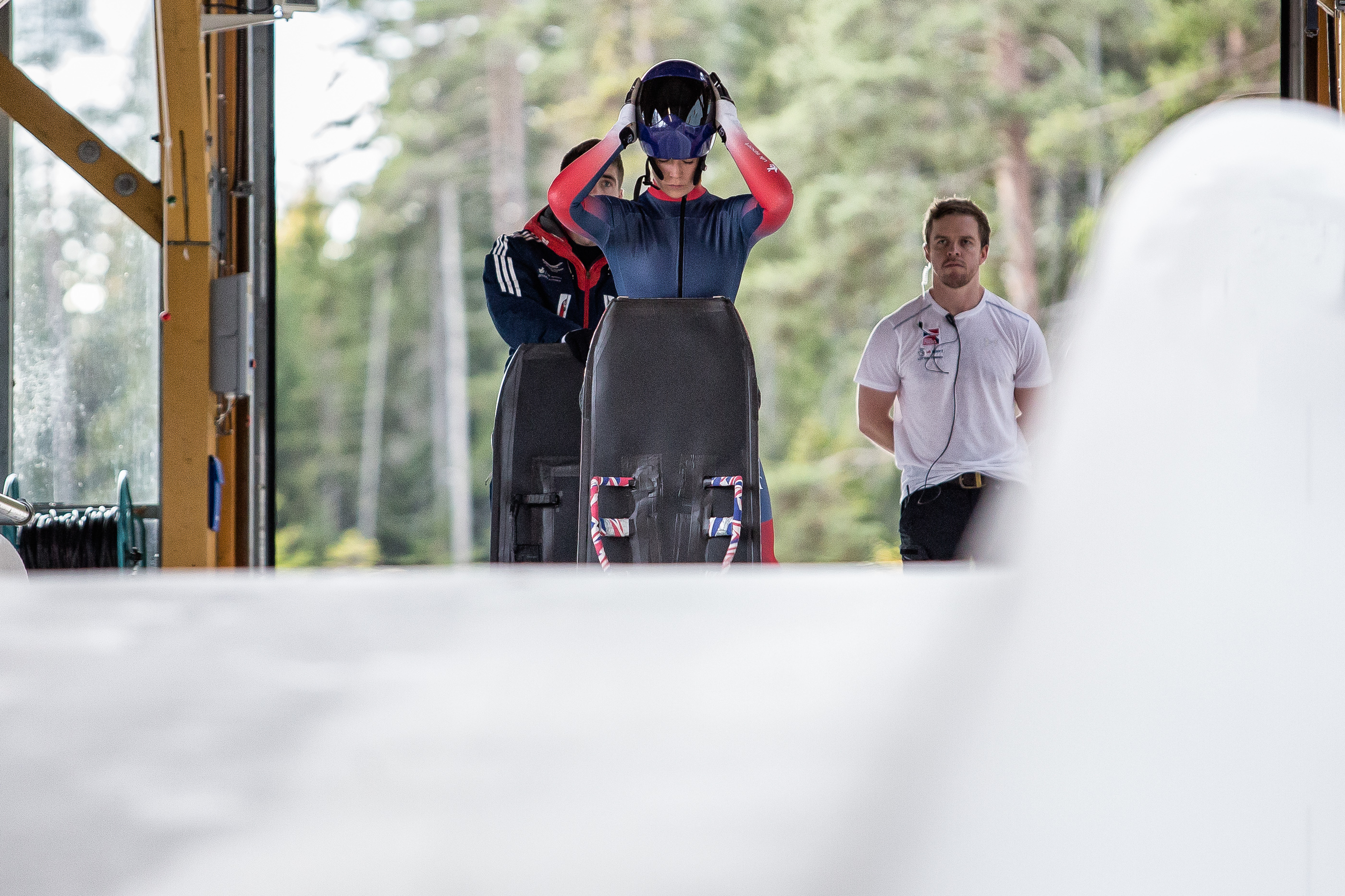 “It was busy, but I felt incredibly lucky to be in that position, to be able to travel the world and see these beautiful places, to be training and competing. Until then I had never even been skiing!”

Then in January 2018, everything changed. While training for a race in Germany, a minor accident was followed by another, more serious crash the next day, which was destined to end Eleanor’s skeleton career and change the course of her life.

“On the second day of training, I hit my head and cracked my helmet,” recalls Eleanor. “The assessment wasn’t done until the next morning, and I passed it.

“Then came the day of the competition.

“I was half-way down the track and I skidded out of control while turning a corner. My head got completely smashed. I can’t really remember the rest, everything went black. At the end of the race, I was transported back up the hill, but then I collapsed.”

Eleanor was flown home the next day. Over the next few weeks, she started to experience problems. “I struggled with stringing sentences together. I had short-term memory loss as well. Sometimes I would even forget that I was in the middle of a conversation!

I really struggled in supermarkets. I spent three months building up the confidence to go out to the shops again, but I still found the bright lights too painful and I got confused about what I was doing. It frightened me more than anything. 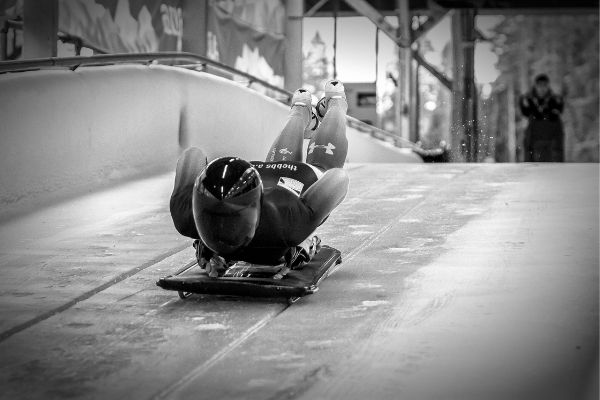 Over the course of the year, Eleanor tried to return to training, but the impact of her injury was causing difficulties. Daily headaches, balance issues, tinnitus and ongoing sensitivity to lights and noises were continuing to disrupt her ability to train. By December, she made a life-changing decision.

“Every time I tried training, it felt like taking one step forwards and ten steps backwards. It got to the point where I felt like I wasn’t making any progress.

“Following a fitness assessment, I decided to just be honest and say that it was time for me to retire.

As an athlete you hope to retire on a career high, and it wasn’t the final run I was hoping for, but I wouldn’t risk hitting my head again.

Eleanor’s courageous and responsible decision came at the cost of a promising career as an elite athlete, but it is not one she has any regrets over.

“Throughout the year I didn’t want to believe that I had to make that decision. I didn’t want to let my family and friends down, but when I announced that I was retiring, they were so glad. I knew, and they knew, that it wouldn’t be safe for me to continue and it was such a sense of relief when I knew I didn’t have to put myself in that position again.”

The world of sports is seeing an increasing awareness of the impact of head injuries. Recent incidents have prompted consideration over concussion management protocols, but there remains an implicit culture to push on, something Eleanor knows first-hand.

“You’ve got people supporting you, sponsoring you, everyone’s proud of you. But it’s so important to remember that they’ll support you and be proud of you no matter what.

“You know yourself as an athlete better than anyone; you know when you’re feeling top of your game and when you need to rest. It can be tough to hear, but if you push through an injury, it’s going to catch up with you – especially with a head injury.”

A year and a half on, Eleanor now works for a Wealth Management Firm but is keen to use her experiences to raise awareness of the importance taking responsible action following a head injury.

“No matter what level you play, it’s so important to remember that you have the rest of your life ahead of you and you can’t risk something as important as your head.

You think you’re doing the right thing by pushing through, but everyone wants you to stay healthy for the rest of your life.

“You’ve got a life to live after sports.”

Headway’s message to all sports players is simple: be concussion aware and if in doubt, sit it out!