“I feel like I have lost my best friend in many ways. Of course, there are bits of the old Kerry still there but she often seems a bit more distant and deep in thought. But it's OK, we have a new Kerry to make memories with now.”

Kerry and Louise were typical twins, their lives were constantly intertwined and they shared everything.

But this special relationship was put to the ultimate test when Kerry suffered a subarachnoid haemorrhage (SAH) while at work and was given a one per cent chance of survival that night.

“It’s a telephone call I will never forget. I have such a vivid memory of it,” recalled Louise Lane.

“Her partner called and the first thing he said was ‘Don't panic, but Kerry is in a coma’.

Her sister was transferred to Queens Hospital in Romford, which specialises in brain injuries, and she went under surgery to coil the aneurysm.

But following the surgery, things took another turn for the worse and she suffered a stroke which left her in a coma for 13 days.

Louise said the shock of hearing her twin was fighting for her life was incredibly hard to come to terms with.

She said: “Being twins we were very close and talked every day. Our lives were inter-linked in so many ways; we lived close together, shared the same friends and worked for the same company, we have always done everything together.

“This is why when I got that call to tell me that she was in coma, it hit me so hard. It felt like the world had dropped from beneath me.

“I found it very hard to accept what had happened at first. I couldn’t face seeing her laying there with machines keeping her alive, so I said I would look after her two children and make sure they were OK.

"I felt I had to protect them from what might potentially happen and I knew she would have wanted them to be with me, as I had looked after them from babies.

“After two days, I finally saw her in hospital and my stomach turned, I went to pieces. She had just come out of surgery and looked so frail. She reminded me of our Nan laying there, she had passed away three years previously.” 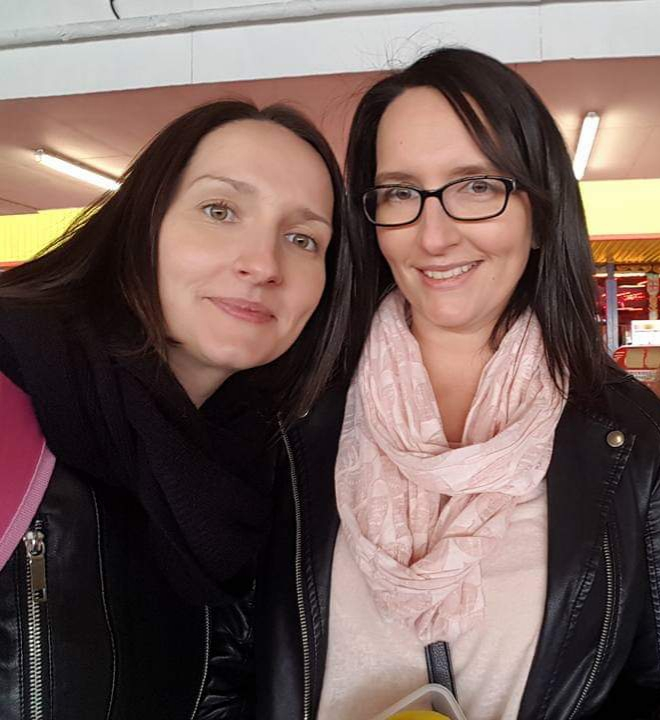 Louise said the family were told to prepare themselves that when Kerry came out of the coma she might have limited mobility due to the stroke or be blind due to the blood affecting her optic nerves.

As the doctors were reducing the sedation and we were trying communicate with her and showing her pictures, it was one of her favourite musicians that finally got a reaction.

“It wasn't us who she responded to when she was coming around it, it was Peter Andre and his song Mysterious Girl!

"Kerry loves him and as we started to play the music, she started to make a few movements. It was such a great moment".

“We have met him quite a few times over the years and very recently retold him what had happened to Kerry. He was inspired by the story and told Kerry she was a true survivor and must be a very determined person.”

After three months in hospital receiving rehabilitation, which included learning to walk and talk again, Kerry was finally allowed home to be with her two daughters and partner.

Life for Kerry is still very hard as she comes to terms with the issues that her brain injury has left her with, which include limited eyesight, short term memory loss, and chronic fatigue, diabetes insipidus, right sided weakness and optic nerve damage which means she is now registered blind.

She has also recently had a number of operations including a stent being fitted to reinforce her coils.

Louise said coming with terms with how different their relationship is after Kerry’s injury has been hard. 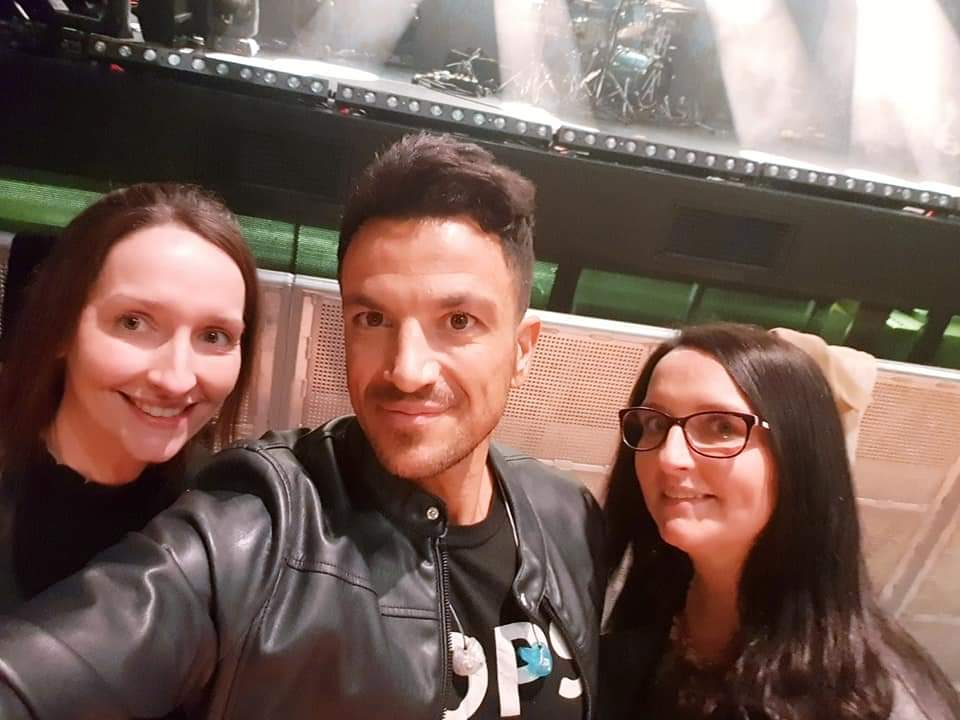 She said: “I feel so guilty that I’m able to carry on with my life like before but Kerry can’t come and go as she pleases.

“That has been heartbreaking to come to terms with, to see her life options become limited, the freedom of being able to work, to drive or simply pop to the shops. It's all been taken away.

“Of course we are still very close - it’s just that things are different. We have to plan a lot more, and life is a lot more complicated, but I’m just thankful Kerry is still with us, we say our Nan was looking down on her.

“She has been really brave throughout this, as have her little girls, who are caring so well for their mum. Her partner Andrew has also been an amazing support to all three of them and I will be eternally grateful to him for being there for them.

“The family are now focused on creating nice memories with each other – that for me is the most important thing, being together and doing nice things. In many ways it has brought our family closer together."

Louise said she was very thankful for all the help she received from Headway.

She said: “From the moment we were made aware of Headway, it has helped everyone in the family to understand what has happened and to cope.

“The information leaflets and the stories on the website have been especially helpful because it makes you realise that others are going through similar things and have managed to rebuild their lives, no matter how long it takes.

“I also got a lot of comfort from reading about Anna Khan and her sister Lauren, the way it affected them really struck a chord with Kerry and myself.”

To help raise awareness and support Headway, Louise stepped, or rather ran, out of her comfort zone, and took part in Vitality Big Half Marathon.

“Our dad found it funny when I told him I was going to do it. He said the only thing that I had run in my life was a bath," recalled Louise.

“I was determined to do it though. I remember that while I was training and things got hard, I would think about Kerry lying in that hospital bed and remember how I felt. It would keep me pushing forwards. I was doing this for Kerry.

“The training was good for my confidence and state of mind, since this has happened to Kerry I have suffered with anxiety and was always thinking is this going to happen to me. As the days passed I would think that's another day I got through. "

“Doing the run was really emotional, especially when I saw Kerry and my family at different points during the event.

“Seeing them cheering me on was a very overwhelming moment for me, truly special."

"I am extremely grateful to Headway for all the help and support they have given my family over the last two years and continue to help Kerry at her local group in Basildon." 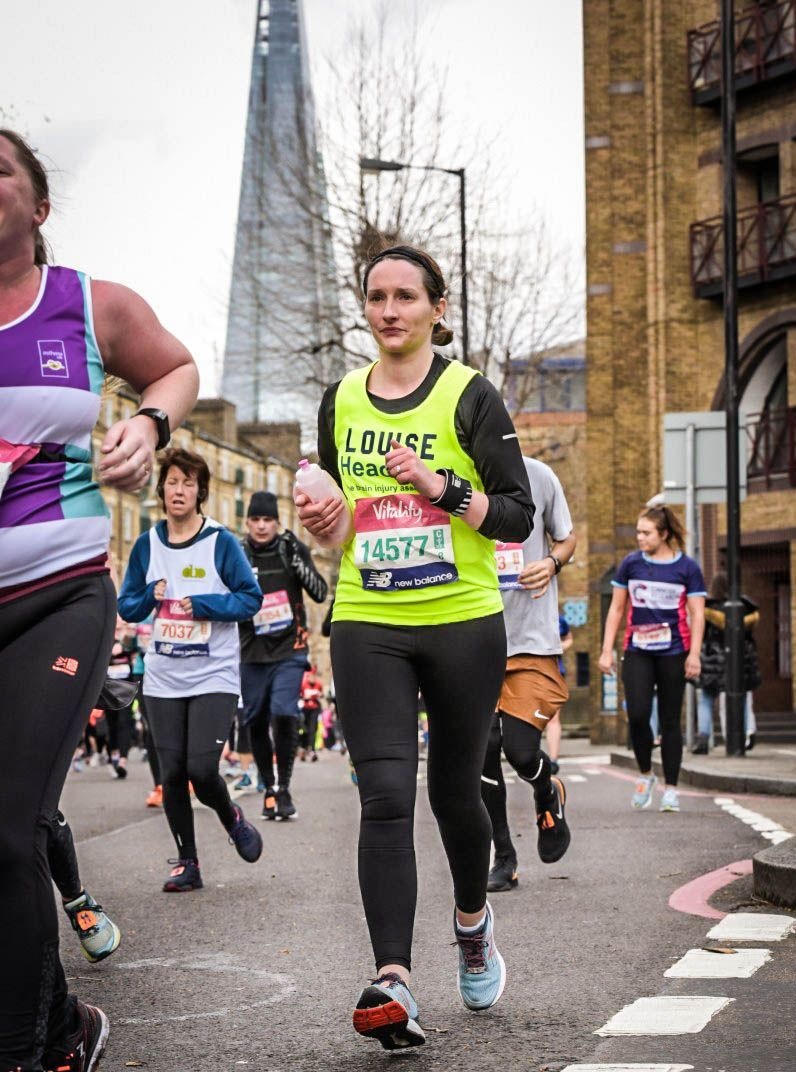