John Beaumont was just one year away from completing his university studies in ecology when he sustained a traumatic brain injury which nearly killed him.

He didn’t think he’d ever be able to walk again, let alone return to finish his degree. Thankfully, with a lot of support and guidance and despite many ups and downs, John graduated after a total of seven years.

But completing the course while simultaneously trying to manage the effects of his brain injury presented many challenges along the way.

John, 42, said: “It was less than a year after my accident that I decided I wanted to go back and finish my degree. To start with, I had written off the idea but my case manager told me she had seen others return to study and I wanted to give it a go.

But in order to go back, I had to learn how to read again and so came the challenge. I felt as though I was a child again, having to relearn such basic life skills.

John’s journey began in 2016 when he was involved in a high-speed vehicle collision while riding his motorbike.

He sustained a right frontal lobe brain haemorrhage, requiring immediate surgery. As well as the brain injury, he was left with numerous fractures in his neck, arms and legs.

“Unlike in the movies, I didn’t fly over the car but instead pushed it six foot sideways with my body,” he said.

“The most traumatic thing was that I thought my daughter was riding with me. When I woke up, no one mentioned my kids and I feared that she was with me and must’ve died in the accident.

“I thought that the people around me were too scared to tell me and I was too afraid to ask.”

Fortunately, John’s daughter wasn’t with him at the time and she came to visit the hospital a few days later.

After just three months in hospital, he was released home.

“I struggled with my memory after the accident and I had to work hard to introduce new strategies that would help,” said John. “I couldn’t hold my attention long enough to read and understand a written sentence or hold a conversation for more than 30 minutes without extreme fatigue. 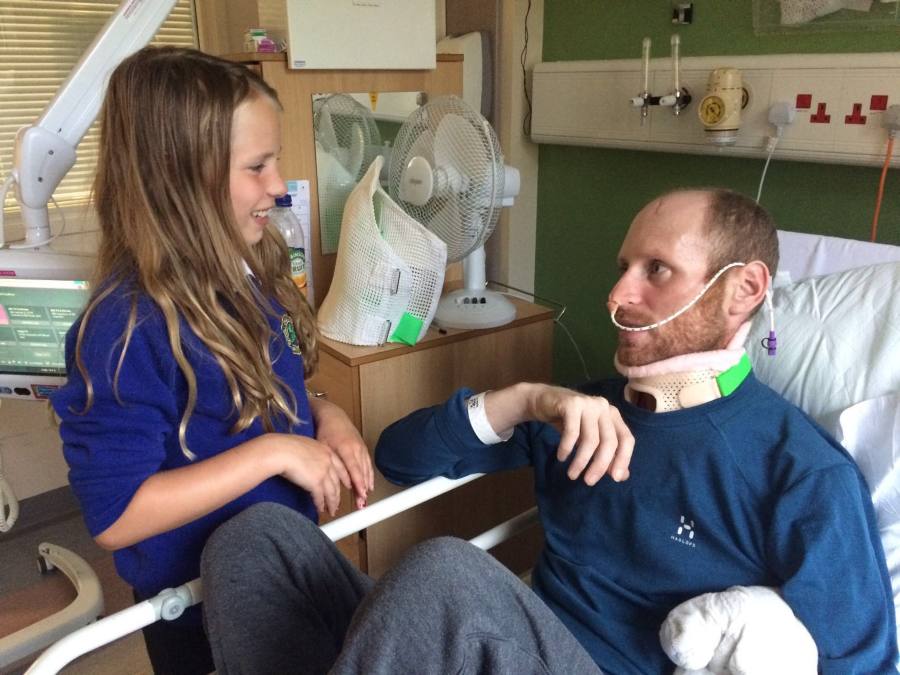 John's daughter visiting him in hospital

“I lost the connection to who I was, and other deep psychological and philosophical questions went unanswered. I lost touch with reality and I was so confused about absolutely everything!”

The effects of his injury undoubtedly created challenges as John returned to his studies.

He said: “Learning to read again was tough, but my occupational therapist helped a lot by encouraging me to set realistic goals.

“I started by reading The Great Wood by Jim Crumley. In November that same year I actually got to meet the author and have him sign his new book!

He was humbled when I told him how influential The Great Wood was and amused when I said that it probably took me longer to read than it took him to write it!

Over time, and with lots of work, John’s reading abilities improved and he embarked on his final year of university.

He said: “I needed so many aids to help with my studying, including daily diary plans split into units of time, weekly wall planners which were reviewed daily, text-to-speak and speak-to-text computer software, ergonomic aids for computer working and phone reminders.

“All of these worked to an extent for a while but had to be tweaked at least every two weeks as my memory would start to slip.

“I needed extension after extension, but all the tutors were extremely supportive and understanding.”

John had every intention of completing his studies throughout the academic year, but the effects of his brain injury made this impossible.

He said: “I went back to complete the last academic year part-time but had to have a gap year in between because of the pressure and my ever-changing brain needed a break. 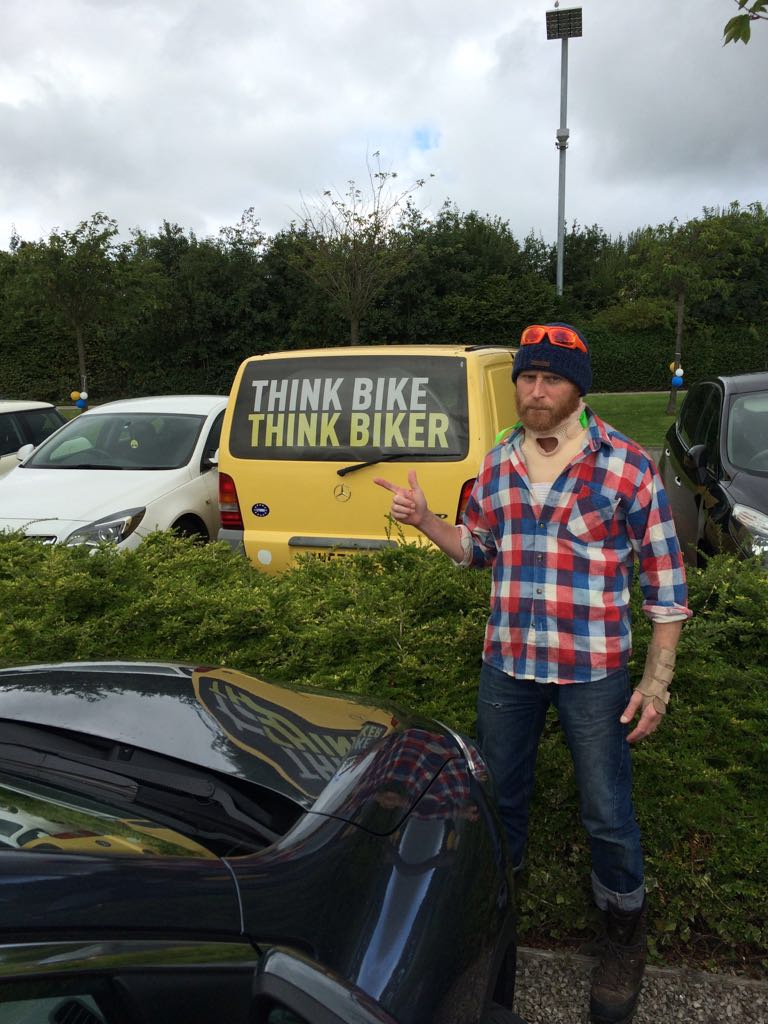 In effect it took an extra three years after my injury and a total of seven years to complete the degree.

Throughout all this, Headway has been there to support John through its frontline services.

He said: “The plethora of factsheets on the website helped me and my nearest and dearest to understand the brain injury a little more. I think I’ve read almost every piece of information on the website and sent things to my family and friends at key points throughout my recovery.

“The helpline was also there for me when I didn’t know where to turn or when new problems cropped up and I needed guidance.

“I use the Headway Brain Injury Identity Card a lot – it’s the best thing! It helps me to explain my lack of understanding in situations when I’m in public.”

He said: “Knowing that I wasn’t alone and that others shared my many new challenges helped in incalculable ways.”

In the future John hopes to set up his own workshop for wood carving and is looking forward to his graduation.

He said: “I’ve had to accept that the ‘old me’ is gone, but I did manage to complete the degree and I’m now a Woodland Ecologist.

“My main focus now will be on following my creative side and setting up my own workshop as I have a real passion for greenwood carving and turning.

But right now, I am happy just to be able to graduate.