Bernie Bambury had scarcely adjusted to life after his mother, Renate (pictured above), sustained a character-changing brain injury when he tragically lost his leg during a toboggan race in Switzerland.

Thrown unexpectedly into a world of new life obstacles, the former army captain began to realise that, while people can see clearly his physical challenges, Renate's hidden struggles are much less visible but can be equally, if not more debilitating.

Bernie knows his family's brain injury journey is not an uncommon story, and now he speaks below of the vital importance of receiving the right support, at the right time...

Bernie, 41 and from Wimborne, Dorset, thought he had just broken his ankle when he crashed at 80mph during the famous Cresta toboggan race in St Moritz in March 2008. He soon discovered that his leg had in fact, been severed off below the knee.

Microsurgeons in Zurich managed to sew the limb back on, but Bernie was told that it would take two years before he could walk again and he may never regain full mobility. Instead, the soldier, who served in the 4th Battalion The Rifles, based in Bulford, Wiltshire, asked for his leg to be amputated and was fitted with a false leg.

To make matters more traumatic for the Bambury family, Bernie's accident occurred less than two years after his mother Renate suffered a serious brain haemorrhage while living in Germany with her husband Philip.

Find the fragments of positivity

Following her brain haemorrhage, Renate remained in a coma for 28 days before finally starting to show signs of improvement.

"Day three of my mother being in a coma, I decided to go for a run to clear my head," Bernie recalled.

"I realised that even in dire circumstances, we have to try and be upbeat. We have to find those fragments of positive energy to drive us forward and enhance our capability to deal with difficult situations.

"So, we played my mum music at the hospital bedside to help create a positive atmosphere and we chatted as happily as we could muster. Even though she was unconscious, I believe it helped her journey to recovery."

Powerhouse of a woman is gone

"Given the severity of my mother's brain bleed, her level of recovery has been extraordinary," Bernie explained.

"Even so, she is fundamentally changed. It is a very odd thing. You do not get to mourn the person you have lost – they are still alive in shell but their spirit is different.

"The intelligent and unruly powerhouse of a woman that brought us up has gone. For those who knew her before, she was, simply put, a beacon of joy! The most loving, caring, and mischievous mother anyone could wish for.

"She remains as loving and caring today, only less able to express it." 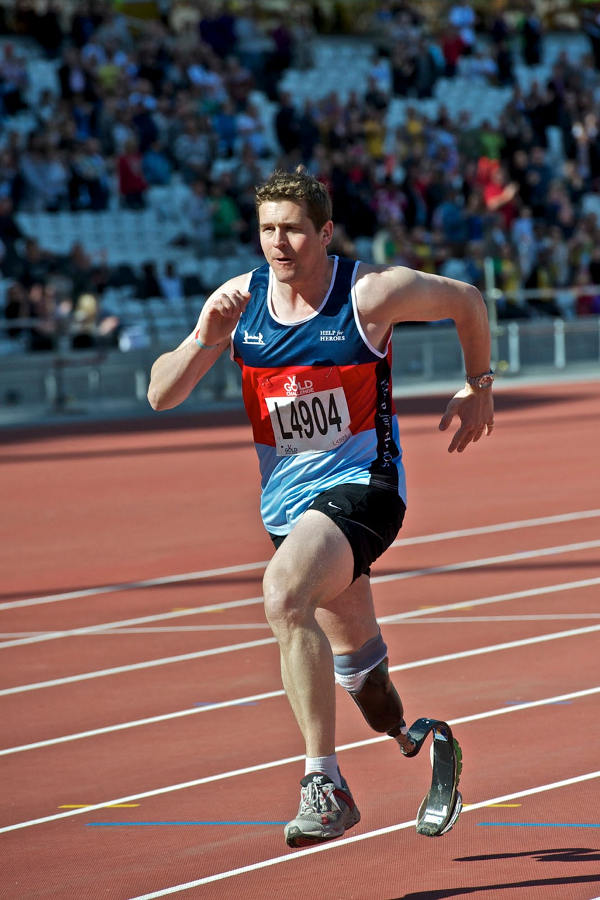 Brain injury pulled the floor from under their feet

"The tragedy is that her brain haemorrhage happened while my parents were living in Germany," Bernie continued. "My father, Philip, didn't know about Headway to turn for support. He did everything alone with no respite. Out of all of us, my father is the one who has done the real hard work.

"After 40 years in the army, he retired to enjoy life in Germany with my mother, but brain injury pulled the floor from under their feet. My father's devotion to her and capacity to love is amazing, and there is no honour great enough to show how brilliant he has been. He is an extraordinary person."

In some ways it's easier for me

A decade on from the family's ordeal, Renate and Philip have now moved back to the UK to be closer to Bernie with hopes of buying a house, though brain injury is an ongoing battle.

"In some ways it is easier for me," said Bernie.

"When I wander along wearing shorts in public, people can see that I have lost a leg.

"The hidden effects of brain injury are not so obvious. If you were to meet my mother and have a 30-second conversation, you would not know there is anything amiss. Only those closest to her can perceive clearly the issues and complex cognitive challenges she faces on a daily basis.

"We now have some knowledge of how damaging and hard it is to have your life turned upside down by the effects of brain injury. Be that your Ma, your mates or other members of your family. The more that can be done to help, the better!"