“My mom and my dad got together when they were teenagers. They were soul mates. It's sickly I know to think about it, but they really were. The love between them was undeniable. My dad cared so much for my mom. He treated her like a queen.

“The grief never goes away. You still sob. You still ache. You still feel like you want to be with your loved one rather than here. But you learn to live with it. You learn to manage it, most days.”

At the age of 18, Lauren Gilligan experienced a family tragedy. Her much-loved father, Steve, suddenly passed away at the age of 52 from a brain haemorrhage, leaving the family in a state of shock and desperately trying to cope with their grief.

At the time, Lauren (now aged 31) had just started her first year at the University of Plymouth.

“I had a call from my older brother,” explains Lauren. “He told me that our dad had gone to hospital but that it was nothing to worry about.

“However, half an hour later I received a call from my mom who told me I needed to get home quick as my dad was really poorly and would probably die.”

Lauren rushed back and learned that earlier in the day her father had developed a severe headache and, a short while later, was found by her mother drifting in and out of consciousness in the family bathroom.

Steve was rushed to hospital and placed into an induced coma. Immediate tests showed that he had experienced a very severe category four bleed on the brain.

“A few days after his arrival onto the unit, they operated on my dad to stem the bleeding,” recalls Lauren. 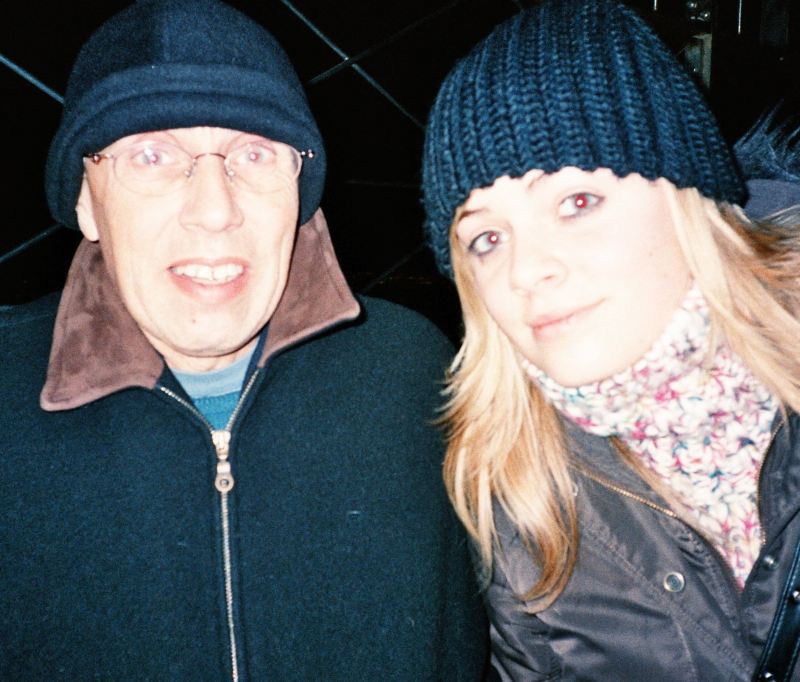 “A coil was placed in the aneurysm that caused the bleed. A few days after this, they gradually woke him up. He remembered us. That was one of our biggest fears. The damage from the bleed had had a minimal effect on him.

“He was slightly loopy, but we think that was due to the medication he was on. He could hold normal conversations with us, and it was truly wonderful.

That day, when we returned from visiting him at the hospital, we sang and danced loudly to The Killers. He had survived. It was all going to be okay!

However, in a terrible twist of fate all was not okay.

Explaining this, Lauren says: “The operation was the best procedure at the time for my dad’s type of haemorrhage, and the doctors were positive about the outcome.

“However, there was a risk with the operation he underwent. Sometimes after this procedure, patients can become brain dead within a week.”

We had a call from intensive care to say that my dad was going to die and that we needed to get to the hospital as soon as possible. Family and friends came to visit him that day. They all said goodbye.

“Dad was back in a coma and was being kept alive by a life support machine. At 5pm it was just me, my mom and my brother at his bedside. They switched off the life support and we held his hands, sobbing, telling him how much we loved him.

“During his final hours, we made the decision to donate his organs. We found some comfort in knowing that others would benefit from my dad’s death. His liver went to gentleman of a similar age, and his heart valves went to a number of babies.

My dad has saved several people’s lives. He is not just my hero, but other people’s hero. It was his last gift to the world, and wow, what an amazing one!

Coping with the grief

In the days, weeks and years following Steve’s death, Lauren’s family began to process the pain his death had caused and to develop coping strategies for their grief. 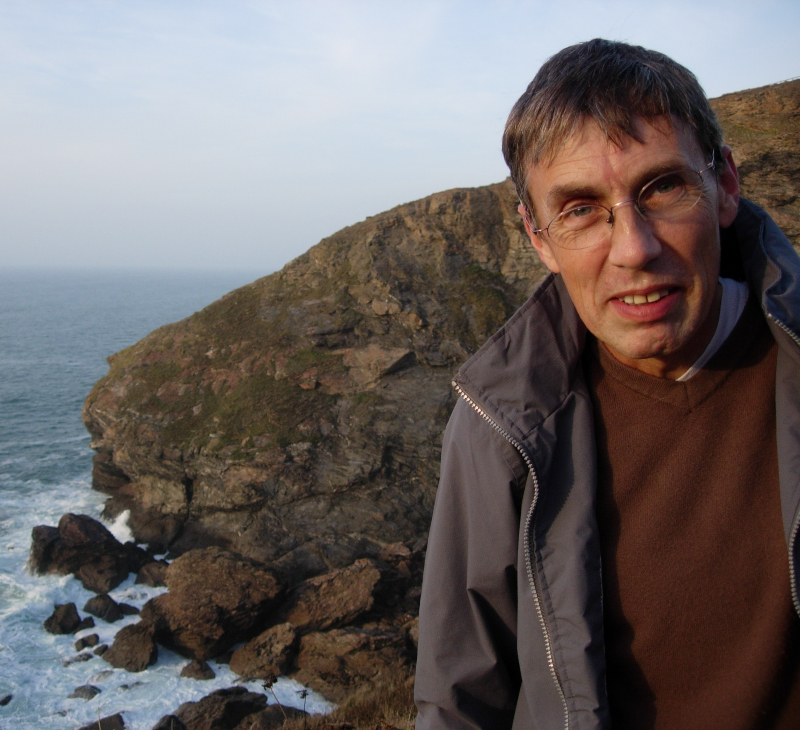 It tore our lives apart, yet bought us closer together. Me, my mom and brother used each other as a crutch. We spoke for hours, daily, mostly crying.

“I was back in Plymouth, my brother was in Manchester, and my mom was alone in Birmingham. It was really hard. My mom was overwhelmingly lonely. Sure people were kind and helpful and visited her, but it's not who she wanted to walk through the front door and comfort her. That person was never coming back.

“We were brutally honest with one another. We helped each other where possible. We tried to continue with life, but there was a massive hole that couldn't be filled.

“I felt numb. It's an impossible situation to comprehend and it’s difficult to understand how that can settle in your brain, particularly at the age of 18.

“I remember feeling awkward about telling people, like my work, friends etc. I felt too shy to be honest, mostly because I didn't know how others would react and it'd make me upset or feel awkward how they reacted.

“Once all my close friends and family knew the situation, I weirdly wanted to talk about it and him all of the time. I wanted people to talk to me about it. I wanted to tell my story and my dad’s story. At the time I thought it was odd, but I guess I wanted to keep the memories alive.

I felt like I didn't care about life. I didn't mind if I died. I would be with my dad, and that felt okay. I wasn't suicidal, I just behaved like I was invincible because I had no fear.

“As time goes on, what changed for me was experiencing things and doing things when I know my dad should be here. Like at graduation, or my wedding, and my children being born. That’s what gets me upset. Knowing he should be here for those milestones. I have to almost grieve again for him not being here and I have to prepare myself for the emotions that I might feel on those days.

“I made a memory box. I kept all the precious things in it. I still have it beside my bed now. Some of it is newspaper clippings, his socks, and probably what most people would call junk, but to me, it's priceless. I also spoke openly with my mum. We still now speak daily for an hour or so. We are so so close. Speaking about him makes me feel happier. Sometimes I find it frustrating when people are too scared or shy to talk about death. Talking about him keeps my memories and him alive. I would happily talk all day about him.”

Lauren has gone onto marry and start her own family with husband Matt. The couple have three-year-old twins – Sid and Elsie.

“My son Sid is named after my dad. When my mom and dad were dating, his nickname was Sid. Sid is so very kind, he's practically minded, funny (he loves telling jokes), he's gentle and extremely loving. All traits that my dad had.

“Elsie is also funny and straight to the point when asking a question but in a caring way, just like my dad. Both talk about my dad and say that he lives in the stars. It's really hard keeping his memory alive in my children’s eyes, but I am trying my best and whenever they talk about him, I well up. It's heart-warming.”

Lauren and her family were supported by Headway in the months following Steve’s death. “When dad died, we asked for donations at his funeral for Headway. We also went to our local Headway group Birmingham and Solihull a few times. It was good being able to honestly and openly talk about my dad and his injury, with people who understood and offered the right sort of support. I know that my mom had good support from them, and for me living a few hundred miles away, this was a big comfort.”

Lauren and her mother are running the 2020 London Marathon to raise money for Headway.

“We wanted to run the marathon to make a difference, to raise money for a charity that means so much to the both of us. Headway offer such amazing support to those who have suffered brain injuries and to friends and families of those with injuries. We wanted to increase awareness and also help fund rehabilitation and reintegration into community living etc.

If me and my mom running the marathon means that one person or family got the support they need, when they need it, then we would be absolutely over the moon, and every mile, blister and aching limb will be well worth it.

Lauren is hoping to be spurred on throughout the marathon by running each of the 26 miles in memory of someone’s loved one.

“Their name would be printed on my vest or on a ribbon attached to me,” she says.

If you’ve been inspired to donate by Lauren’s story, or would like her to run a mile in memory of your loved one, visit her fundraising page.

This site offers those who have lost loved ones to brain injury a way in which to share precious memories with family and friends in a safe, secure and private space. Visit the website here.