For some survivors, the emotional, behavioural and cognitive effects of a brain injury can have an impact on existing relationships.

For Sarah Allwood, who was just 15-years old at the time of her brain injury, maintaining a relationship with her boyfriend while trying to manage the effects of her injury became all too much to handle.

A reduced concentration span and memory issues presented challenges within their relationship and meant that the two childhood sweethearts were forced to separate.

But more than a decade later and after all those years apart, their paths crossed again and they both fell back in love and got married.

My relationship with Doug was what you’d expect of any typical teenage relationship. We spent a lot of time together, hung out in the same circle of friends and had plans for our futures together.

But in April 1998, Sarah’s life, and her relationship, were put on hold when she was hit by a car.

“I was with a friend of mine and we were on our way to meet up with my boyfriend,” recalled Sarah. “We had just broken up for the Easter holiday and I remember being in high spirits. I had a lot to look forward to.

“We got off the bus and went to cross the busy ‘A-road’ to go to my boyfriend’s home where we were meeting friends in a nearby village.

“It was thick fog that evening and there is no crossing point on that road, so you have to make a dash for it. My friend ran across the road and I didn’t even think before following her, I just ran.” 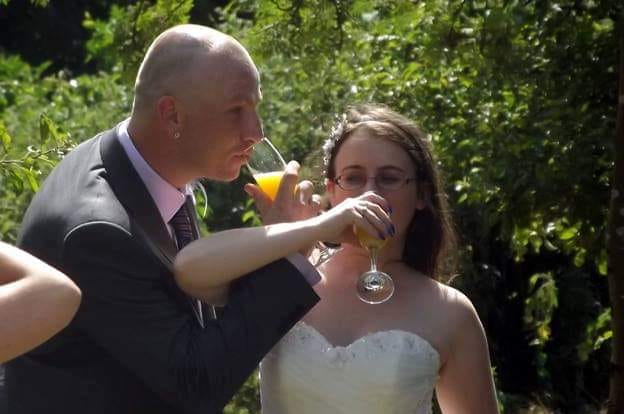 While crossing the road, Sarah was hit by a car travelling at 40mph and thrown into the air. She was left with a fractured skull, swelling on the brain, a collapsed lung and a number of broken bones.

Sarah said: “I was extremely lucky as if it wasn’t for the emergency service staff that were conveniently at the scene, my chances might not have been so great.”

Sarah spent 11 days in a coma, fighting for her life. Thankfully she regained consciousness but had to spend the next three months of her life in hospital, relearning some of life’s most basic skills such as walking and talking.

It was during her time in hospital that she and Doug separated. 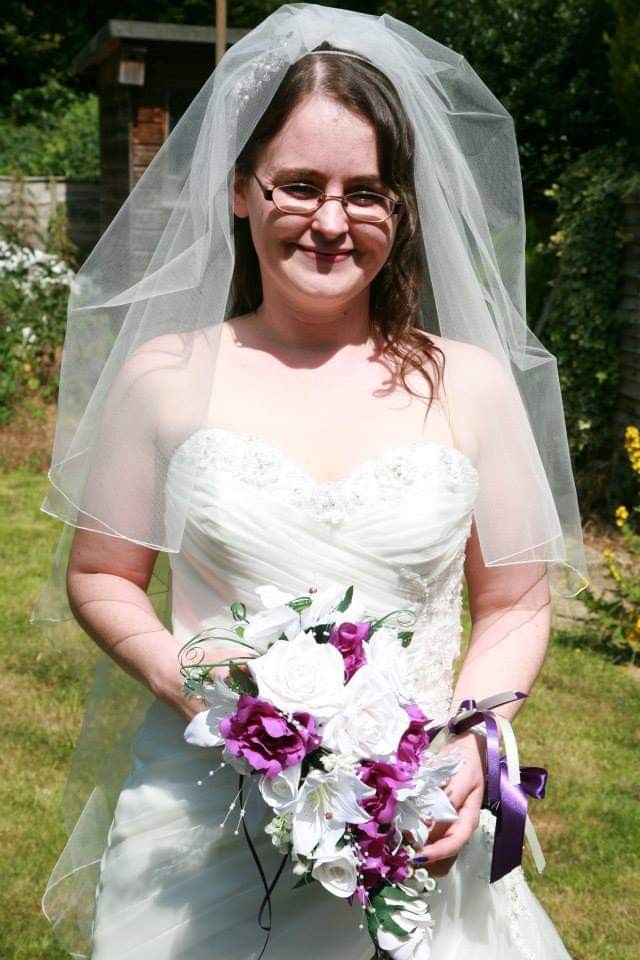 “It was my mum who told Doug that he needed to give me time and space to recover, and he did just that,” said Sarah.

As is the case with any teenage breakup, it was difficult to come to terms with. But paired with the fact that I’d just had a near-death experience, I was certainly in a dark place.

Despite her difficulties, Sarah channelled all her energy into her studies and was able to finish her GCSEs.

Throughout the next decade, Sarah led a successful life and took up volunteering for a local charity.

But she still felt that something was missing.

She said: “There was a hole in my life where Doug used to be. We never really got closure and things ended so abruptly.”

But 13 years after her brain injury, a mutual friend reintroduced the two.

Sarah and Doug started dating again, and despite the challenges presented by the effects of her brain injury, the couple have now been happily married for six years.

Sarah said: “There have no doubt been difficulties in the relationship, but Doug has a great understanding of my injury.

It can be difficult to explain what you’re going through to someone who hasn’t got a brain injury, but the information on the Headway website is a real help.

“I use the information to learn more about brain injury and the stories on the website have helped me come to terms with my own struggles.

“Keeping a sense of humour and opening up to each other about our problems has been important in maintaining a healthy and loving relationship.”

We explore the stages of traumatic brain injury, from initial impact to potential long-term complications