As a local councillor, Noelle Robinson works hard to make sure the voices of her constituents are heard.

But as a brain injury survivor, she knows firsthand the struggles of explaining a hidden disability to others.

After the breakdown of her marriage, Noelle Robinson spent 20 years juggling two jobs to support her three daughters.

By day she worked as an estate agent, before spending her evenings and weekends working for the Police Service of Northern Ireland.

But in 2007, the 59-year-old took on a new role managing a local estate agency office in Bangor, County Down, Northern Ireland and settled in well.

Noelle also remarried and, with her youngest daughter having flown the nest, she was enjoying having more time to herself. She had even discovered an interest in current affairs and politics.

But on 11 March, 2011, while out enjoying a family meal, Noelle's life took her down a different path.

"I wasn’t feeling great so after the meal we came home quite early and went to bed," she said. "My husband realised that I was very heavily asleep. He was tossing and turning and he didn’t want to disturb me, so he went into the spare room."

At 3am, Noelle was suddenly awakened by a severe pain in her head.

"The pain was unbearable and I was totally confused," she said. "I tried to call my husband from the spare room, but my voice just wouldn’t come. I tried to reach for painkillers, but my arm wouldn’t work either." 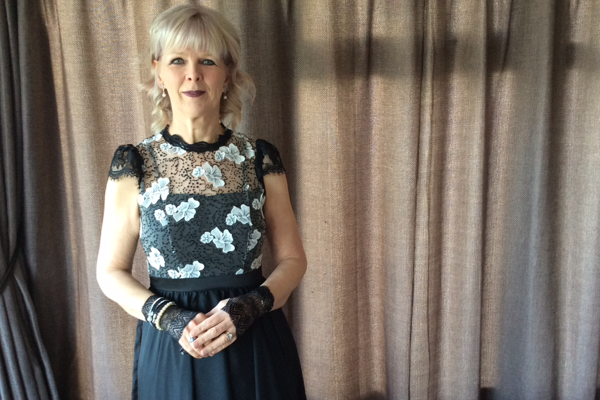 I eventually made a noise, a very slurred speech had returned. Then my memory goes blank.

The next thing Noelle remembers is being violently sick in the toilet, and as her voice returned, asking her husband to call an ambulance. Within 15 minutes paramedics arrived and rushed Noelle to Ulster Hospital in Dundonald.

When she complained of shooting pains down her spine she was taken for an urgent scan which revealed a burst aneurysm had caused a bleed on her brain.

Noelle was ‘blue-lighted’ to the Royal Victoria Hospital in Belfast where she underwent surgery to coil the aneurysm and stop the bleed. 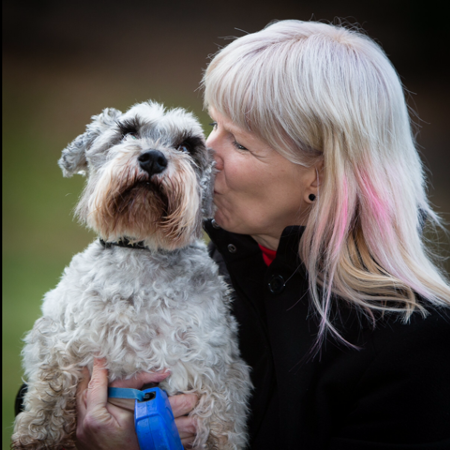 Just a week later, at Noelle's request, she was discharged from hospital.

"At the time I didn't appreciate how serious a brain injury was," she said. "We're all so used to picking ourselves up and getting back on with it I didn't stop to think about the impact of my injury. My main focus was getting home."

But after she was discharged from hospital, Noelle struggled with the lasting effects of her brain injury.

"I had extreme mood swings, severe exhaustion and difficulty with walking properly," she said." Just making a sandwich was draining. Even talking would leave me absolutely exhausted at times.

Looking back I would have really appreciated the support of an organisation like Headway.

Noelle and her husband were grateful that his employers allowed him to have 10 days compassionate leave to support her in her recovery.

Eventually, Noelle was able to go out for short walks using a stick and after six months she was able to drive.

Three months after her brain injury Noelle returned to work, only to be told she was being made redundant as a result of a severe downturn in the housing market.

"It was real shock, but I was in survival mode," said Noelle. "I thought, 'right, this is another blow. What now?'"

Noelle had dusted herself off and picked herself off many times before and within weeks she was working as a personal assistant to the former leader of the Green Party in Northern Ireland, Steven Agnew.

"I was entering a whole new work arena, I had a lot of new skills to hone and tasks to deal with," she said.

"But I loved to be out and about with people and enjoyed the community aspect of the job. It was something I was really passionate about and it encouraged me to take my role in politics further."

In May 2014, Noelle was elected a local councillor on Ards and North Down Borough Council, serving as an independent. She draws on her own experiences as a brain injury survivor every day, especially in her roles of Chair of the Disability Forum and Council Diversity Champion.

It's my job to make sure everyone's voice is heard and it's really rewarding.

"I explain 'this is how people want to be treated and this is what we need to do to help' because I want everybody to be treated equally," she said.

"I use my own experience to help me have even more empathy with people who have certain issues surrounding service delivery and customer care." 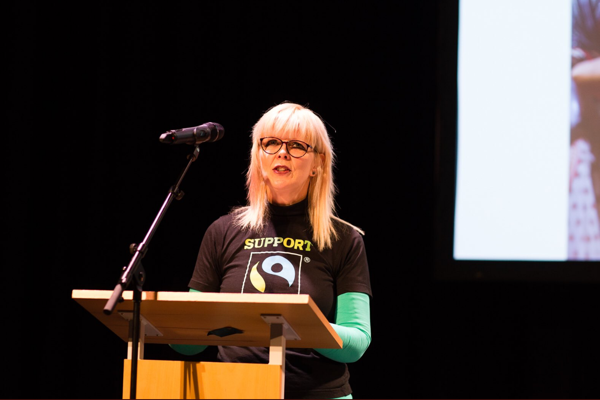 Although Noelle has made a good recovery, she still lives with the lasting effects of her brain injury.

"I am lucky in that I have recovered very well, although I lost my sense of smell entirely and I still have a degree of aphasia," she said.

"I still become exhausted at times, and my memory and concentration are not great, but I manage well.

"I feared that I might have difficulty with public speaking, which is essential in my role a councillor. But I have found that if I make good notes, stay calm, and slow down a little, I can manage just fine.

Knowing how difficult it can be to explain the hidden effects of brain injury, Noelle was delighted to speak about her first hand experiences when Headway launched its Brain Injury ID card in Northern Ireland.

Having an invisible injury can be difficult to convey to others. The card makes me feel that, should I go a little ‘vague’, people will understand what is happening and give me a little more time.

"For this reason, I really love having my ID card with me at all times," she said.