A picture speaks a tho...

A picture often speaks a thousand words. For brain injury survivors and their loved ones, a photo can be a reminder of lost memories or a symbol of how far they’ve come since the injury.

Whether it's a photo that shows a meaningful moment during recovery, a holiday snap that brings back happy memories or a picture that gives you hope, photographs can be a great tool for reconnecting with the past and providing inspiration for the future.

We asked our Facebook followers to share a photograph that was meaningful to them following their experience with brain injury. Below are just some of the responses we received. 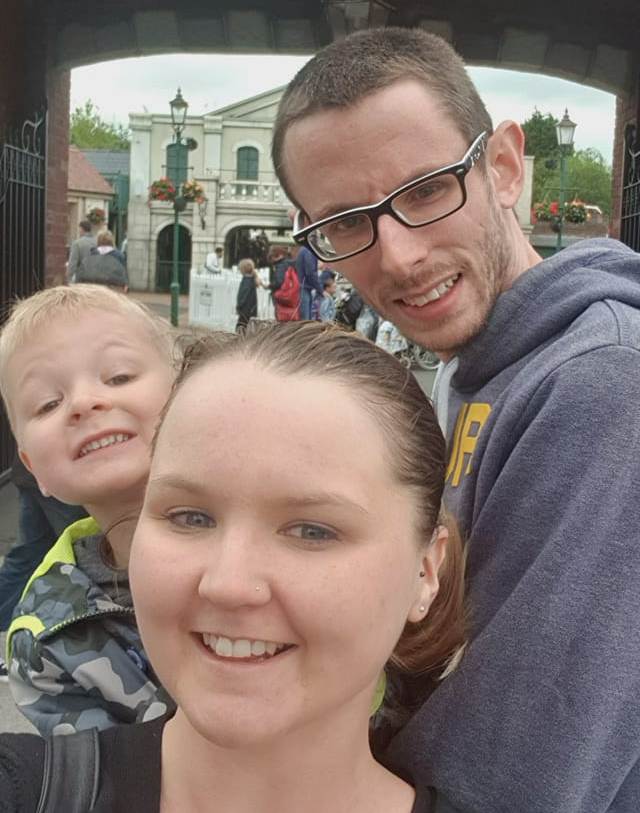 Becki with her husband, James and son, Oscar

27-year old Becki York sustained a brain injury after being hit by a car when she was a teenager.

She was left fighting for her life in a coma and doctors were unsure as to whether she would ever wake up.

Five years ago Becki became a mother to Oscar. Talking about the photograph she shared with us, Becki said: "This photo means a lot to me. I love how happy my son looks and how happy we all were on that day.

"We weren't sure if I'd ever be able to have kids after the damage the brain injury had done."

We didn't know how I'd cope. I am so proud of myself being able to be a mum.

"I love my family and the smiles we all share, the memories we make."

But this devastating event brought about a new friendship for Lisa. Whilst reading her local gazette, Lisa came across an article about Michelle Williams – a brain injury survivor who also had a ruptured aneurysm. Lisa was inspired to reach out to Michelle and they’ve been best friends ever since.

Lisa said: "I lost my mum and it was devastating for me and my family. But meeting Michelle was a silver lining and she gave me a whole new outlook on life. 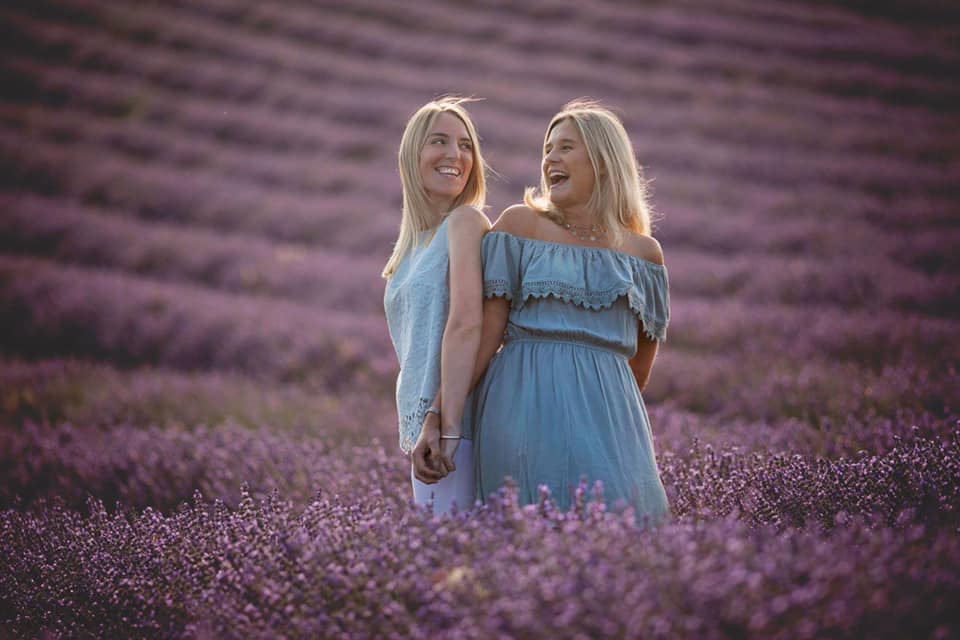 Lisa and Michelle enjoying the outdoors

This photo reminds me that great things can come out of your worst experiences. 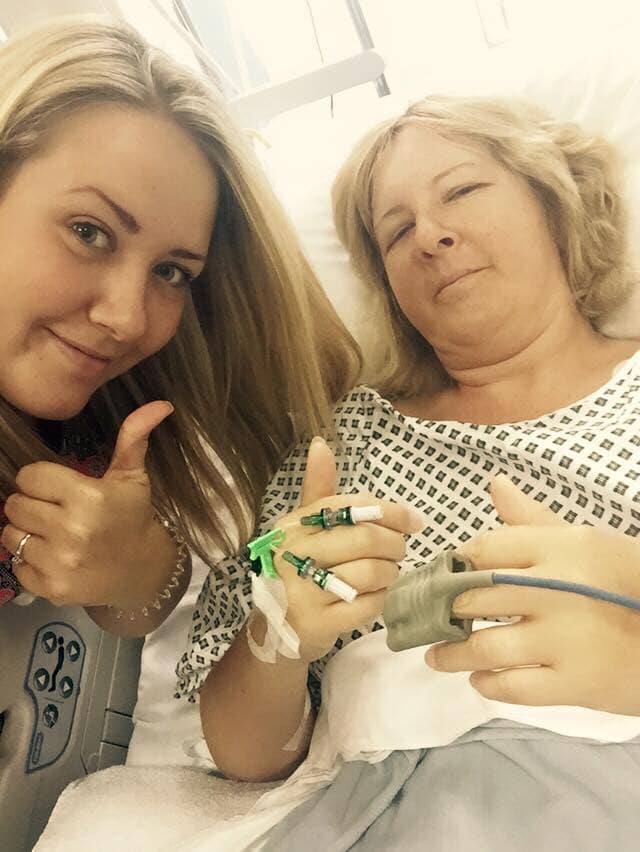 Hospital selfie with Lauren and Deborah

Following a parent's brain injury, it can be difficult for children of any age to come to terms with the effects of the injury and the cognitive, physical and emotional changes their parent may be facing as a result.

28-year old Lauren Draper is all too familiar with this experience.

In 2015, Lauren's mum, Deborah Johnston, underwent surgery to coil a brain aneurysm. The procedure was a success but it left Deborah with life-long effects such as balance issues, short-term memory loss and headaches. Deborah also has difficulties communicating and often gets her words mixed up.

Talking about her mum's communication problems, Lauren said: "We've all learnt to laugh along with her at some of the things she comes out with - but I know it affects her confidence deep down.

"Luckily she's been able to use her Headway ID Card if she gets flustered and this has been a massive help for her."

On our Facebook post, Lauren shared a photograph of her and Deborah in the hospital post-surgery with the caption 'I am very proud of you'.

Lauren said: "It was a little selfie just to show our friends and family that everything went ok with her operation. It was a photo that we would be able to look back on to remember such a big, scary day for us."

You can read Deborah's story here.

Amy Green sustained a severe diffuse axonal brain injury in 2016, leaving her with weakness on the left side of her body, cognitive difficulties and memory loss.

She shared a photograph of her dad asleep by her bedside whilst she was in hospital. Talking about why the photograph means so much to her, Amy said: "This photo is very special to me because at the time I felt very lonely. But now I've come through the other side I realise I wasn't lonely at all.

"My family and partner were amazing after my injury and they were always there for me. To me, this photograph shows that even though it may not feel like it, there's always someone there for you." 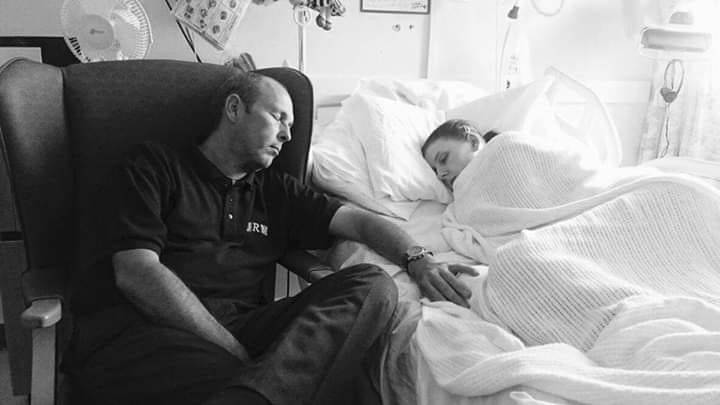 Nap time in the hospital for Amy and her dad

Amy now uses her experience to help others by volunteering on the rehabilitation ward where she was a patient. 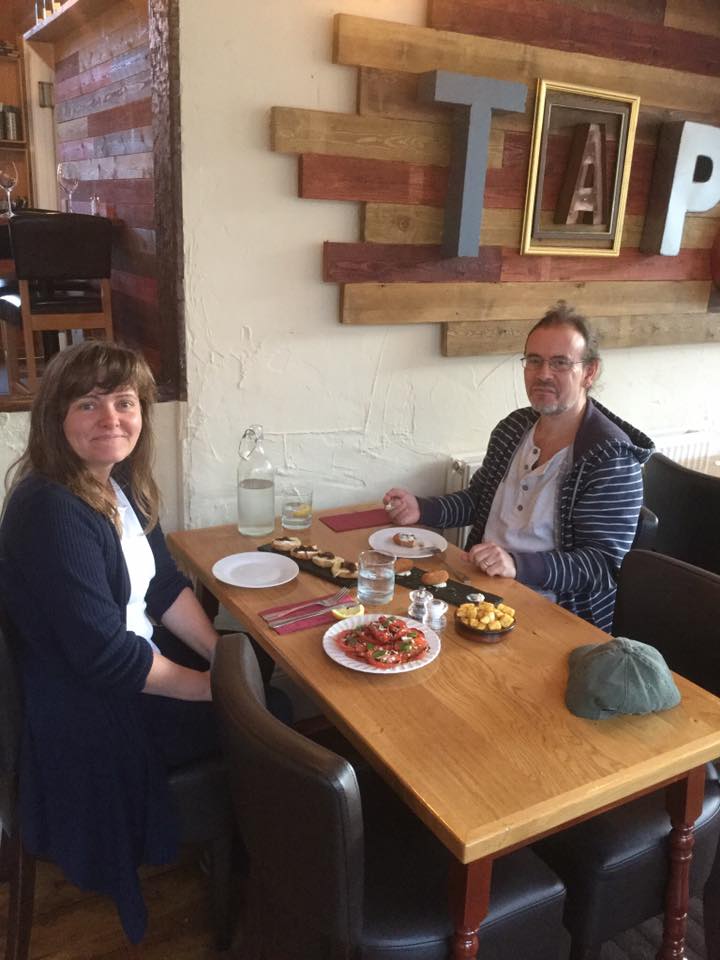 The thought of losing a loved one to brain injury is almost too unbearable to imagine, but sadly, for people like Julia Pring it's a terrifying reality.

In 2017, Julia's husband, Lewis, had a subarachnoid haemorrhage that proved near-fatal following complications in the hospital. Julia was told that if he did survive, the prognosis wouldn't be good.

Thankfully, three months later and in time for their 17th wedding anniversary, Lewis was discharged from hospital. The photograph that Julia shared shows the couple celebrating their special day at a local restaurant.

Julia said: "This photo is meaningful to me because I came so close to spending that anniversary as a widow. Whenever caring for him gets too difficult, I look at this photo and remind myself that I could be learning to live without him instead."

Following his brain injury, like many other survivors Lewis struggles with memory loss. But he's able to use photos to record details of events and activities. Photographs have also proven invaluable in helping Lewis to understand how far he's come following the haemorrhage.

"The positive reinforcement goes a long way in helping him through the tough days when negativity looms," said Julia.

Brain injury doesn't just affect the survivor; it can transform the lives of entire families. Amy Louise Williamson knows this all too well.

Amy's brother, Paul, had an accident at work which left him with both traumatic and hypoxic brain injuries. He was working on a ladder when he was electrocuted and his heart stopped. Paul fell to the ground and his head hit the concrete floor below.

Amy and her family were told that Paul wasn't going to survive and they should brace themselves for the worse. Thankfully, Paul did survive but he's been left with ongoing effects of his injury, most notably his severe mobility difficulties.

Amy said: "The photo I shared was a beautiful moment. After 10 years of hoist transfers or the use of a mechanical standing frame, this was the first time we were able to stand him up as I supported him."

It was our first proper hug in 10 years - I think you can see just how much it meant to the both of us! 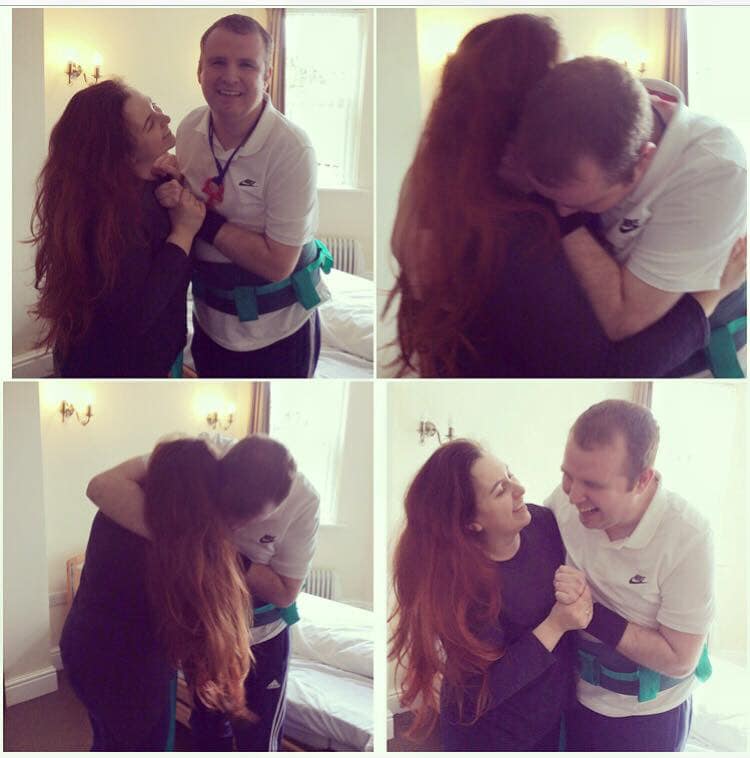 Paul standing for the first time with the help of his sister, Amy 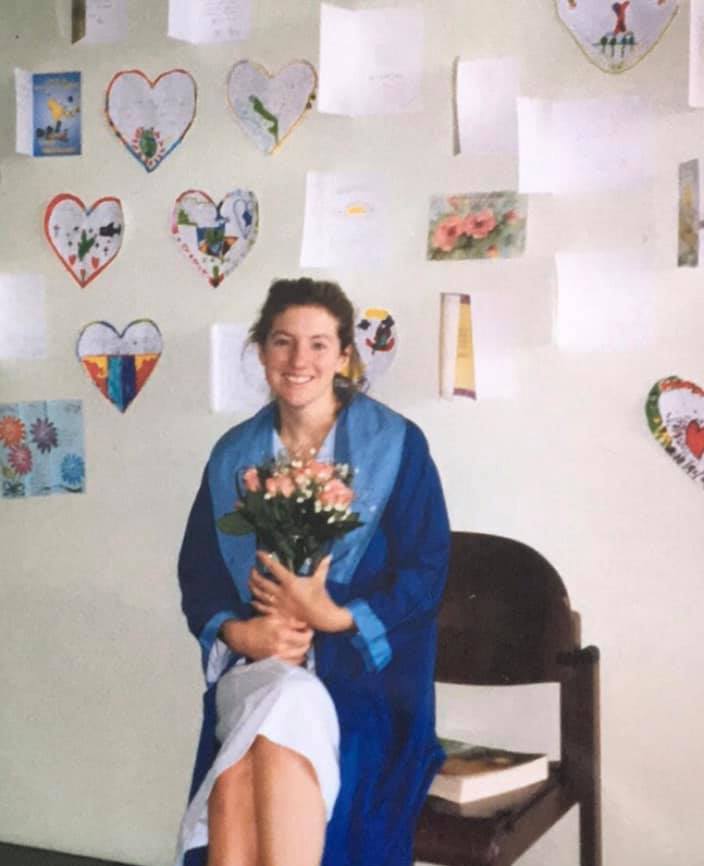 Joanna with the gifts from her pupils

Ex-school teacher Joanna Dalton sustained a traumatic brain injury when she was involved in a road traffic accident.

A distracted driver hit Joanna's car head-on at 50mph, leaving her unconscious with a broken collar bone and knee cap, and a bleed on the brain.

Unfortunately, the CT scan of Joanna's brain didn't reveal the full extent of her injuries. It wasn't until she had a seizure years later that an MRI scan showed the severity of the accident.

The results showed significant damage had been caused to numerous brain lobes, as well as to the white and grey matter. As a result, Joanna's injuries meant that she couldn't return to the job she adored.

Speaking about the photograph she shared with our Facebook followers, Joanna said: "I have chosen this photo which shows me smiling and surrounded by the cards and flowers given to me by the children in my class."

Following her discharge from the hospital, she said: "I felt alone and far from home and longed for the days of carefree teaching and watching my students develop. There were moments of sorrow and mourning for the person that I was."