Since he was a boy, David Greer dreamed of circumnavigating the globe.

But when he sustained a brain injury in 2012, he thought his dream had died.

He never imagined that five years later, he would leave his family behind and spend 365 days sailing the seven seas.

Post-traumatic amnesia. Poor balance. Cognitive difficulties. Emotional instability. These were just some of the issues David Greer was left struggling with after he sustained a brain injury in June 2012.

But David's brain was telling him he had fully recovered, so he was shocked to learn that he was not allowed to drive and that he could not return to his role as a Chief Executive Officer. He felt he no longer had a purpose in life and sank into a deep depression.

By January 2013, still far from normality, David took up cycling and found a new purpose. To start with, he spent more time falling off his bike than sitting on it. But by August 2015, he successfully competed in the 75-mile Tour de Broads Road Race and raised £500 for charity.

Around two years later, David’s mood started to decline as he yearned for a new challenge. A childhood love of sailing inspired him to research the Clipper 2017/2018 Round the World Yacht Race. 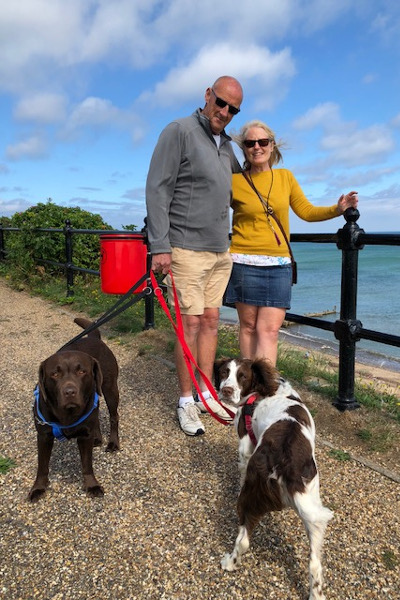 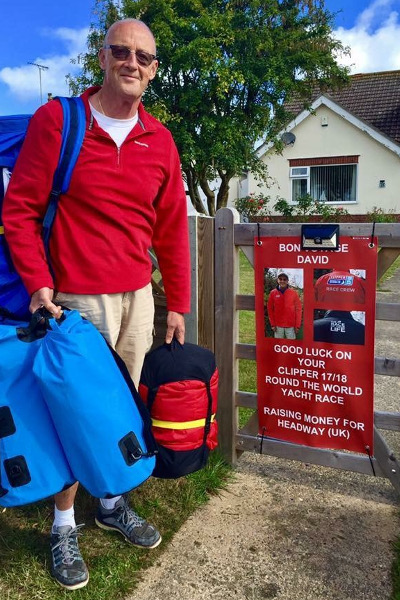 The event involves 12 identical 70-foot ocean yachts racing more than 40,000 nautical miles through the most extreme conditions, from the blistering heat of the equator to the 140-foot waves of a hurricane in the north Pacific Ocean.

Since David's grandfather gave him an atlas as a child, he had spent hours daydreaming his way around the globe. But David believed that his brain injury had put an end to his dream, as he knew how fit he would need to be both physically and mentally to endure the challenge. When he was selected in January 2017, he was shocked.

After five months of land and sea training, David left his home, family and beloved dogs behind and set sail.

On board the boat conditions were cramped with no luxuries. There was no privacy, just basic shared bunks lining corridors, nooks and crannies. There were no showers and there was nowhere to hide when the going got tough.

David was one of up to 22 sailors working on the boat at the same time. The two-foot space between the bunk and the toilet was often taken up by people repairing sails or trying to get a dry suit on whilst the boat attempted to roll them over. Working and living in such close proximity with others was one of David's greatest challenges.

"Brain injury doesn't do much for your social or executive skills," he said. "Living cheek by jowl with more than 20 people can be quite wearing."

Everyone has their little idiosyncrasies, in the first week they were quite amusing, but by the end of the trip you could quite happily nudge them off the back of the boat! 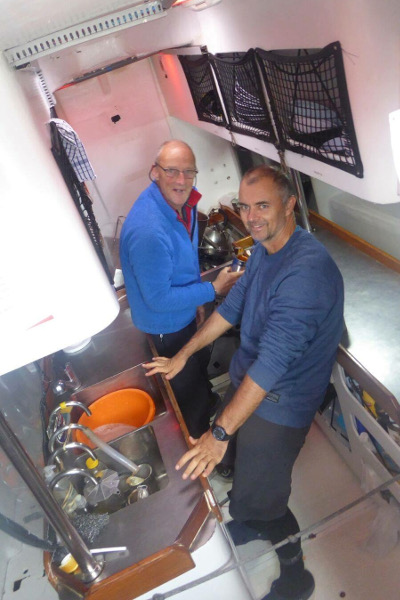 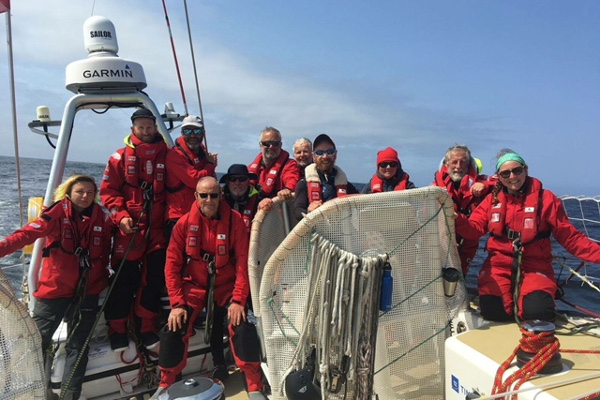 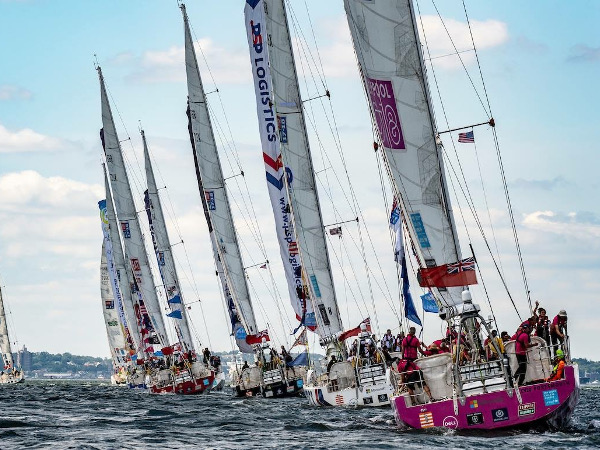 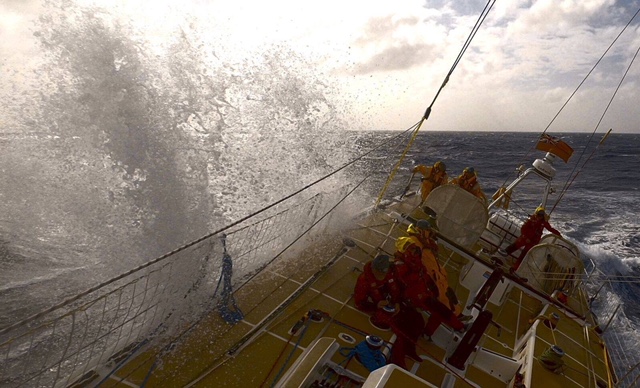 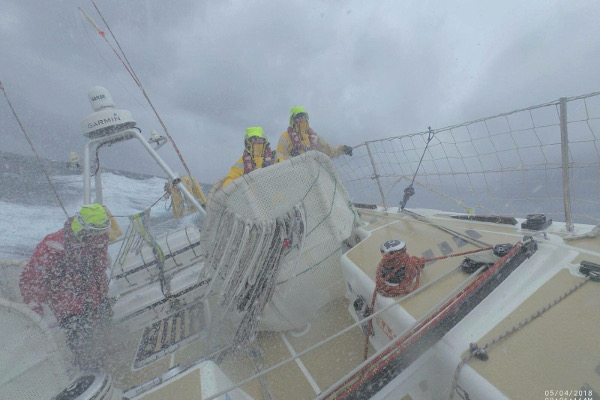 The boat sailed 24/7 so sailors worked shifts of four or six hours on and off. On some days, David survived on no more than four hours of sleep. It would be a struggle for anyone, but for a brain injury survivor susceptible to fatigue, it was extremely challenging.

Dog watch was the most punishing, which was when the crew worked from 8pm until midnight and then 4am until 8am. But our reward was the magnificent sunsets and sunrises to calm our tired minds.

By the seventh leg of the race, the on-going impact of his brain injury exacerbated by permanent lack of sleep became too much. Knowing how important it was to take care of himself and not become a liability to his fellow crew as the likelihood of making major mistakes grew as his fatigue increased, David took a break to recover.

For a brain injury survivor who has on-going issues with balance, fatigue and socialisation to complete the challenge with just one break is a monumental achievement.

The boat performed at its optimum when heeling at a 45-degree angle – so David had to sail, sleep, cook, eat, go to the toilet etc at that angle too. No easy feat for a brain injury survivor with balance issues. 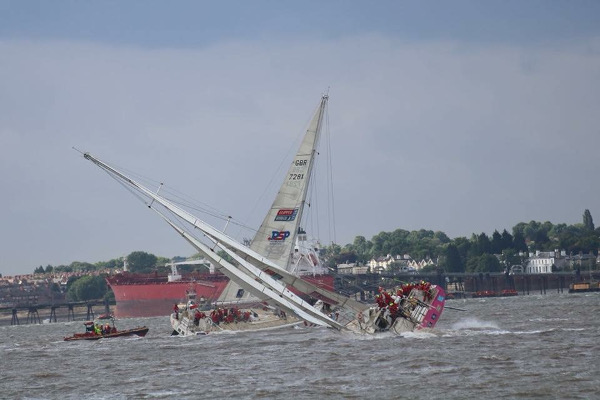 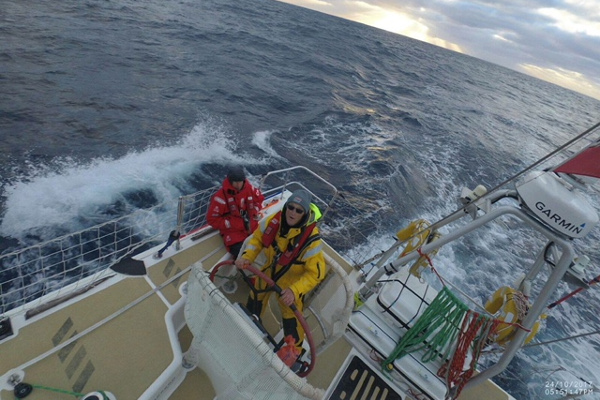 But some of the negative effects of David's injury worked to his advantage in his new surroundings. His OCD tendencies meant that he was truly diligent in his role as lead bosun, ensuring that all running equipment was in the best possible condition.

His yacht never broke down due to problems with parts, and his inability to multi task meant that he could truly focus on the job at hand.

"I was treated to the very best that nature delivers," he said. "Racing whales and dolphins in the company of wondrous birds such as the albatross. I was hit by flying fish and saw turtles circling the boat. I encountered the most spectacular sunrises and sunsets and learned about many different people and cultures.

"I was never happier than when at the helm, steering the yacht through all conditions. The rougher the conditions were the more I enjoyed them. I never felt frightened, I trusted my crew mates and particularly the boat, designed and built for ocean racing." 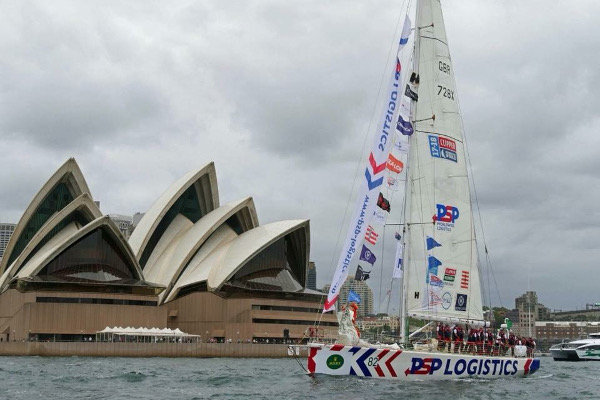 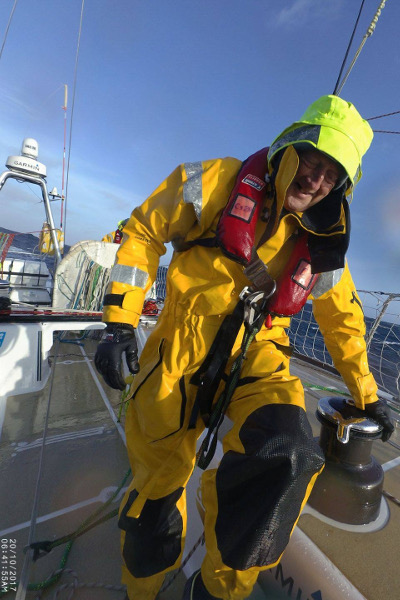 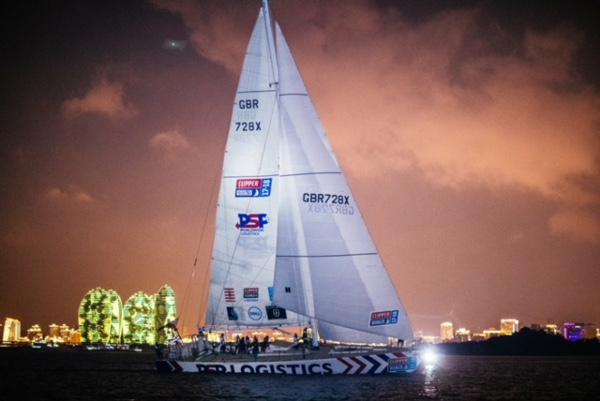 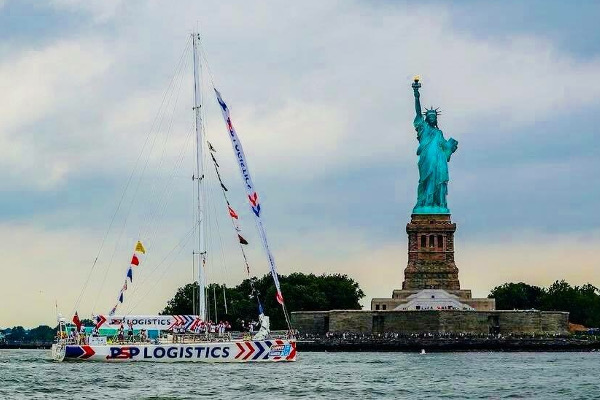 As well as achieving more than he ever thought possible after his brain injury, David has raised more than £2,800 including Gift Aid so far for Headway in the process. He hopes that several after dinner speeches may raise more.

"If people with brain injuries look at what I've achieved and it gives them hope for the future and motivation to continue trying to improve themselves then it was worth doing," he said.

"I have learned that it is still possible to dream and if one is determined enough, to realise dreams. Not all dreams have to be as big and as daring as mine, but whatever your dream my advice is to follow it.

"I have always hoped that none of us regret the things that we have done but I am sure that we all regret some of the things we haven’t done, fulfilling dreams that make us most proud of ourselves” 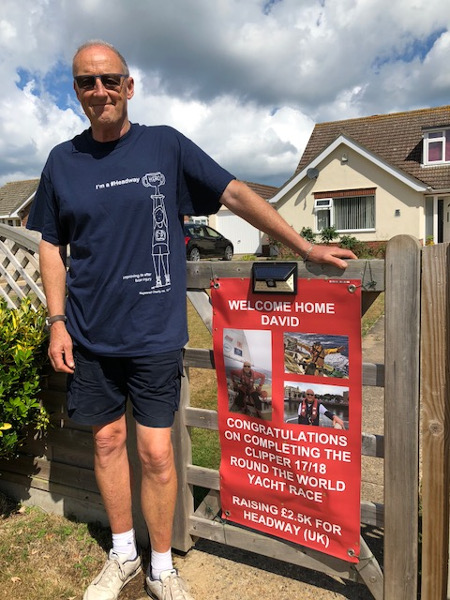