Below is a fascinating personal insight into the experiences of a 12-year-old boy admitted to hospital with a brain injury in the 1960s.

On this day anyone over the age of fifty was likely watching the return of the Apollo 11 mission from the moon.

But as Neil Armstrong and Buzz Aldrin returned to planet Earth, 12-year-old William Windle was experiencing the devastating effects of stroke.

Earlier that day, William - now aged 62 - had been enjoying the first week of the summer holidays with his friends. The group of young boys had lit a fire in the woods when William began to feel unwell. Thinking he was overcome by the smoke, he decided to call it a day and headed home.

On his return, William’s mother was angry at his sooty appearance and put the kettle on for some warm water so he could get washed.

“The whistle from the boiling kettle made me feel funny,” recalls William. “I had a whistling sound in my right ear (mum said it was the kettle) and within 10 minutes of being home I collapsed in front of the kitchen sink, backwards into my dad’s arms.” 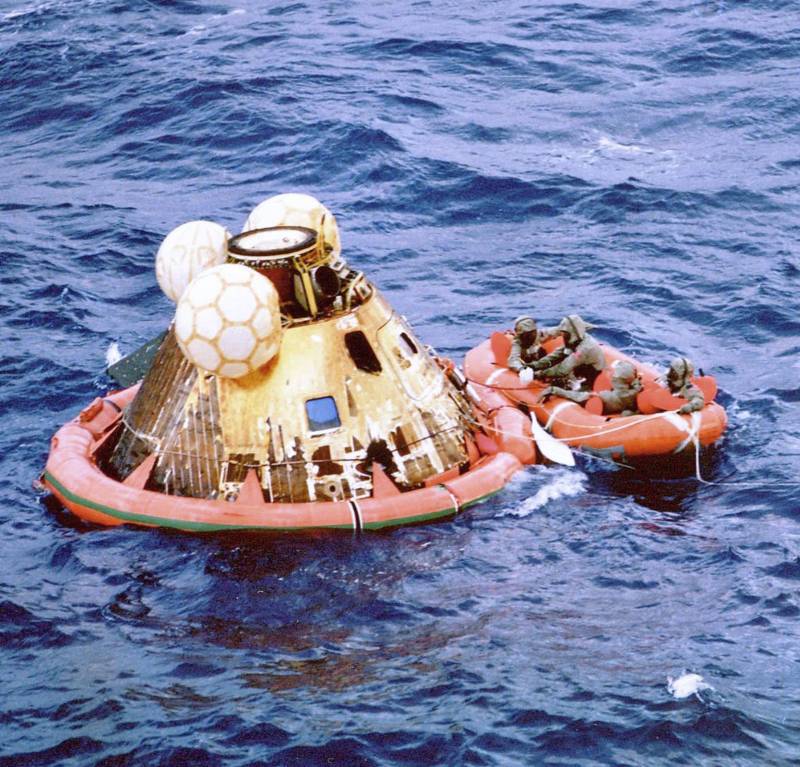 William had lost consciousness and was carried to the living room to lie down. When he awoke he realised that he had missed one the most iconic moments in history.

I found myself coming round on our settee seeing Apollo 11 landing back on Earth and the capsule bobbing up and down in the water as the astronauts waited to be rescued.

“I too was praying to be rescued... from this terrible feeling of being completely unwell, nauseous and smelling of smoke. I felt sleepy and sick and kept bringing up black smoke-stained vomit into the kitchen bowl.”

Fifty years ago mobile phones were unheard of and William’s family didn’t even have a landline so fetching help took time. William’s dad went out to find a public telephone box to call for the doctor.

Following an assessment from the doctor an ambulance was fetched. 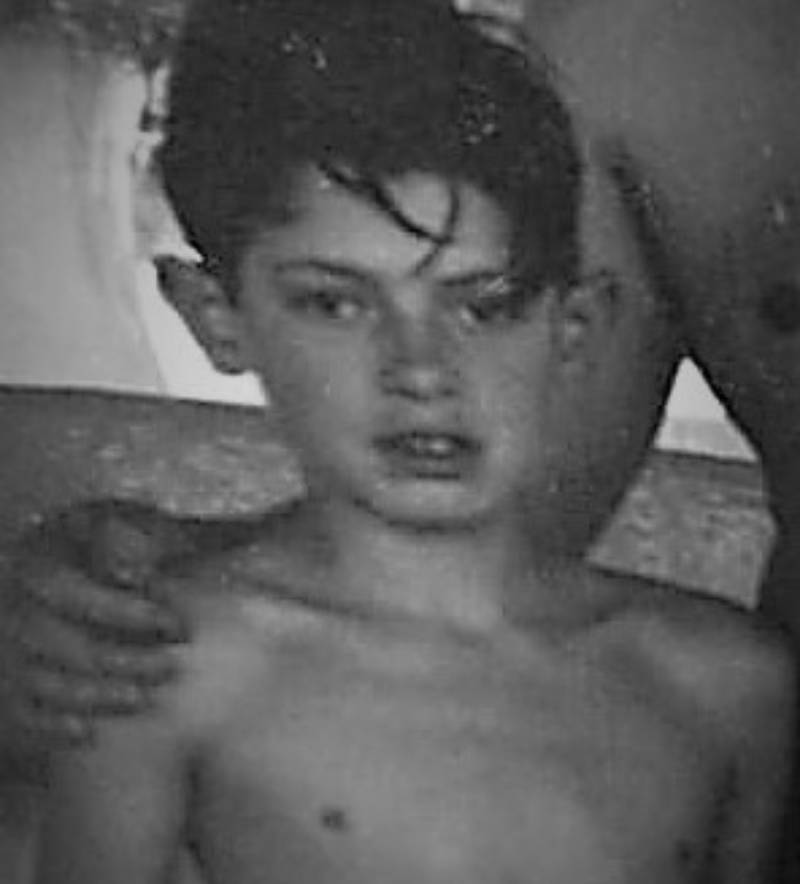 “I remember there were two ambulance men who put me in a chair and carried me down four flights of stairs from our top floor maisonette to the awaiting ambulance.

“My mum was crying, kissed me and said I would be okay and would soon be home feeling well again.”

William’s doctor had given a hand-written note to his dad that simply stated: ‘This child is said to have been affected by smoke from a bonfire but as he is lethargic and sleepy I wonder if there may have been some head injury.’

William was admitted to Preston Royal Infirmary. He was extremely tired and disorientated and was also experiencing weakness down his left side. However, his diagnosis was unclear.

William has clear memories of his time in hospital and recalls being well looked after and the medical staff on the ward being cheerful and friendly.

“I could request songs on the hospital radio channel and remember someone requesting Clodagh Rodgers ‘Come Back and Shake Me’ (one of my favourite tunes at the time) and the DJ saying this record is for Willie Windle aged 12, who is on the Medical Ward. I was so impressed.

Nobody had mentioned what was actually wrong with me and I enjoyed my adventure on the grown-up’s hospital ward, especially the man in the next bed to my right, called Mr Farrington, who told me numerous funny tales.

“The man across from my bed kept passing out and his face became swollen and purple with nurses running to his bedside with a mask connected to a large cylinder.

“I was a little worried for that man although, Mr F smiled and said ‘He’s gone on Safari again lad’.

“I also remember a tall, completely naked man being chased down the ward by three or four nurses, one carrying a large needled syringe shouting for the man to stop. “

After 15 days in bed, William was transferred to the specialist Holden Neurosurgical Ward.

“My new ward was lovely and bright and this specialised unit had lots of windows bringing daylight and sunshine flooding in. I was also able to see blue sky and a small well-kept garden with flowers and some wooden benches for patients and visitors to sit, chat and enjoy the scenery.

I couldn’t help but notice that quite a few patients on the ward were wearing white cotton stockinettes on their heads.

"Once again, the Holden Ward appeared to be an adult men’s ward."

“’Oh well’, I thought to myself, this is a specialised unit and I was going to receive special treatment and again the nurses were so lovely, so kind and friendly.

“I thought to myself ‘I’m going to like it here’ and I settled in quite nicely waiting for my visitors to arrive.

“I remember the nurses having a radio in a room not far from my bed and enjoyed listening to songs being played. I think it was the Jimmy Young show in the morning until around 1pm.

“The songs which stick in my mind from August 1969 were ‘My Cherie Amour’ by Stevie Wonder (it was Number 4 in the Top 30 at that time) and ‘It’s Getting Better’ by Mamma Cass Elliot.

“I thought the words were so appropriate with the predicament I was now in.

“My treatment chart stated that I must not get out of bed under any circumstances and that I couldn’t have any food.

“Since arriving in this ward things started to happen very quickly.

“My nurse explained to me that I was going to have an operation the next day. ‘WHAT’ I replied.

“She explained that there was a tiny little blood vessel in my head that was leaking blood, so the surgeon wanted to cut a little trap door at the front of my head to stop this vessel from ever bleeding again.”

I thought to myself that this day could be my last day ever. I shed a tear or two but was reassured that I was in good hands.

William’s operation took just over three hours in total. Some 50 years later he still has the medical notes from the neurosurgeon who performed the procedure. These say: “when I got in (brain) I noticed an area of discolouration on the cortex up near the mid-line and aspirated about 10ccs of dark fluid blood.

This clot was about the size of a tangerine orange which I sucked away and there was the little angioma! No bigger than the end of one’s little finger, sticking into the medial wall of the clot cavity.

“On this day I had my stitches out – 24 in total and I was presented with them wrapped in a piece of white gauze to later take home with me as a souvenir of my time on Holden Ward.

My head had been cut from the centre of my forehead to about five inches along in a relatively straight line, and then down towards my right ear.

“I was finally discharged after 25 days in hospital to go home with a clean white stockinette over my head.

Dad and my Uncle Eddie came to pick me up in my uncle’s blue and white Triumph Herald and within 15 minutes I was back home with Mum, Dad and my sister, Marie. 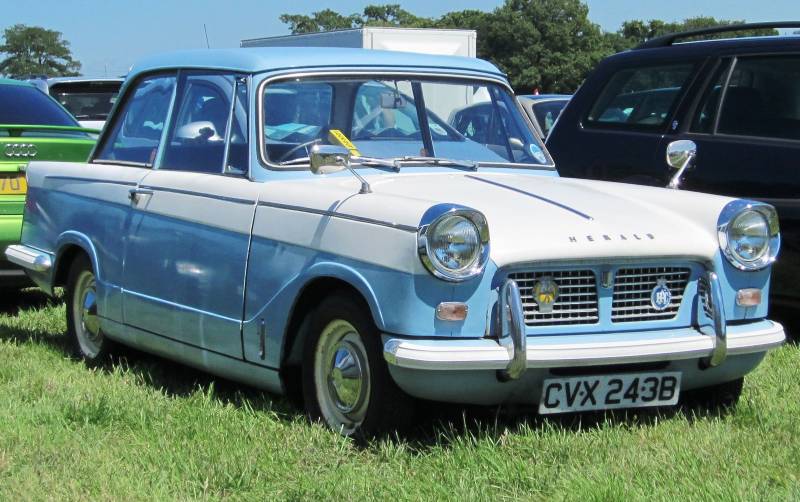 11 weeks following the day of the Apollo 11 landing, William returned to school.

The opinion of his doctor stated: “This boy has made a virtually complete recovery and I think he can be treated like a normal lad. His hair has grown very nicely. He can therefore, go to school and take an active part in games- swimming, football, etc. There is no reason why he should not head the ball like any other child. His head is no weaker.”

William left school in 1972 to start work as an apprentice plumber.

He married his wife, Susan, in 1978 and the couple have recently celebrated their Ruby wedding anniversary. They have three children and five grandchildren.

Looking back to the 24th July 1969 William says: “I can’t ever forget the day the Apollo 11 mission and American astronauts Neil Armstrong, Buzz Aldrin and the command module pilot Michael Collins landing back to earth. This day will forever stick in my mind.