“I cannot remember the moments leading up to the accident or indeed the four months afterwards. I never thought that something like this could happen to me.”

Kate Bosley and her husband John, from Maidstone in Kent, had always shared a passion for cycling. They rode together every week and even went on cycling holidays. It was on one such trip to Tenerife in 2013 that the lives of Kate, John and their children changed forever.

"It was day two of our cycle-training camp," John recalled. "We were returning to the hotel having cycled to Puerto de Santiago, which included a 20km climb up to Santiago del Teide.

"There was a long and fast descent and, fairly quickly, the group split as some of us went ahead learning how to take bends safely downhill. A small group of us stopped to wait for others to catch up. We waited, and waited, and eventually decided to continue on in case they'd taken a different route.

"We had been back at the hotel for nearly an hour before a couple of other riders joined us, saying they thought there'd been a puncture. That is when we heard ambulances in the distance. Someone’s phone rang. A shocked facial expression – was that a glance at me? Then I was passed the phone.

"Kate's party of cyclists had been involved in a pile-up, though even today no one knows the cause. As Kate was sitting upright, the team leader initially helped another cyclist who had clearly suffered broken bones.

"When we arrived at the scene, the road had been closed off and, half-way down, there was an ambulance. Beside it, Kate's bike stood against a fence – one shoe still attached. A few of her belongings were on the road, including her smashed cycling goggles.

"One of the leaders, Jeanette, drove me to the hotel to collect my things and then straight to Hospital de la Candelaria, in Santa Cruz, at the other end of the island. I sat nervously in silence with a sense of guilt that I had yet again cycled on ahead without waiting for Kate.

"I waited for hours in an unpleasantly busy A&E before a doctor told me: "I am sorry, but it is very bad." 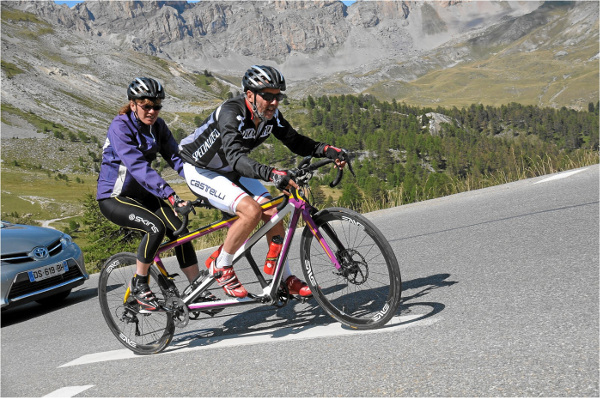 “I cannot remember the moments leading up to the accident or indeed the four months afterwards," said Kate, who is the former CEO at Heart of Kent Hospice.

“Before the accident, I would never have dreamed that something like this could happen to me. John and I have always been keen and competent cyclists who would ride our bikes every week in England.

“It was a very scary experience for John. While I was in a coma, he was the one left to face the unknown in a foreign country. If the complex and uncertain nature of brain injury wasn't enough to deal with, John soon found the language barrier an enormous challenge. He struggled to translate the stream of medical jargon as the Spanish doctors explained that I needed life-saving brain surgery.”

The couple's youngest daughter, Sarah, was just 16 years old at the time and had been on a school trip abroad when news reached home of her mother's accident. It was not until Sarah got off the coach upon her return to England that she was greeted with the terrible news by her sister Charlotte.

Having been told by John to expect the worst, the children flew out to Tenerife to be with their mother.

“The day John took the decision to fly home with Sarah so she could sit her GCSEs was the day I finally began to show signs of regaining consciousness,” said Kate.

“Improvement was slow, but I think my family were just so grateful that I was alive. Even now, I have absolutely no memory of the four months around the time of my accident.

“At best, there are some blurry flashbacks of my surroundings in the Tenerife hospital with the unsettling feeling that I'd been there a long time. However, I've had to rely upon the accounts of my husband and children to piece together the upsetting series of events."

Kate was placed on a medical flight back to England where she remained at a hospital in Maidstone for seven weeks, before being transferred to a rehabilitation centre in Sevenoaks, Kent, to begin a lengthy road to recovery.

Kate said: “Although I made the difficult decision to step down from my job following the accident, my brain injury has, in many ways, been harder for my family than for me.

“The strange thing is that I cannot remember the first Christmas Day after sustaining my brain injury. I had to be reminded of the day with prompts and photographs. According to family, we had a lovely meal together with friends and it was quite a special day. Thankfully, I have now been able to rebuild my bank of memories.” 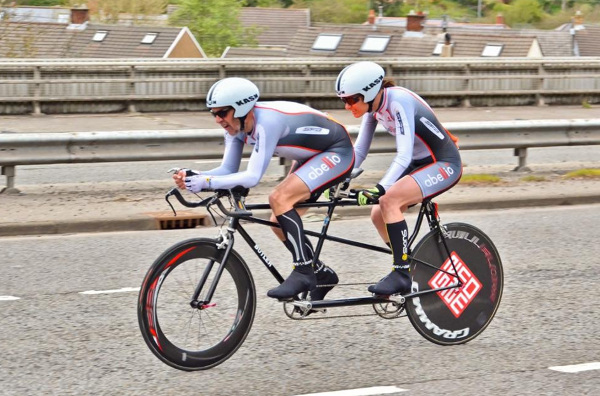 ReCycling Me: Back on the Bike

One year on from her ordeal, Kate decided to document her recovery in a novel. ReCycling Me: Back on the Bike innovatively tracks Kate's recovery from brain injury from each family member's perspective.

Kate added: “I am delighted to say that I am now back in the saddle and more committed than ever before to raise awareness of the importance of cycle helmets.

“Whether you are completing a 26-mile fundraiser or just popping to the local shops – wear a helmet! It might just save your life.”