Following a brain injury, some survivors may begin to experience problems or changes with their mental health. Conditions may develop as the person starts to understand the full impact of their injury, or pre-existing symptoms may be exacerbated as a result.

Brain injury survivor Eleanor Brander says that the hidden effects of her injury contributed the most to her ongoing mental health struggles.

Talking openly about her experiences, Eleanor, 43, said: “I was amazed by how people just expected me to return to ‘normal’ life. I struggled and still do.

“So many people asked me if I had a different perspective on life having been so close to dying, and I felt I should have come up with some philosophical statement about how different life was and how you need to live life to the full. Instead I just felt numb.”

She said: “The headaches first started when we were getting our house renovated. We had moved out of our family home and were living in a hotel. I thought the stress of having to live like this was what was causing the headaches.

“Every few days I would feel better again and life continued - but this went on and on. I then became really ill again with headaches and couldn’t get out of bed – I was in and out of consciousness, though I didn’t know it at the time.

“The doctor diagnosed me with a migraine and I was given prescription medication. I thought that was the end of it and I started to feel better.

“But then it came back, and I suddenly felt nauseous whilst driving my two sons to the local shops –I was unable to pull over so ended up being sick at the wheel! It was a scary time for me and my children.”

Eleanor scheduled an emergency appointment with her GP and she was booked in for a brain scan just a few days later.

She said: “I was looking forward to my 40th birthday before the scan and was due to have a big party at a local restaurant and I was determined not to let the headaches get in the way. My 40th came, and I don’t remember anything.

“I ‘fell asleep’ at the table, everyone thought I was drunk. I woke up in hospital three days later having had brain surgery and drains put in. My husband had called the paramedics to the house when I wouldn’t wake up the next morning.”

Eleanor was told that she had a colloid cyst on her brain and that she was suffering with acute intermittent hydrocephalus.

She had external ventricular drains inserted to release fluid, and later underwent a craniotomy to remove the cyst.

“Getting back to normal life was slow,” said Eleanor. “My recovery was good – but to begin with my hearing, memory and sight were awful.

“As time went on, negative thoughts started to creep in. I felt I had so little to offer life, why hadn’t I died? I had no skills, I wasn’t adding anything to anyone’s life. 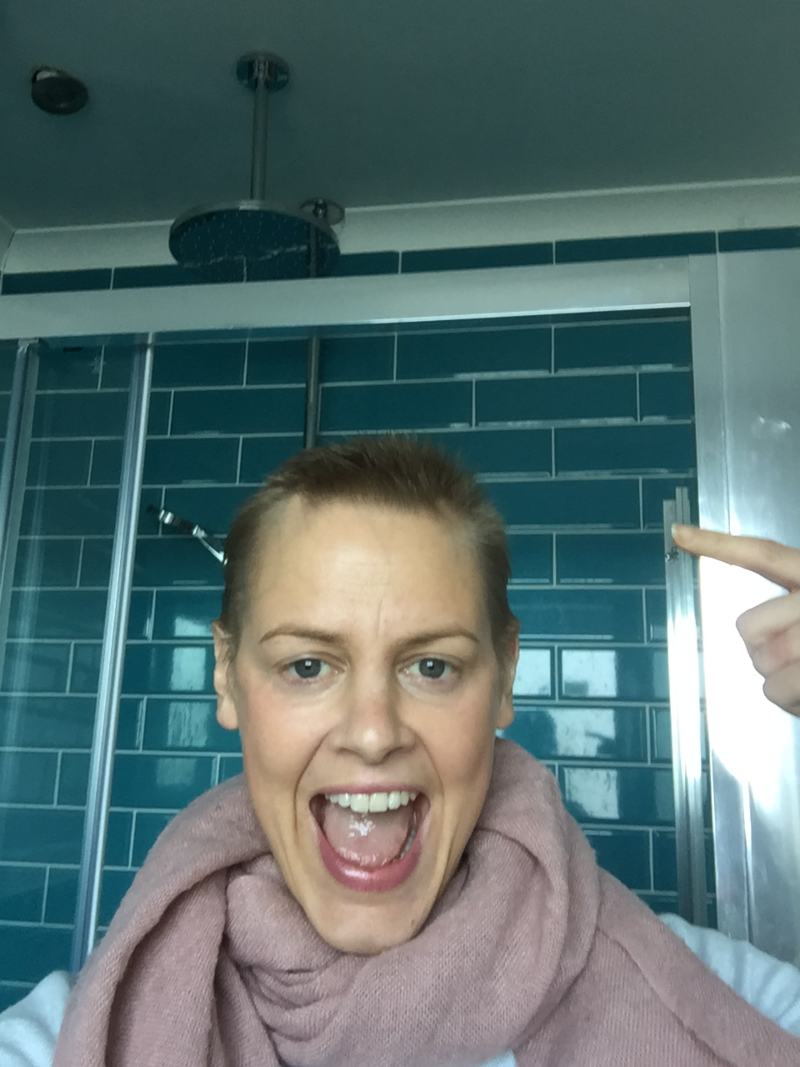 Once you start thinking this way it’s so hard to carry on living life like before. Instead of feeling inspired to live life to the full, I see a certain hopelessness and inevitability about life.

Eleanor was prescribed antidepressants and was encouraged to make use of counselling services on offer.

She was also able to take advantage of Headway’s online resources.

She said: “Headway’s website helped me so much. I was able to read other people’s stories and find out about what they were going through too.

“There was also a huge amount of information available. The factsheets were so helpful, they helped to normalise many of the symptoms I had like fatigue, anxiety and memory loss.

“To start with, I couldn’t find much information about brain injury that was clear and understandable – it was all very scientific. But then I found Headway’s website and it was easy to navigate and the information was so useful.”

With time, Eleanor has made improvements and is now hoping to start a teaching assistant course in the hope of finding full-time employment. But her poor mental health can still prove a challenge at times.

She said: “A lot of the time I suffer in silence because I don’t want to bore or worry people, but every day I feel the scars and bumps on my head when I wash my hair, and I feel people are looking. I can never shake that feeling.

“I feel a certain amount of anger at myself and other people. Myself because I get cross that I can’t move on, and other people because they assume I am ok. Others need to be more aware of how brain injury affects people mentally and psychologically.”