When Arthur Moore, from Carrickfergus, took his motorbike out for a spin after his 18th birthday in 1978, little did he expect the outing would end in years of brain operations and effects ranging from mood swings to loss of smell.

"I was so excited to finally get a motorbike on my 18th birthday," Arthur recalled.

"After six months of owning the bike, I crashed. Although I was wearing a helmet – which most likely saved my life – the blow to my head caused four fractures in my skull and left me with a traumatic brain injury."

Arthur was taken to the Royal Victoria Hospital in Belfast for medical examination.

Trekked home in the snow

"After the accident I had no confidence," said Arthur. "Although I received support from my friends and family, I became very withdrawn and would often sit on my own.

"Even when I was eventually discharged from the hospital, it was the beginning of a long journey of years of operations and recovery.

"For instance, that December, I started vomiting at a work Christmas dinner. I felt stressed by the situation and needed to get home to familiar surroundings.

Over the Christmas period, Arthur continued to struggle with his communication skills and began to notice discharge coming from his left nostril. After going straight to his GP for advice, Arthur was referred to the Neurology department at the Royal Victoria Hospital in Belfast. At the appointment, it was revealed that he had brain fluid leaking at the base of his brain, which caused liquid (brain fluid) to drip from his left nostril.

Doctors operated by taking soft tissue from Arthur's right thigh to seal the hole in his brain. 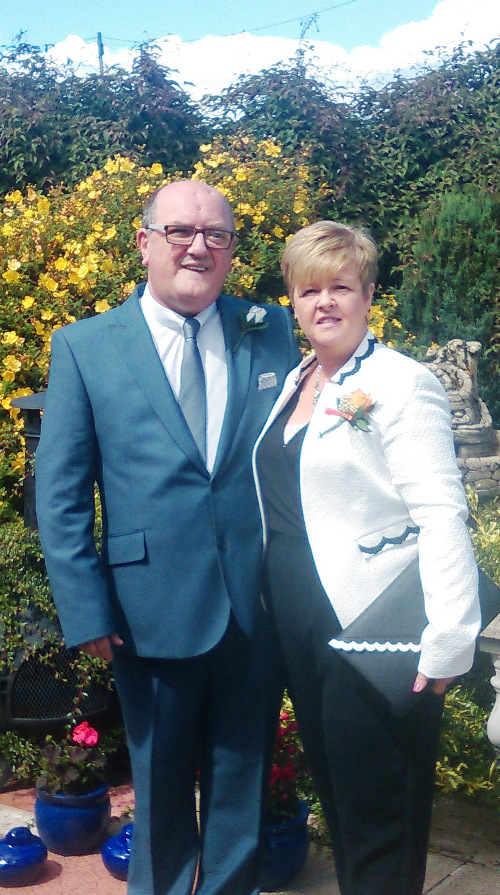 Arthur with his wife, Elaine

"One of the biggest problems I faced after sustaining my brain injury was an intolerance to loud noises," Arthur recalled. "Even now, I cannot stand too much noise and have to take myself off to somewhere quiet if things get too hectic.

"Coming from a big family, I lived in a busy house with six sisters and two brothers as a teenager and the noise, as you can imagine, was at times unbearable.

"Sitting in my room alone became the norm and I quickly became very isolated and lonely after the accident."

And yet more health challenges were around the corner for Arthur.

In 1987, one of Arthur's eyes began to protrude as a result of his brain injury. He sought medical attention and was given an angiogram in 1988 to check for blocked blood vessels. 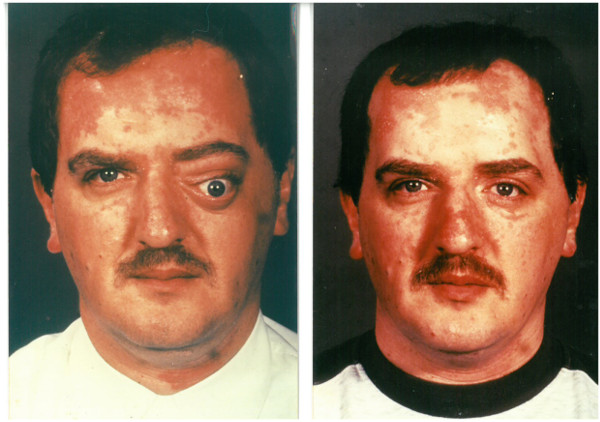 Arthur Moore after and before the accident

A year later, doctors discussed the option of reconstructive surgery but, due to risks, the operation didn’t take place until 1993.

Arthur explained: "During the eight-hour long procedure, three consultants and an anaesthetist were working on me and they had to split my skull almost in half in order to add a new floor to the base of my skull.

"They also took bone from my hip to reconstruct the area around my eye. Very clever people! I remained on the ward for two weeks before I was well enough to go home."

'Returning to work too soon made effects worse'

"Perhaps unwisely, I was back at work within a month after the procedure," said Arthur.

"It was coming up to Christmas and, as usual, there was a lot to do. There was no real support back then for people in my position. I went back to my job in retail very soon after being discharged from hospital simply because we needed the money. In retrospect, I shouldn't have returned to work so quickly as it made the effects of my brain injury worse.

"Although I was able to hold down a job for a while, I was living with mood swings and other challenging effects of brain injury. At first, my manager was supportive and helped me get back into the swing of work by offering to do the ordering for the first week to help reduce the pressure placed on me.

"But recovering from multiple surgeries after a brain injury takes much, much longer. I needed much more support than one week. I was soon under immense pressure and there was little external support in those days. Battling on while living with a brain injury and post-injury trauma.

Looking back, I don’t know how I held jobs down.

"I'm so lucky to have such an understanding wife," said Arthur.

"Mood swings caused by my brain injury were often a problem and would lead to many arguments. It's all about finding strategies that work for you to manage the more hidden effects of brain injury.

"I'm so proud that my two children have grown up to be such wonderful and intelligent people. Elaine and I delighted that our children have graduated into the worlds of pharmacy research and architecture. Brain injury or no brain injury, we must have done something right!

"Brain injury also affected my senses leaving me with anosmia (loss of smell). Everything smells like freshly mown grass. I still choose the food I enjoyed before my accident, and my wife cooks and I say I like the taste out of habit. But the truth is I could walk into a room full of gas and not know. It can be quite dangerous." 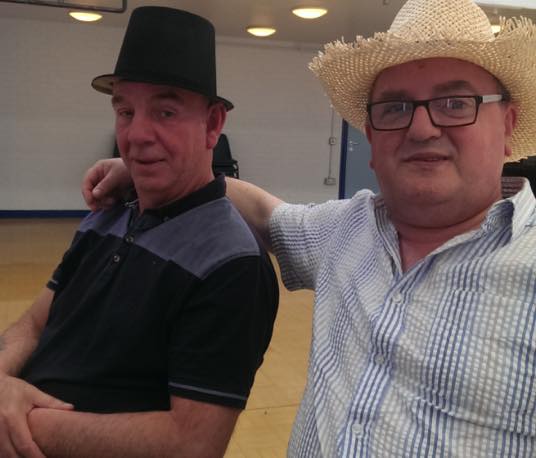 It wasn't until three decades after sustaining his brain injury that Arthur first heard about Headway while attending an appointment at the Regional Acquired Brain Injury Unity in Belfast.

Arthur recalled: "I saw contact details for Headway on a notice board and called the charity's co-ordinator for Northern Ireland, who kindly came out to meet me and introduced me to the local services. I've never looked back.

"Headway Larne’s services have helped a lot. I have had the opportunity to talk with other people who have brain injuries, which have helped to rebuild my confidence.

"As a result of the pressure brain injury puts on my health and social life, it can be difficult to socialise and maintain friendships. It is great to say that I am now surrounded by a lot of like-minded people.

"Although I still have problems, I'm now involved in a number of the charity's support groups and I’ve been more engaged in social activities during the weekdays, evenings and some weekend services, which is huge for me as I was never involved in anything social following my brain injury.

"I’ve enjoyed a number of opportunities that I didn’t think would ever be available to me, such as residential weekends and sports activity groups, bowling and even trying my hand at driving a 4x4 vehicle at our residential outing in 2015. I even delivered a presentation to more than 120 people at a Charity of the Year meeting. Despite often being a man of few words, I found my voice!

"Sessions are more about the friendships and people, rather than what we’re doing. New skills such as learning how to bake and getting involved with playing the guitar makes me look forward to every week at the groups – it's worth sitting in traffic for!

"Since joining Headway, I've achieved more after brain injury than in the 30 years of muddling through recovery on my own.

"I had a scan as recently as this year, after which I went straight to the Headway team for support and advice. Being part of the Headway community doesn't just have to be about support. I get away on outings and residential trips to places such as Todd’s Leap and the Share Centre, as well as the charity's annual The Way Ahead three-day conference.

Do not be intimidated

"My family are so proud of me and my progress," said Arthur. "They are also thankful that I'm involved in Headway services and say they've noticed I am more outgoing and involved than previously.

"My message to others that still face long-term effects even decades after their brain injury is: do not be too scared or intimated to seek help from Headway. Everyone is supportive and friendly, and the groups will help to lift you up."